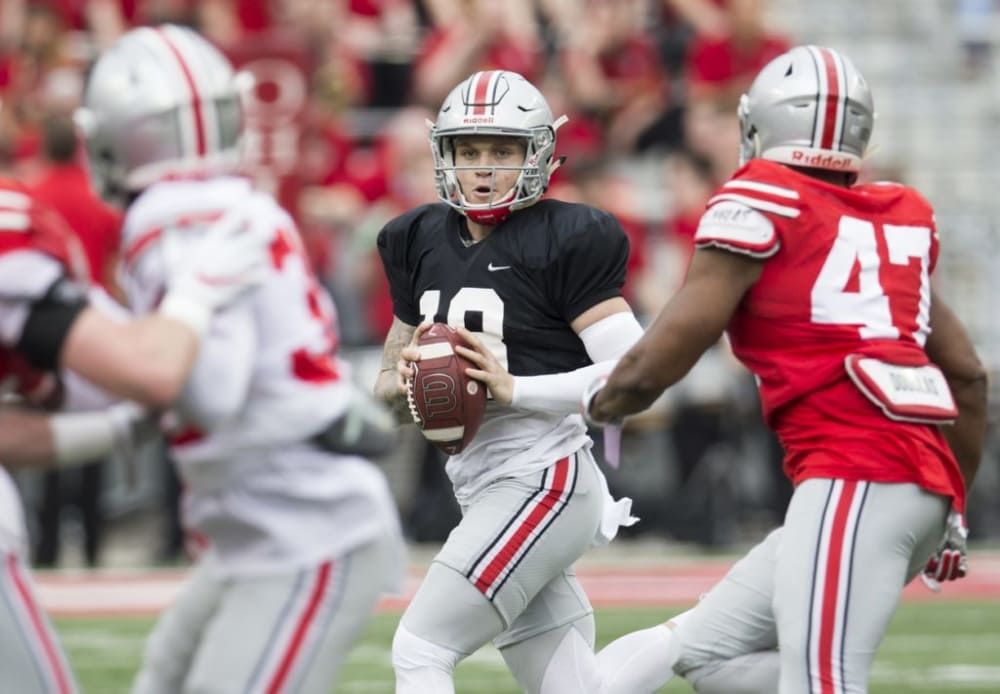 The speculation, debate and conversations about Ohio State never end, and Lettermen Row is always ready to dive into the discussions. All week long, senior writer Austin Ward will field topics on the Buckeyes submitted by readers and break down anything that’s on the minds of the Best Damn Fans in the Land. Have a question that needs to be tackled like today’s on Tate Martell? Send it in right here — and check back daily for the answers.

Why is it the assumption that Tate automatically leaves if Haskins is back in 2019? Unless he graduates early he would have to sit out a year if he transfers after 2018. Why wouldn’t he stay and play a little as Haskins backup with the depth chart his for the taking after 2018?

The speculation about touted quarterbacks who don’t have a full-time starting job is always going to jump to the possibility of a transfer. That’s just the way of the college football world at that position, and while it’s not exactly a new trend, it seems to be getting more and more prevalent every season as passers look elsewhere for clearer paths to playing time. And until Joe Burrow’s move to LSU this offseason, Ohio State had actually been enjoying a remarkable run of keeping the depth chart intact. Most notably, that turned out to be pretty crucial during the run to the national title in 2014 that included three different starters at the most important position on the field.

So, can Tate Martell show some of the same patience? And how much should the Buckeyes use when it comes to figuring out how much to get him on the field in his backup role this season? 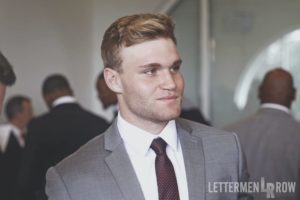 Tate Martell has been praised by Ohio State coaches for his maturity. (Birm/Lettermen Row)

Those are two of the most intriguing questions swirling around one of the more tantalizing prospects on the Ohio State roster right now. One answer is clearly going to have to wait for a bit and will also depend on some factors Martell can’t control, like how effective Dwayne Haskins is this season and how that might impact his NFL options. But the other topic will start getting sorted out in less than a month at training camp, and how Ohio State decides to use that dual-threat weapon Martell provides is going to be fascinating.

(It’s also entirely possible that Martell’s role this season could wind up being part of his future decision-making process, but that’s getting a bit ahead of things.)

In the short term, Urban Meyer is going to have to weigh the potential benefits of getting an explosive athlete on the field in what would likely be a special package to feature Martell. On the flip side will be the risk of injury for his No. 2 quarterback on a roster that only has three scholarship players at the position. There’s little doubt that Ohio State is going to have Martell involved in some capacity, and after redshirting, he also could use some live reps simply as part of his development. But they’re going to need to balance that with the fact that the Buckeyes have no shortage of elite playmakers coming back this season, which means the offense shouldn’t exactly be struggling to find a spark like the one Martell could provide.

Martell has made it clear from his first day on campus that he came to Ohio State to be the starter, and as competitive as he is, he surely wouldn’t be thrilled with having to wait until after the 2019 season for his shot to lead the program. But maybe a guy who has been widely praised by the coaches for his maturation has a different perspective now. And when it comes to his future, Martell might look at that as a fair amount of time until his turn arrives — especially if he doesn’t have to sit out a year or leave a place he clearly loves. And if the Buckeyes can carve out playing time for him along the way? Even better.

One way or the other, though, patience looks like it will be key for both Ohio State and Tate Martell.