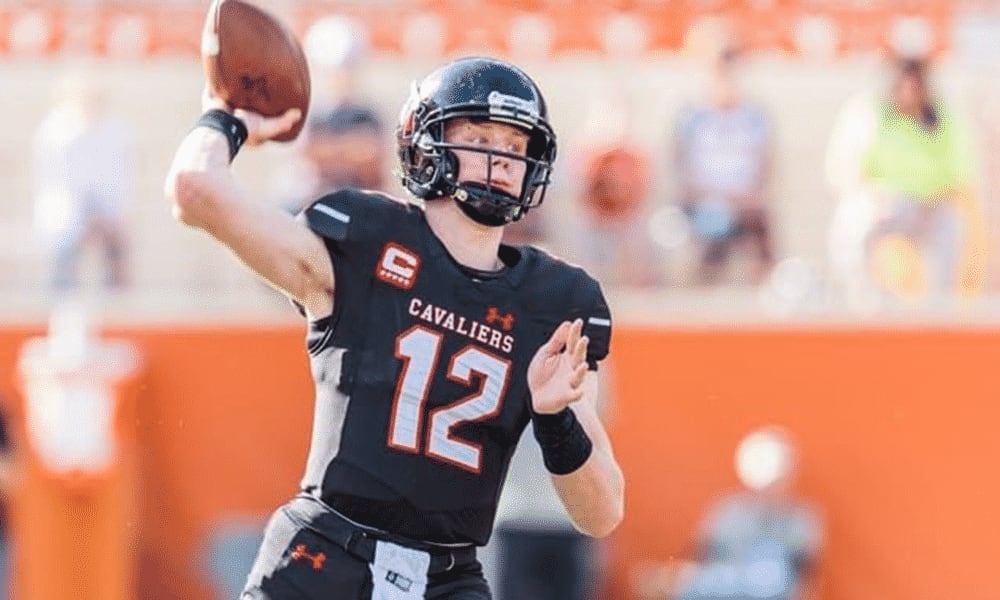 After a huge senior year at Lake Travis in Texas, Matthew Baldwin is key for Ohio State's future at quarterback. (Photo courtesy the Baldwin family)

How is @matthewb_12 recovery and rehab going? Should we consider him behind @TheTateMartell ?

The starting quarterback controversy that dominated the spring has faded at Ohio State. Joe Burrow is gone, Dwayne Haskins is taking the top spot into training camp and from there the Buckeyes will try to find a way to get Tate Martell involved. So, naturally, since the intrigue at that position never ends, the focus has shifted to what Ohio State can get done on the recruiting trail as it hunts for the next passer to add to the roster.

And while that is certainly understandable and a worthy topic, I think it might be skipping a step. Or at least overlooking a guy already on campus who was already an important part of Ohio State’s future, but is now perhaps even more critical to the plan.

The true freshman wasn’t able to participate fully during spring camp thanks to the bitterly disappointing injury he suffered during the playoff run last season by Lake Travis (Austin, Texas). His valiant, ultimately ill-fated attempt to play in the state championship ended after just one play, but his toughness in trying to get back on the field and the impressive way he carried himself when it was over showed exactly why Ohio State wanted him in its most recent signing class. Even while he worked back from the ACL injury this spring, he was still able to throw some — and more important, was able to get into the meeting room and learn the playbook. 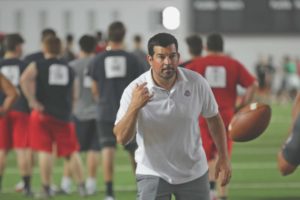 Now that Burrow is gone, Baldwin is one step closer to potentially needing to help the Buckeyes sooner than expected. The anticipation has always been that the Texan would redshirt this season, but with Haskins and Martell the only other scholarship options at quarterback, it’s not unthinkable that Baldwin could be pressed into more significant action. Certainly that’s not the kind of outcome anybody in the Woody Hayes Athletic Center wants to see unfold, but it does add to the urgency to get Baldwin fully healthy, up to speed with the system and completely confident about the strength of his knee.

There’s also one more wrinkle now to consider thanks to the recent NCAA rule change. Baldwin could play in up to four games and still be eligible for a redshirt thanks to the new policy, and Ohio State will almost certainly make an effort to get him those snaps as part of development process. And since he’s now the third-string option, those reps could prove invaluable.

There’s no harm in following the roller-coaster recruiting process going on with the quarterbacks right now, of course. But there’s already one enrolled at Ohio State who will have plenty of influence on the program’s future.