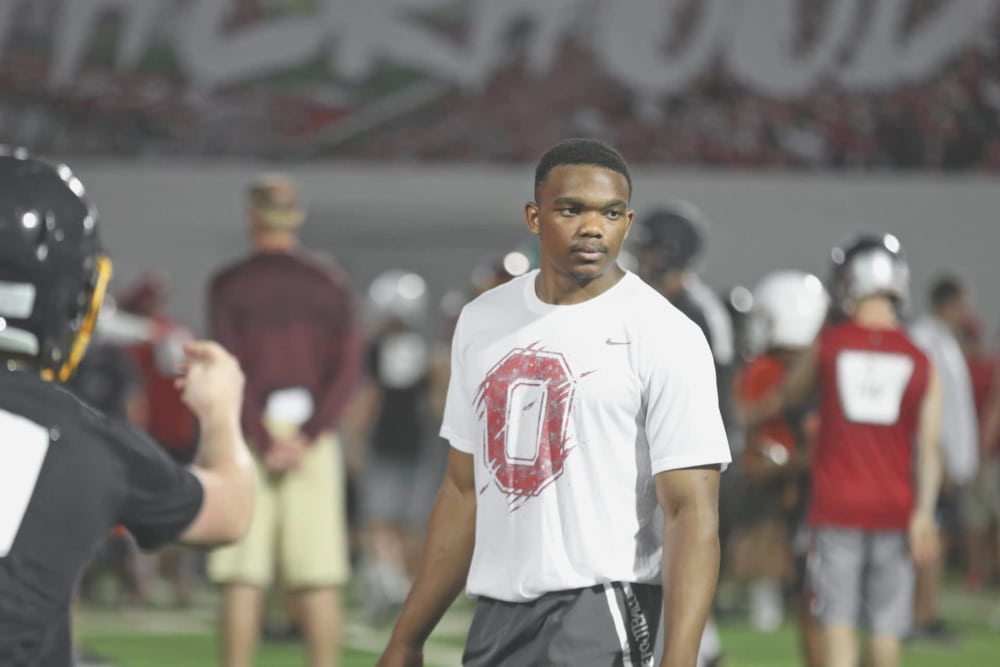 Master Teague has two talented running backs ahead of him, but he could still get work this year at Ohio State. (Birm/Lettermen Row)

How much will master Teague see the field? Shaun wades name has been quiet

Finding a way to balance the workload just between two elite running backs was going to be challenging enough for Ohio State. Now it looks like Master Teague could be a third guy with that kind of upside in the mix, which is obviously more blessing than curse — but still something that will require a delicate touch.

There is no question the Buckeyes will be leaning heavily on J.K. Dobbins and Mike Weber to carry the ground game this season, and they should benefit from less of an emphasis on quarterback rushes now that J.T. Barrett is gone. Shaking a few of those carries loose and earmarking them for the tailbacks could be one way that Teague gets his shot to help Ohio State right away as a true freshman, though a solution probably isn’t going to come quite that easily. 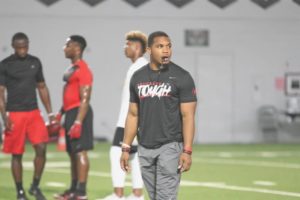 Urban Meyer will absolutely be considering it, though, because Teague showed up as an early enrollee this spring and instantly looked the part of a rusher capable of continuing the program’s rich, growing dynasty at the position. Even before getting a full summer of strength coach Mickey Marotti’s conditioning program, Teague reported to campus with a powerful 5-foot-11, 210-pound frame loaded with speed and a work ethic that quickly made a strong impression on the Buckeyes.

Spring games obviously require even more than just a grain of salt when it comes to running backs. But his performance with 77 total yards on 15 touches with a score still will go down as an encouraging display in front of a large crowd. With Antonio Williams electing to transfer after camp ended, Teague’s outing certainly eased any sting or concerns for the backfield about the depth behind those two returning stars.

But even without Williams, it still might not be that simple to get Teague involved during meaningful situations for Ohio State right off the bat. Whether it’s Haskins or bringing Tate Martell off the bench, Meyer’s system is always going to count on the quarterback to carry the football at times. With K.J. Hill, Parris Campbell and Demario McCall all versatile, dangerous weapons at H-back, that’s another batch of rushing attempts that could eat away at opportunities for a third-string option like Teague. And that’s without even factoring in the desire to get Dobbins and Weber to at least the 30 combined carries they need and deserve to lead the attack.

There will still be a role for Teague to play, make no mistake about that. At a minimum, there’s no reason to expect that Ohio State will redshirt Teague, instead getting him some reps and experience when the situations arise. And at best, the Buckeyes have insurance and extra depth if something were to happen to the tandem on top of the depth chart. Either way, the future is already looking bright for Teague and the Ohio State backfield.