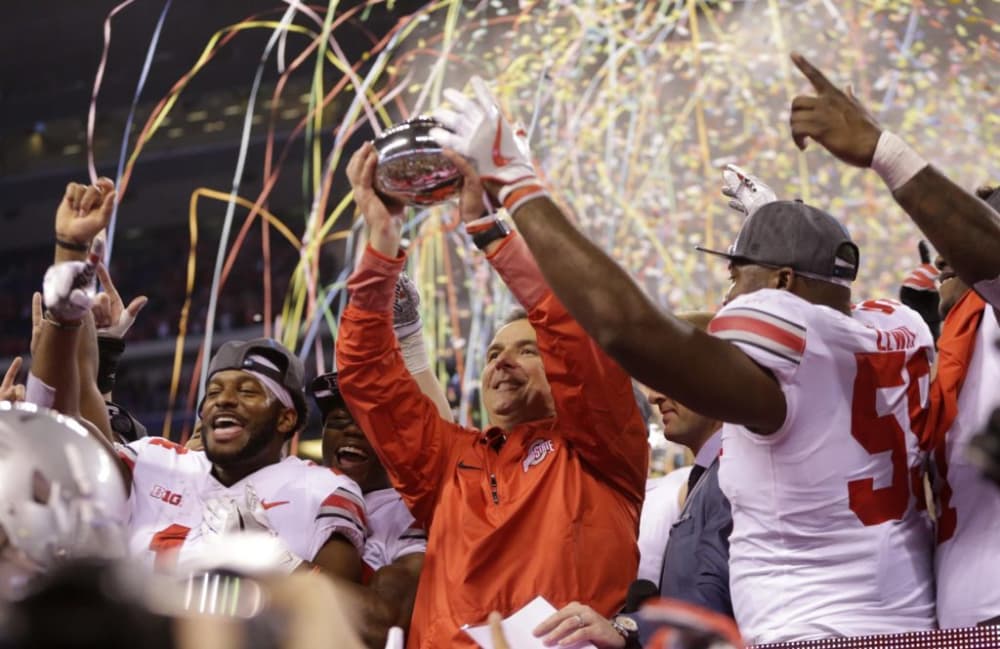 Defending the Big Ten title should get Ohio State and Urban Meyer back to the College Football Playoff. (Mark Hoffman/USA TODAY Sports)

Strength of schedule always seems to be a conversation piece at some point in the season. How do the Buckeyes fair going into the new season?

On paper, the projection doesn’t exactly call for the toughest schedule Ohio State has ever faced. Honestly, the slate is probably going to wind up being more challenging for the Buckeyes than rankings that have it pegged as No. 41 in the country give it credit for right now. As rugged as the Big Ten’s East Division has become and with a handful of tricky road matchups, even a team as talented as Ohio State can’t simply look at the road ahead and expect a smooth ride to the College Football Playoff.

But the good news is that no matter what, strength of schedule shouldn’t wind up making much of a difference for Ohio State when it comes to Selection Sunday. That might be too bold of a proclamation to make when it comes to a committee that has proven unpredictable, especially coming off a season when it just made a huge mistake snubbing the Big Ten champion in favor of a team with fewer wins of consequence, no conference title and a weaker schedule. But it should hold true this season.

(Yes, for the millionth time, I’m aware of the score of the Iowa game. No, that one data point shouldn’t have overridden all the other factors that clearly favored Ohio State.) 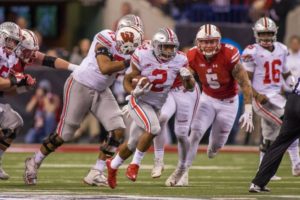 If the Buckeyes successfully defend the conference crown, they should be back in the College Football Playoff this season even without a highly-rated schedule. With a neutral-site game against TCU, trips to Penn State, Michigan State and maybe even Purdue that would move the needle along with The Game and then the Big Ten championship, the Buckeyes would have enough signature victories to bolster their case for an invite. And that would likely still be the case even with a loss, although Ohio State has obviously learned well by now not to take anything for granted with this system.

Overall, it’s probably just the right schedule for the playoff era. There are enough tests for the Buckeyes to prove they’re a contender. There are some breathers mixed in along the way. And there is a marquee non-conference matchup with the Horned Frogs that shows initiative not every program has when it comes to picking opponents. Depending on how quickly Nebraska gets up to speed under Scott Frost or how Minnesota develops in Year Two with P.J. Fleck, the résumé could easily wind up being ranking much higher by the end of the season.

But for now, there’s no reason for Ohio State to worry about it. The mission remains the same as always for Urban Meyer: The Buckeyes just have to take care of any opponent on the schedule if they’re going to be champions.