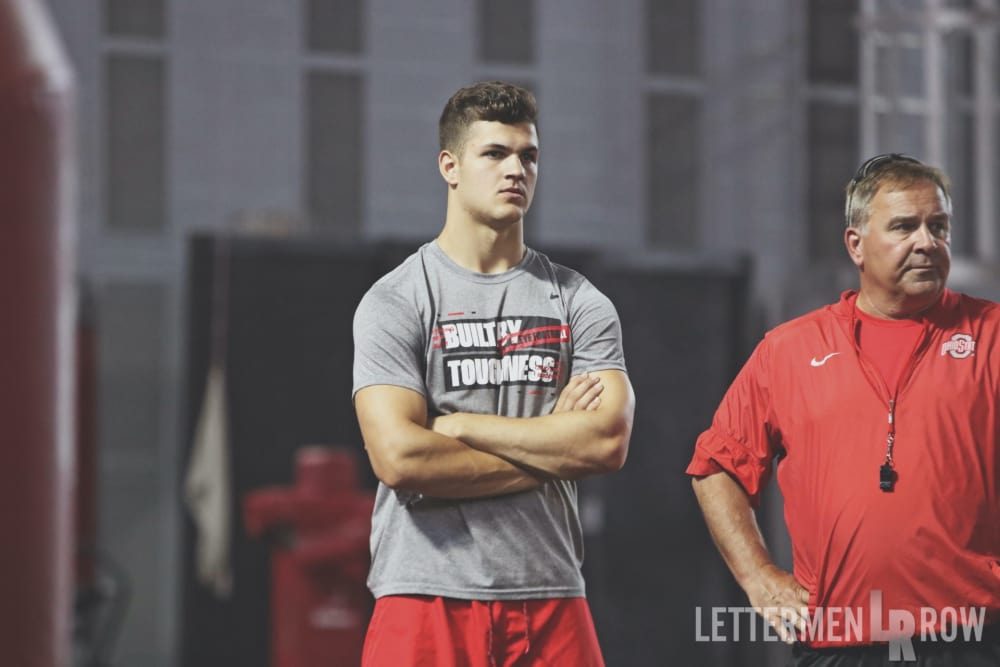 Jeremy Ruckert is poised to play a role for Ohio State as a true freshman. (Birm/Lettermen Row)

The speculation, debate and conversations about Ohio State never end, and Lettermen Row is always ready to dive into the discussions. All week long, senior writer Austin Ward will field topics on the Buckeyes submitted by readers and break down anything that’s on the minds of the Best Damn Fans in the Land. Have a question that needs to be tackled, like the one today on Ohio State’s freshmen? Send it in right here — and check back daily for the answers.

With the new redshirt rules I understand there will likely be more freshman playing this year than ever.. My question is which true freshman do you believe will play the most meaningful snaps and why?

There are nothing but positives to the new redshirt rule change the NCAA approved this year, because there’s really something for everybody.

Players now have the ability to gain some experience in up to four games without losing a year of eligibility, which will keep them engaged in a way they might not have been when there was no potential to participate. Teams as a whole can potentially get stronger as the year develops based on how those locked-in youngsters develop, which can also wind up keeping the veterans fresher and healthier. The coaching staff gets to reap the benefits on both accounts, while also getting a better feel for the roster as a whole. Even fans clamoring for a glimpse at the future can now have that wish fulfilled.

Really, the only catch is that coaches like Urban Meyer and his staff will have to figure out the best way to manage that four-game window for players. Is it better to reserve them all for the end of the season? Should the Buckeyes test the waters right away to see if there’s the potential for somebody to help earlier than anticipated? Maybe it’s a combination of those two approaches or simply something that must be handled on a case-by-case basis? No matter what Ohio State does, these are certainly more appealing options than they’ve had previously in the all-or-nothing redshirt debate. 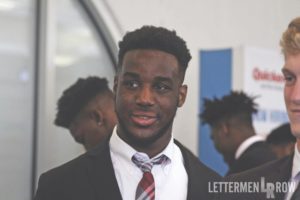 Dallas Gant could be an intriguing option for Ohio State at linebacker this season. (Birm/Lettermen Row)

So, that’s all one way of outlining that it’s difficult to know who exactly will make the most of this opportunity and when it might happen. For instance, if this rule had been in place for Sam Hubbard when he was a freshman, there’s no question that Ohio State wouldn’t have wrestled with his redshirt campaign — it would have just turned him loose and then re-evaluated if it wasn’t working out after four games. (SPOILER: Hubbard was ready.)

The candidates to play all season without worrying about the four-game limit have probably been obvious for a while now for the Buckeyes. There is inexperience at tight end, and Jeremy Ruckert was the nation’s top-ranked recruit at the position. Ohio State needs a new starter in the secondary, and one way or another, Josh Proctor figures to be seeing action at safety. Defensive tackle Tommy Togiai had his black stripe removed after enrolling in time for spring practice, and he looks like he can be a significant factor in the rotation right away. If the Buckeyes wind up squeezing a third rusher into that loaded backfield, Master Teague already looks capable of handling the job.

But it’s beyond that where it gets more complex for the coaching staff, and it will be fascinating to watch them manage it for the first time under the new rules.

Maybe what is expected to be a solid group of linebackers appears like it might need a boost at some point. Does Dallas Gant get tossed in for some reps against Oregon State to see if he’s ready in September, or would it better to conserve those games in case of injury or poor performance elsewhere? If the situation at safety doesn’t get resolved quickly, could Tyreke Johnson get some trial runs in practice and a couple games to see if that’s a fit? Will Tyreke Smith even need a four-game sample to prove that he should be an active member of the Rushmen during his first year on campus?

Those are the fun hypotheticals to kick around before practices starts on Friday. Fortunately, there isn’t much longer to wait to see how those freshman handle training camp before Ohio State even worries about game usage. But one thing is clear: Barring injury, that entire class should be on the field at some point this fall.