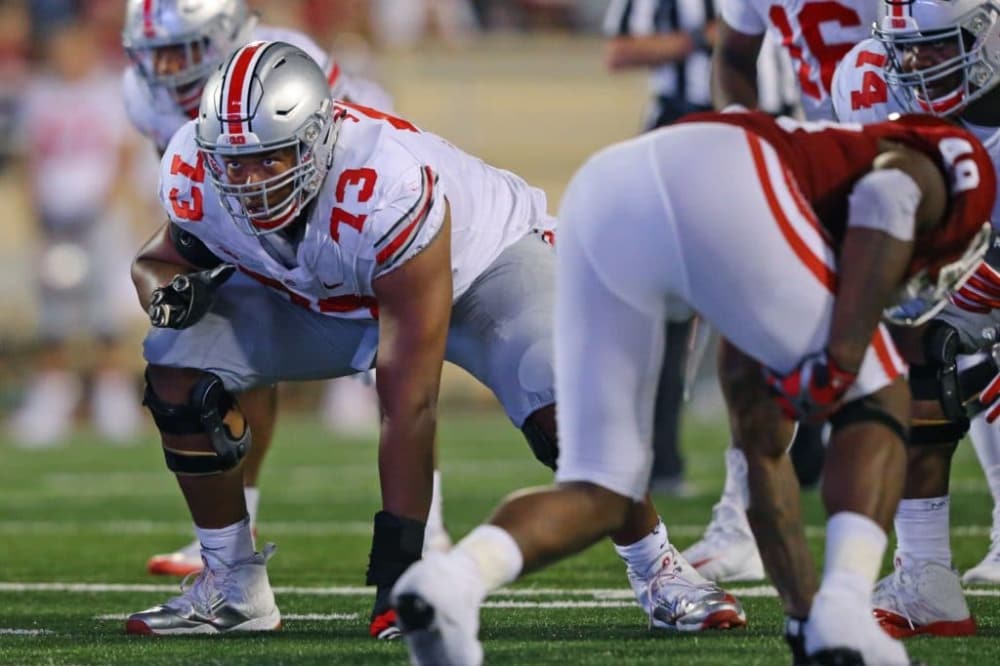 The speculation, debate and conversations about Ohio State never end, and Lettermen Row is always ready to dive into the discussions. All week long, senior writer Austin Ward will field topics on the Buckeyes submitted by readers and break down anything that’s on the minds of the Best Damn Fans in the Land. Have a question that needs to be tackled like today’s on Michael Jordan? Send it in right here — and check back daily for the answers.

Ohio State certainly has a formula that it knows can work by moving guards to center, right? All those last two guys did after sliding to the middle was become the best players in the country at the position with back-to-back Rimington Trophy awards in the Woody Hayes Athletic Center to prove it. So, it obviously wouldn’t be out of the question for the Buckeyes to consider a similar move with Michael Jordan.

But at this point, it doesn’t look really necessary. And in some ways, it might be too late to make that switch since Jordan has already missed crucial reps in the spring that could have eased that transition while he was recovering from offseason surgery on a torn labrum. The fact that Ohio State was also throwing Joshua Alabi into that mix during March and April sent another signal that even if was looking for a little more competition for Brady Taylor and Josh Myers, it wasn’t planning on finding it with Jordan. 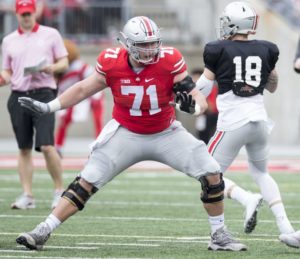 There is still some time in training camp for Ohio State to weigh that move if it really wants to, and Jordan checks a lot of the same boxes as Billy Price and Pat Elflein before him. Those guys were both established starters, knew every responsibility on the field, could confidently handle the calls in the trenches — and knew making that move could enhance their NFL draft stocks while simultaneously boosting the success of the Buckeyes. Just a junior, Jordan is already a two-year starter, has quietly become a leader of his unit and is the kind of selfless teammate who would play anywhere he was asked to if it helped Ohio State.

So, Jordan could surely make that same transition. But the Buckeyes appear to have confidence in a redshirt senior like Taylor who has patiently waited his turn and learned under the wings of both Price and Elflein as well. And if it’s not him, that likely means redshirt freshman Josh Myers has started taping into his 4-star potential and wrestled the job away in one of the most important position battles the Buckeyes will oversee in August.

There is never any sense in closing the door on something like a move for a player as talented as Jordan, particularly given Ohio State’s approach to positional flexibility and making sure the five best linemen are on the field. When he’s healthy, there’s no doubt that Michael Jordan is one of them for the Buckeyes — but it’s safe to expect to see him still slightly left of center on their line.