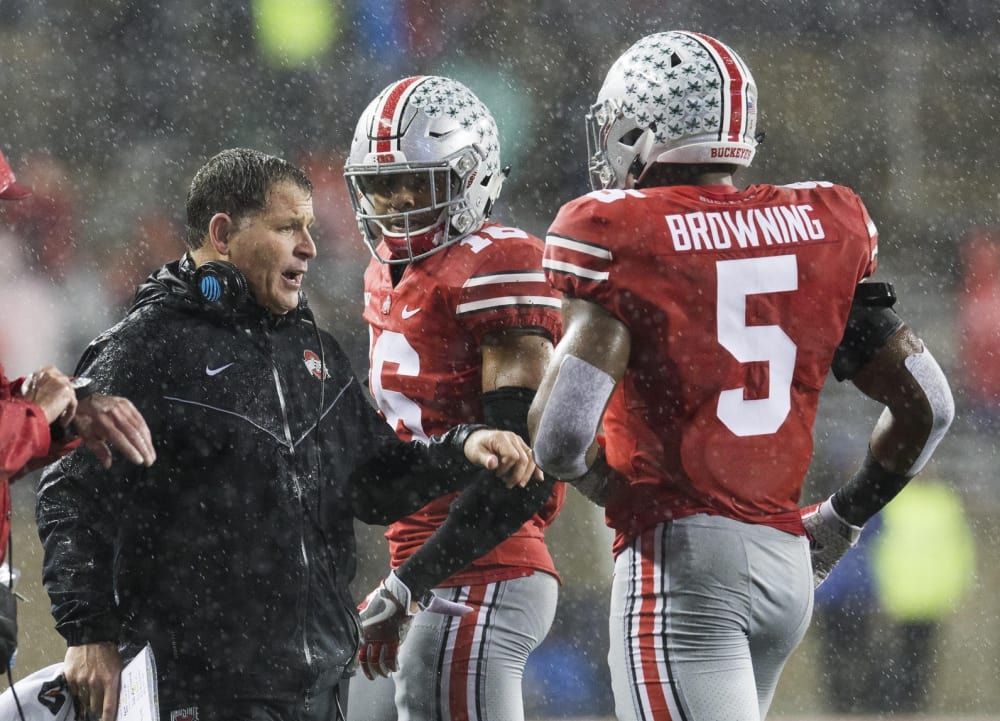 Baron Browning got his feet wet as a freshman, but the Ohio State linebacker could jump into the starting lineup this year. (Greg Bartram/USA TODAY Sports)

The most important starting spot that isn’t completely locked down remains at center for Ohio State. But in terms of an opening that figures to have the most heated battle, the race at middle linebacker might be the most intense throughout the month of August. And just to make it a little more intriguing, if there’s a leader heading into the season opener, that guy still may have to contend with last year’s starter once he gets healthy.

The depth Ohio State has in the heart of the defense is enviable right now with Baron Browning looking for a breakout opportunity as a sophomore, Justin Hilliard finally ready to show off his enormous potential and Tuf Borland seemingly making enough progress from his Achilles injury in the spring that he’ll be ready to play this fall. For the record, that’s a pair of former 5-star recruits and a player who was clearly a difference-maker once given a full-time role last year.

So, yeah, there’s a reason Urban Meyer wasn’t concerned in the spring even after Borland was injured. 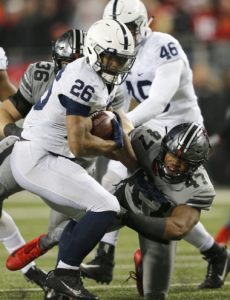 Finally healthy, Justin Hilliard could be ready to live up to his 5-star billing at Ohio State. (Joseph Maiorana)

For a position hailed as the quarterback of the defense, having all those options is a huge bonus for the Buckeyes. Even better? As opposed to the other side of the ball where really only one guy can take that primary role, Ohio State could potentially rotate through those candidates if it wanted — which it has done before with success when Curtis Grant and Raekwon McMillan were taking turns in the middle.

It’s too soon to know for sure if that’s the path Ohio State will take this season. Maybe Browning’s enormous potential will give him a clear edge after having the offseason program to continue building a 6-foot-4, 238-pound frame that made him look like an NFL linebacker from the moment he arrived on campus. Perhaps after shaking off the injury bug, Hilliard’s athleticism will be too much for the Buckeyes to ignore. And while there have only been public glimpses of Borland walking this summer without a limp or any sort of cast, even that is somewhat surprising given how debilitating Achilles injuries can be and suggests he’s ahead of schedule for recovery.

Picking a winner at the moment is impossible, and there’s a chance it won’t be any easier by the end of training camp. But that just makes middle linebacker arguably the most entertaining, because the Buckeyes figure to come out as winners no matter what happens.