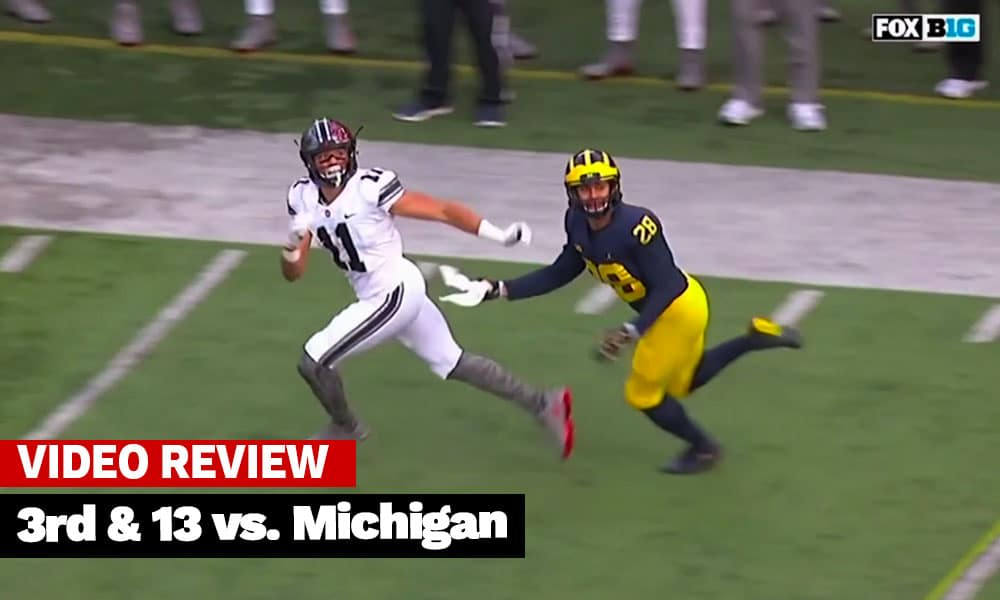 Dwayne Haskins came off the bench to hit Austin Mack for one of Ohio State's biggest plays of the season.

Welcome in to the Lettermen Row film room, our home for in-depth breakdowns of Ohio State football featuring analysis from me and the guys who have lived through these experiences.

The series itself doesn’t have a name yet, so feel free to make some suggestions. But this is the first edition of what we are planning to make a regular, featured part of our coverage of the Buckeyes. And there is no better place to start than with Ohio State’s new starting quarterback, Dwayne Haskins.

In the first installment of a three-part series focusing on the incredible debut for Haskins in The Game, the laser pointer is focusing on a crucial third-and-13 shortly after he came off the bench with the Buckeyes trailing — in the cold and on the road against one of the nation’s best defenses.

The outcome is surely well known by now, with Haskins delivering a strike to Austin Mack down the right sideline that extended the drive and eventually sparked a thrilling Ohio State comeback. But from the route concepts to the defense, the throw Haskins makes to the toughness Mack shows coming down with the reception, there’s plenty to discuss. And with Haskins preparing to make a lot more plays like that now that he’s the taking over for J.T. Barrett on a full-time basis, this is the perfect time to look at what kind of new elements he can provide for Ohio State and a high-powered attack still looking for an even higher gear.

Let’s dive into it, and then continue to check back at Lettermen Row for the rest of our series on Haskins — and much more to come on Ohio State heading into the 2018 season and beyond.