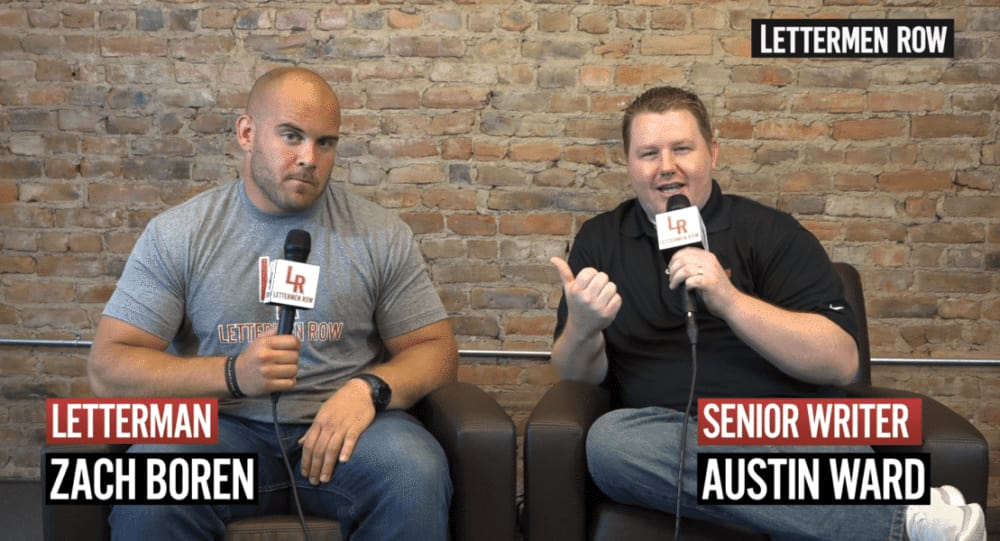 Senior writer Austin Ward and letterman Zach Boren discuss the pressure on Jim Harbaugh and why "The Game" is so important for him in 2018.

Jim Harbaugh still believes J.T. Barrett was short of the first down in 2016. He will take it to his grave.

However, the world (and the officials) knew the Ohio State quarterback had gained enough yards, one play later Curtis Samuel breaks a run and Wolverines fan’s hearts, sends the Horseshoe into absolute pandemonium and the rest is history.

Now two years later, Jim Harbaugh remains winless against Urban Meyer and the Buckeyes in three tries and the pressure is mounting in Ann Arbor as he enters year 4 of his tenure.

At the university’s commencement in May, esteemed Michigan alumnus and Heisman Trophy winner Charles Woodson commented on the Ohio State-Michigan rivalry by saying “there hasn’t been the emphasis [he’s] used to being put on that game.”

That game as in “The Game.”

Austin Ward and I got together to discuss Woodson’s comments, as well as what it’s like to experience Michigan week as a Buckeye.

Is Ohio State ready to unleash Demario McCall?
Which position battle at Ohio State will be most entertaining?