COLUMBUS — Jashon Cornell isn’t looking back in frustration. The fifth-year senior is just chalking the growth process up to his journey at Ohio State and embracing where it’s all finally led him.

Cornell has needed patience. He’s needed to accept a backup role. He’s had to learn multiple positions and he’s watched as other decorated recruits have had their moments while seemingly skipping ahead of him in line.

But if all of that winds up paying off with the kind of breakout season that looks well within reach of him this season, Cornell has no complaints now that he’s finally found a home in the three-technique spot for the Buckeyes and might be on the brink of earning a starting job.

“I believe everything happens for a reason,” Cornell said after practice on Thursday. “I feel a lot more comfortable at three-technique. I feel like it’s my position, it’s Jashon Cornell’s position. When I was at defensive end, I didn’t feel as comfortable in the past when I was switching back and forth at positions. But when I’m at three-technique, I feel like I’m at home. 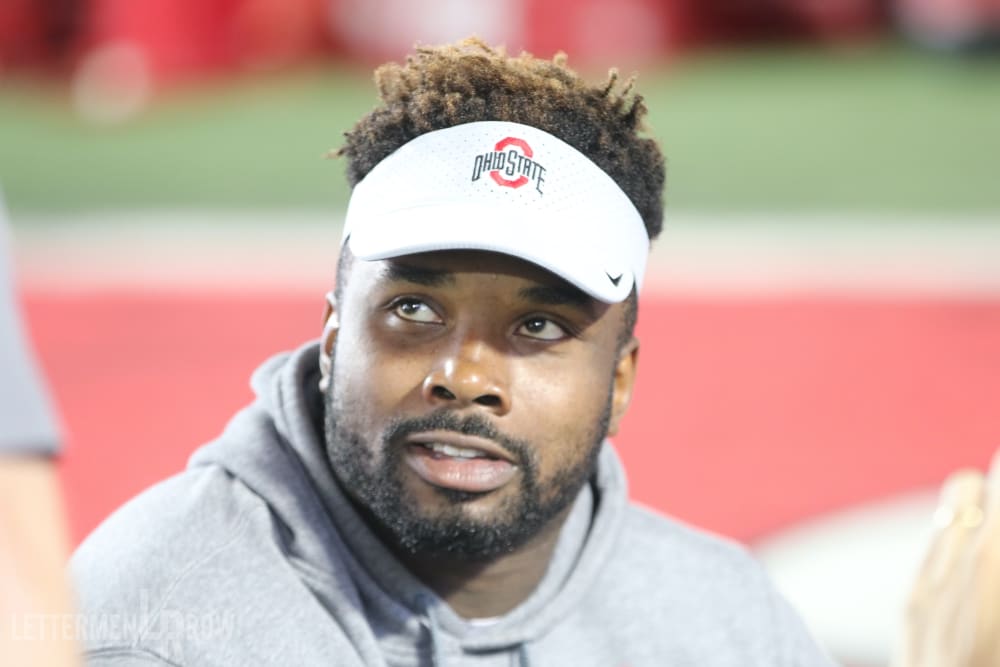 Ohio State defensive tackle Jashon Cornell has a chance to end his career on a high note. (Birm/Lettermen Row)

“And I feel like I always have a chip on my shoulder. It’s like I’ve been forgotten. And [defensive line coach Larry Johnson] always tells us: They don’t know what’s coming. The storm is coming.”

Cornell has long been tabbed as somebody who could help bring on the rough weather for opponents, but the right conditions have never materialized for a variety of reasons so far in his career.

There have been flashes of what the veteran could do with seven tackles for loss and three sacks in his career — including one in the Rose Bowl victory to cap last season. But for the most part, Cornell hasn’t quite lived up the expectations that surrounded his high-profile recruitment.

But all players develop at different rates, and he wouldn’t be the first player at Ohio State that needed to utilize all five years in the program before blossoming into a standout. It’s still early in training camp, but the Buckeyes are seeing signs that Cornell is on that track.

“I think so,” Johnson said. “I mean, he’s been around, he knows this system now. This is his last shot around here, and he’s got a shot to be a starting three-technique. I think he sees the goal now and what he can be.

“He has all the tools, and he’s everything we thought he would be. But now it’s about doing it on the field.”

What does Jashon Cornell bring to the Ohio State defensive line? How close is he to claiming a first-team position for the Buckeyes? Why is three-technique the right spot for him? Former Ohio State defensive lineman Tracy Sprinkle was back in the Lettermen Row film lab breaking down Cornell and what’s next for him heading into the season in the latest episode of BuckIQ.