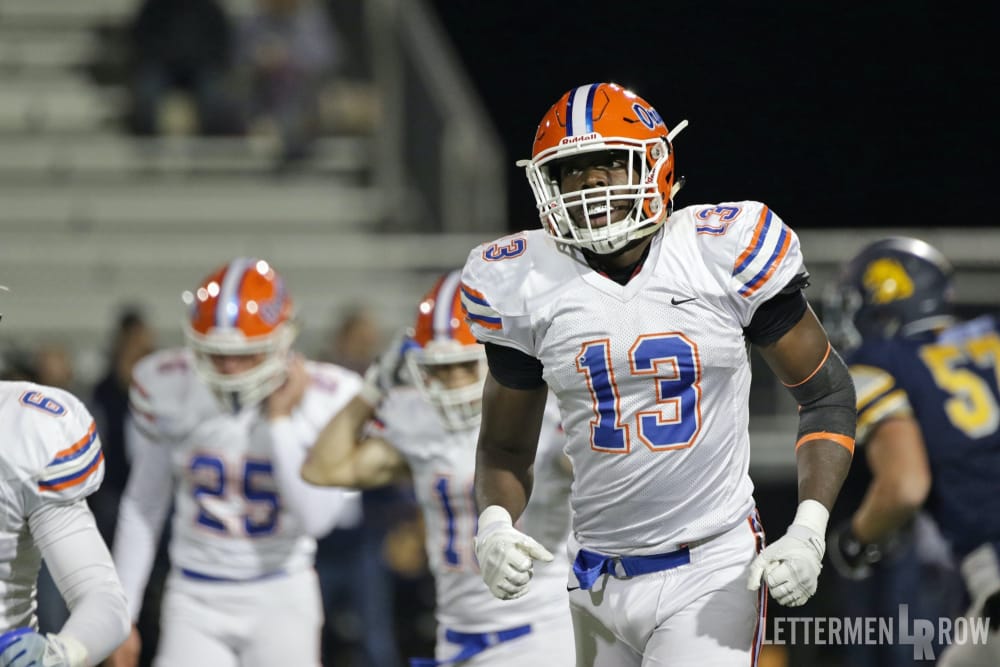 Zach Harrison believes being coached by Larry Johnson will get him to his fullest potential. (Birm/Lettermen Row)

The five-star recruit labored for months about where he’d attend college. All three of his final schools, Ohio State, Michigan and Penn State, are great schools with great football programs. He truly couldn’t have gone wrong with his pick. In the end, the 5-star signee from Lewis Center Olentangy Orange High School had it came down to one major factor: The Buckeyes have Larry Johnson coaching defensive linemen and other schools don’t.

That’s why he picked the Buckeyes on Dec. 19.

“I decided on Saturday [before signing day],” Harrison told Lettermen Row. “The final factor is that I want to reach my potential to the fullest. I knew to do that I had to be coached by the best and that’s Coach J.”

For the 6-foot-5, 245-pound Harrison, his decision provided him a major sense of relief — but also one more uncomfortable experience: telling the coaches at Michigan and Penn State that he was heading elsewhere.

“Calling the schools that I wasn’t going to was the hardest thing,” Harrison said. “When I called Ohio State and told them, they were very happy. It was great just to get it off of my chest and my back.”

The country’s fourth-ranked overall prospect in the Class of 2019 is heading to San Antonio in the next few days to take part in the All-American Bowl. Unlike other premier recruiting events like Nike’s The Opening where he’s bound by Ohio regulations that limit his ability to really compete, he’ll get a chance see how stacks up against the best of the best. That is something he’s looking forward to, because he believes his biggest challenge when he arrives at Ohio State on Jan. 7 will be adapting to the level of the talent around him.

“The biggest thing will be getting used to being surrounded by freaks,” Harrison said. “Because in high school I was just physically stronger and more athletic than everyone else. It will be new for me to be around everyone who’s like me.”

As an early enrollee with Ohio State, Harrison will also need to learn how to handle the life of a college student — and he’ll need to do that quickly. He believes the programs and help the Buckeyes offer will help him with that.

“It will be new and I’ll have to adjust,” Harrison said. “I think I’ll be all right once I get the hang of everything.”