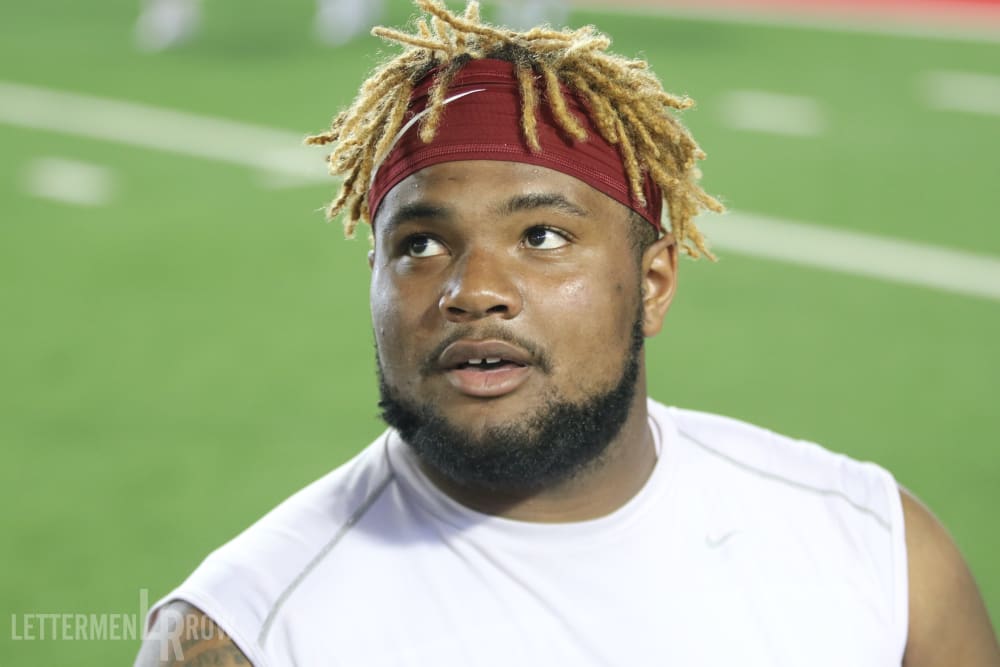 Ohio State guard Wyatt Davis is primed for a big year as a likely starter for the Buckeyes. (Birm/Lettermen Row)

That experience wouldn’t normally carry much weight, but consider those outings a little heavier than most.

His first career start: The Big Ten Championship Game, an Ohio State conference-title defense that added a heap of expectations heading into his second start, the Rose Bowl.

So, while most of the chatter toward the offensive line in training camp questions the Buckeyes inexperience up front, Davis tucks those two starts into his head and welcomes the uncertainty. He knows counting starts as experience is relative, especially at Ohio State. Few starts between the offensive linemen, but numerous reps against one of the best defensive lines in America.

“When I came in [the Big Ten Championship Game], it was such a fluid transition because practices here are so intense,” Davis said. “I feel like practices are 10 times harder than the games, just as far as the expectation of practice, there’s no lacking the expectation for us. It doesn’t matter if you just get here or if you’re just starting up, there shouldn’t be any drop off.

“We actually want people to worry more [about inexperience].” 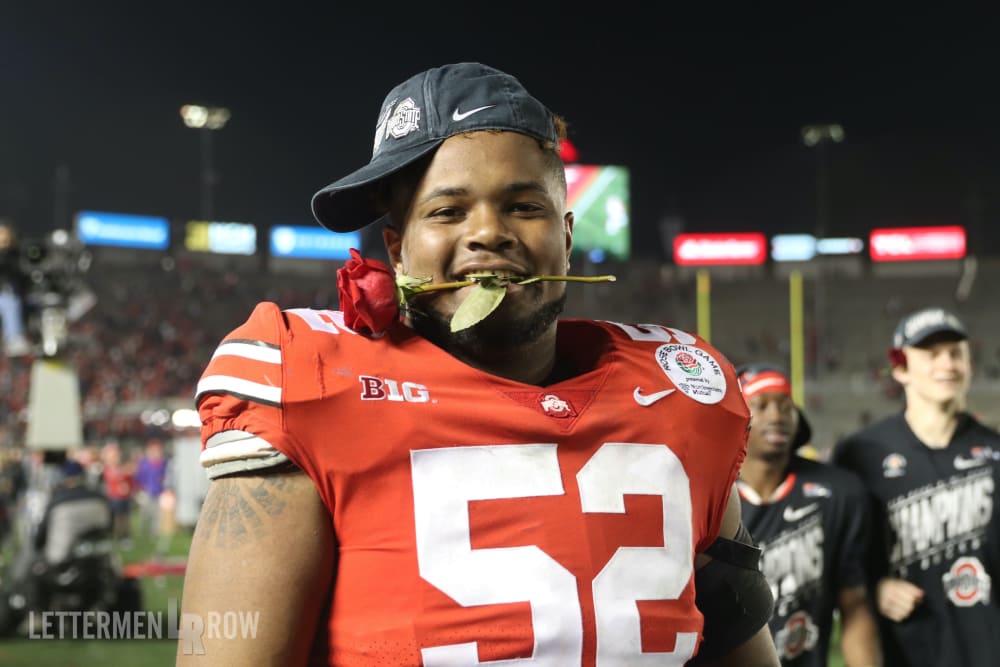 Ohio State guard Wyatt Davis has just two starts, but one of them came in the Rose Bowl. (Birm/Lettermen Row)

Davis will be part of the offensive line that wants to sure up both. He’s eager to start a full season. But he isn’t the only one who’s been waiting for his chance.

When Demetrius Knox went down last season, Davis stepped in. Then-head coach Urban Meyer was excited to see Davis get playing time that early in his Ohio State career.

“Wyatt is a guy that you heard us talking about him for quite a while,” Meyer said in December leading up to the Big Ten Championship Game. “If this was a year ago, we would have a problem. But we [were] excited, because he’s earned playing time.”

Playing time is one thing. Starting is an entirely different animal. As Davis began to carve out a full-time starting spot, he’s made sure to perfect some of this techniques and studying habits.

He’s seeing the rewards from this offseason already, one that has been huge for his development.

“For me, I’ve just been focusing on truly becoming a better student of the game and improving my technique as well,” Davis said. “The first couple years, you get here and you just worried about ‘All right, I need to know what I do on this play and how do I react if the defense runs this blitz.’

“Now that I’ve gotten a way better understanding of  it, I’ve been able to truly focus on just bettering my technique each day, listening to coach [Greg Studrawa].”

Listening to him has been the biggest thing for Davis, and Studrawa has taken notice. Studrawa, facing some scrutiny after the inconsistency a year ago, is finally seeing a line he envisioned.

He was fired up to talk to the media about his position group last week at the Woody Hayes Athletic Center. And he brightened up even more when Davis was brought up by the media.

“Oh my gosh,” Studrawa said of Davis. “He is [ready]. I love the kid. If there was somebody that I had my car parked at night and was walking out of a bar late, I’d be like ‘Wyatt, are you here?’ [Then] I’d feel comfortable getting in my car.

“That’s how much I think of him. He is a fighter. He is a technician. He is a perfectionist.”

High praise for the redshirt sophomore who still feels like he’s just now able to grasp everything. Davis is just beginning to feel comfortable at Ohio State, finally in a starting role he hoped for when he committed to the Buckeyes as a 5-star recruit.

Not bad for somebody with only practice reps and two starts.

Ohio State has no reason to rush, worry with quarterbacks
Turnovers or takeaways? Evaluating Ohio State camp gets tricky
Advertisement