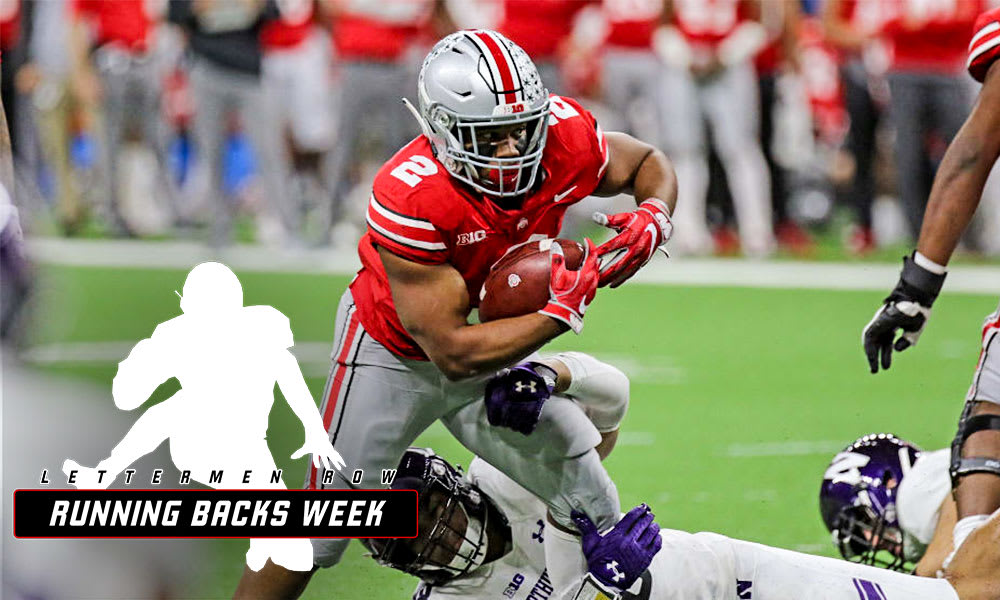 Ohio State running back J.K. Dobbins is looking for a heavy workload this season. (Birm/Lettermen Row)

The speculation, debate and conversations about Ohio State never end, and Lettermen Row is always ready to dive into the discussions. All week long, senior writer Austin Ward will field topics about the Buckeyes submitted by readers and break down anything that’s on the minds of the Best Damn Fans in the Land. Have a question that needs to be tackled, like the one today about who will complement J.K. Dobbins as part of Running Back Week? Send it in right here — and check back daily for the answers.

Who ends up with the 2nd most carries behind JK? (Including *whoever* wins starting QB spot….Fields)

The quarterback run game is almost certainly coming back to Ohio State after a one-year hiatus. And combining a certain rise in workload for J.K. Dobbins with the threat Justin Fields can provide with his athleticism almost certainly means those two will dominate the carries for the Buckeyes.

That’s not at all an indictment on the depth the program has in the backfield, for the record. Master Teague, Demario McCall and Marcus Crowley have all shown to varying degrees how they can help Ohio State this season, and the battle for the backup job will be heated in training camp. No matter how that shakes out, though, the Buckeyes aren’t likely to elevate any of those tailbacks to even footing with Dobbins the way it did with Mike Weber over the last couple years — particularly since splitting the duties seemed to do more harm than good.

The Buckeyes aren’t going to try to wear out Dobbins or give it to him 30 times per game, so the backups are going to play a role this season in keeping him fresh. Particularly early in the season, there will be opportunities to rest Dobbins and limit his snaps, which will be valuable both for him and for running backs coach Tony Alford as he gets more evaluations on the next guys off the bench. 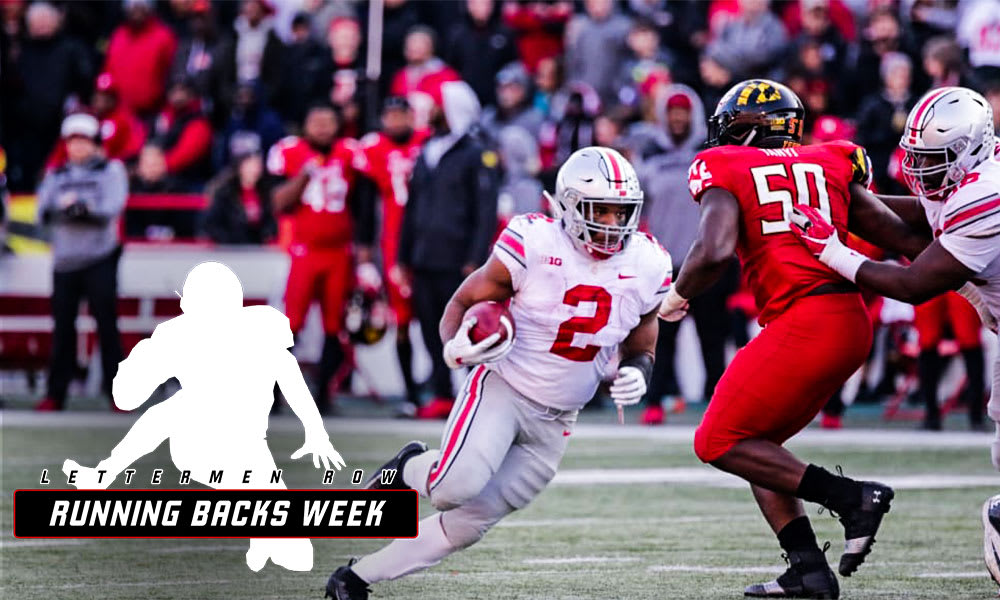 Ohio State running back J.K. Dobbins will dominate the carries for the Buckeyes. (Birm/Lettermen Row)

But despite a couple games where the rotation clicked and the Buckeyes dominated with both Weber and Dobbins rolling through the lineup, for the most part alternating series with the rushers wasn’t a success. And since Fields isn’t going to be coming off the field as long as he’s healthy and his scrambling ability will pad his rushing totals, he’s a safe bet to finish second on the team in attempts behind Dobbins as the two form a dangerous duo in the zone-read game.

The real question is how much Ohio State will dial up designed runs for Fields, because relying on J.T. Barrett too frequently a couple years ago became a crutch for the offense and occasionally made the offense predictable. The Buckeyes did win a lot of games that way, of course. But Ryan Day probably isn’t looking to turn back the clock after doing so much to expand the passing attack already during his two years coordinating the offense before taking over the head job.

If Fields comes close to matching the 165 carries Barrett posted two years ago, that might not bode well for the balance of the offense. And it would probably open a wide margin in attempts for him ahead of guys like Teague or McCall — or make it hard for them to factor significantly into the attack at all.

Justin Fields is certainly going to be the odds-on favorite to finish second in rushing behind J.K. Dobbins. But Ohio State may need to monitor it and make sure that race stays closer than it did at the end of Barrett’s career leading the offense.