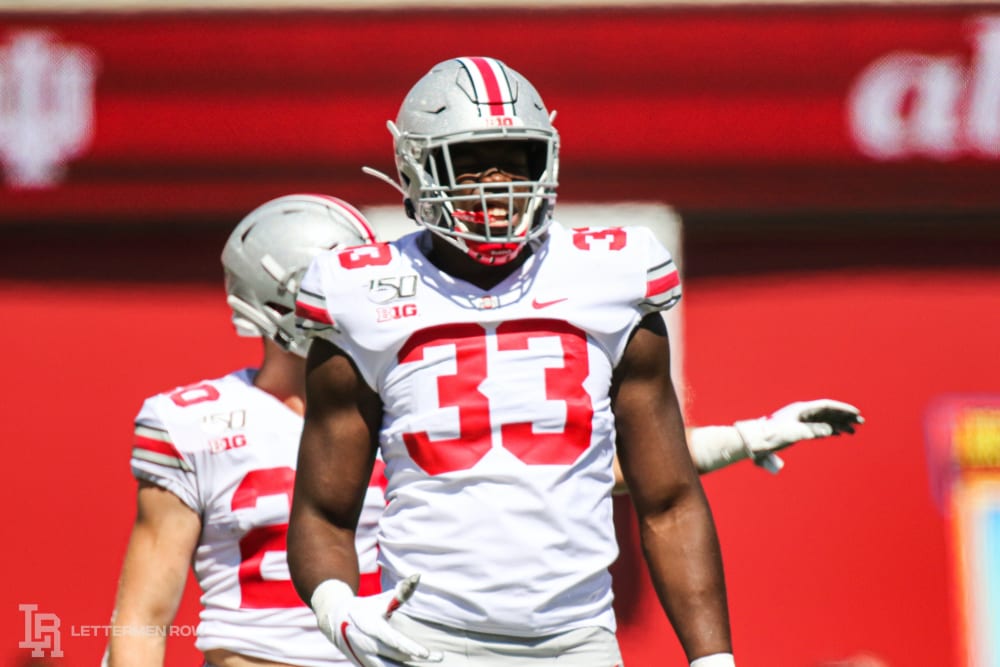 COLUMBUS — Ohio State defensive end Zach Harrison wasn’t really supposed to do this as a freshman.

May expected the 5-star recruit who stayed home to play for Ohio State instead of spurning it for rival Michigan to come into Larry Johnson’s system with Greg Mattison and dominate from Day One. At least, that’s what was supposed to happen from the outside.

The more realistic approach, the one Ryan Day and the Ohio State coaching staff have for Harrison, is to let him learn behind a talented stable of defensive ends and gain experience when he can, then take over when he gets the chance.

His first glimpse of dominance was Saturday at Memorial Stadium in Bloomington during the second half of Ohio State’s 51-10 thwarting of Indiana, when he swarmed the quarterback for his first career sack. He also added a tackle for loss, just for good measure. With plays like that, Harrison could slowly work his way toward becoming part of the defensive line rotation.

“The [defensive] line has controlled the line of scrimmage,” Day said. “They’ve created some sacks, created some turnovers and when we can get teams in a throwing situation, I think it’s an advantage for us.”

Day was obviously referring to the defensive line as a whole, but Harrison turned some heads late in the game, too. He’s one of the Buckeyes that Lettermen Row thinks helped their cause in the blowout Big Ten opener.

Jeff Okudah and Damon Arnette steal all the headlines with their play, and rightfully so. But neither will likely be at Ohio State after this season. Somebody in the defensive backs room has to step up and show that the BIA Unit is in safe hands for the future. So far, that’s been Cameron Brown. The sophomore had three tackles against Indiana and certainly wasn’t afraid to hit or get involved in the wreckage of Indiana’s offense. Jeff Hafley and the defensive staff are showing how good they are at coaching defensive backs, and Brown is becoming a good example of that. 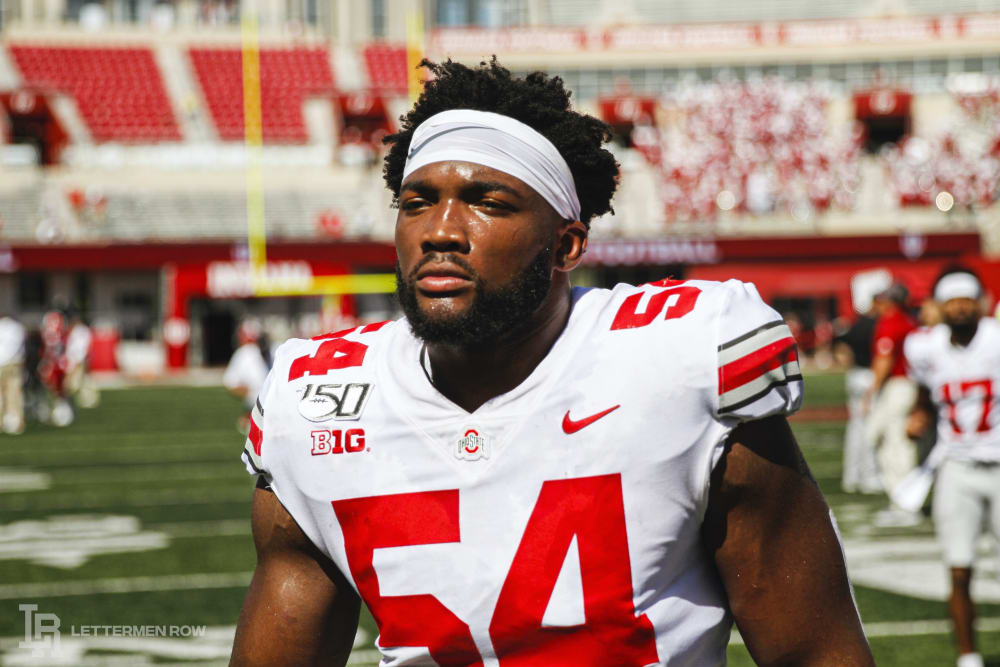 Friday was everywhere on the field throughout the second half, and he even saw some action in the first two quarters. When he was on the field, he made an impact. Another second-year player from New Jersey, Friday had three tackles, two tackles for loss and a sack. Tyreke Smith, who started Saturday in place of Jonathon Cooper, was in street clothes during the second half. Ohio State is tight-lipped about injuries, so Smith’s status is unknown. If Smith misses time, Friday will become more important than he already was moving forward.

If anyone on the second-team offense has benefitted so far this season, it’s Chris Chugunov. The starting quarterback battle between Justin Fields and assumed backup Gunnar Hoak, a graduate transfer from Kentucky, seems so much more distant than just five weeks ago. With big leads in the second half in each game so far this season, the Buckeyes have turned to Chugunov as the second-string quarterback. Maybe that’s just because Hoak doesn’t fully grasp Ryan Day’s playbook yet, or maybe it’s because Chugunov has taken the reigns of the backup quarterback job. He only attempted four passes Saturday, completing two of them for six yards.

Javontae Jean-Baptiste seemed to come out of nowhere and earn praise from defensive line coach Larry Johnson over the offseason. Now, it’s starting to translate onto the field. Jean-Baptiste, like Harrison, earned his first career sack in the fourth quarter against Indiana. The redshirt freshman from New Jersey has been earning more playing time as the young season has progressed, and he’s making that count. He has had at least two tackles in each of the first three games this season. Now, he can add a sack to that growing resume.