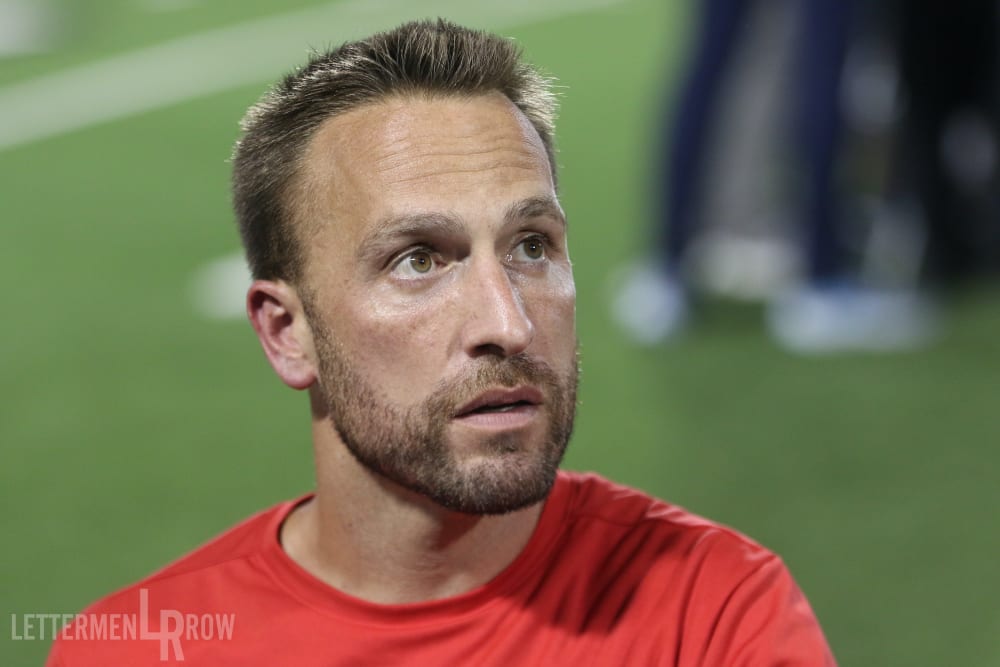 COLUMBUS — Ohio State has a big problem in the secondary. But every coach in the country wants it heading into the first game of the season.

The issue: How does Ohio State get all the talent in the back end on the field?

“I think it’s a pretty deep room,” co-defensive coordinator and secondary coach Jeff Hafley said. “I told the guys today, ‘We have about a week and a half until we play, so I want everybody to prove to me that they have earned the right to go into the rotation.’ If they do, I’ll play them.

“That’s the truth. That’s exactly what I said in the meeting today. ”

The Buckeyes have an embarrassment of riches at corner and safety. Jeff Okudah, Damon Arnette, Shaun Wade, Josh Proctor, Isaiah Pryor, Jahsen Wint, Brendon White — each of them will play in the secondary in some capacity.

Maybe White’s role is more of a linebacker, but maybe it isn’t. He has to be on the field at times, though. All of them do. That’s a great problem to have.

“Coach Hafley is trying to find a way to get the best players on the field,” Okudah said. “So, I think with our defense being so versatile, there will be opportunities for guys to get on the field and just utilize everyone’s skillset. Guys have a lot of different skillsets.”

The media met with the members of the secondary and Hafley on Tuesday at the Woody Hayes Athletic Center, and Lettermen Row learned quite a bit from the unit tabbed as “Best in America.”

Shaun Wade doesn’t have a position — on purpose

“I don’t know,” Wade said. “I can’t tell you. Wherever they need me. No deep safety. Corner and nickel are the same thing, just, I feel like corner is easier. But I’m comfortable at both spots.”

Although he thinks corner is easier, Wade might find himself in the nickel more often than not. The playmaker needs to be involved, but if he were to play corner, that would take either Arnette or Okudah off the field, something the Buckeyes may not want to do.

No matter where he’s playing, Wade wants to be more consistent when he’s on the field.

“I learned a lot of route concepts,” Wade said. “Learning the defense, helping other people with the defense. One of my problems is finishing at the top of the route, so I know I need to get better at that. I know I’m going to get better. That’s what I’ve been working on.”

Josh Proctor could be next Ohio State ballhawk

Lettermen Row’s Austin Ward has been talking about Josh Proctor since spring camp, and some in the Ohio State secondary — and the Buckeyes offense — are learning why.

Ward didn’t have to bring Proctor’s name up Tuesday night. Instead, Hafley mentioned his playmaking ability. So did Okudah. As did Arnette. Proctor has come up all too often throughout training camp, and he’s quickly becoming one of the best Ohio State defenders when it comes to creating turnovers.

“He has about, like, eight interceptions,” Okudah said. “He’s really rangy. I think he’s really talented. I’m excited to see him translate that to the game field.”

Wade noticed a change in Proctor over the offseason.

“His focus [has changed],” Wade said. “Your freshman year, you come in here and you don’t know what’s about to happen. You don’t know how the coaches are. They tell you this, but when you get here, it’s always a different thing. Coach Hafley told him he has the ability to play. He took that to the field.”

The same could be said this year, but it’ll feature White in a much different role: Bullet. Although he’s been practicing at the Bullet since spring practice, White’s role is still changing, even a week before the first game of the season.

“Last year, I was just a cover safety out there guarding receivers,” White said. “Now, I’m guarding a lot of tight ends and going up against a lot of blocks, learning different gap schemes and stuff like that. The biggest thing is being in the box and learning how to put my hands on offensive linemen.”

Even though he works a lot with the linebackers, White could take playing time away from guys at that position who are also hungry to be on the field. But that’s a decent problem to have. Hafley is keeping the door open to using White and the rest of the talented defensive backs in odd ways. Anything to get White on the field.

“You might see seven DBs in on one play,” Hafley said. “The linebacker guys might not be happy, but what if they have five wide down on the field? We better get some DBs on the field. We have those packages.”

Damon Arnette has faced a large chunk of the criticism on the defensive side this offseason.

So now that the Buckeyes are forcing turnovers in Ohio State’s training camp, he’s stayed motivated, and he’s working to get the secondary back to the mantra of “BIA,” a term he doesn’t take lightly.

“We’ve just been out there ballin’,” Arnette said. “Doing everything we can to get the offense better and having fun while doing it.”

Last season wasn’t fun. It’s been documented that Arnette was part of the worst statistical defense in Ohio State history. With a new coaching staff and a new mindset, the Buckeyes don’t want a repeat.

“They’re gaining confidence, which to me is the most important thing,” Hafley said. “I want those guys to play confident.”

The confidence never left Arnette. The chip on his shoulder got bigger, and now he’s ready to remind the rest of college football why he calls his unit BIA.

He always makes sure to remind Justin Fields and the offense.

“Every day,” Arnette said. “I tell them every day. And it’s not really a back-and-forth.”