COLUMBUS — Ryan Day wanted a quarterback competition to make sure he was getting the pick absolutely right for Ohio State.

The first-year Buckeyes coach got his wish, and he also appears to have arrived at the conclusion that was expected all along once Justin Fields arrived as a transfer in the offseason.

Ohio State has kept the status of the race relatively close to the vest during training camp, preferring to let Fields, Gunnar Hoak and Chris Chugunov battle without having to worry about daily updates being posted publicly. But as the second week of practices wound down for the Buckeyes, the hints started dropping that Fields was living up to his five-star billing and was on the brink of becoming the starter for the two-time defending Big Ten champions.

“I think any time you’re naming a starter, they have to earn it,” Day said after officially awarding Fields the spot on Monday. “How do you earn it? You earn it by playing. It’s very hard to earn a job in 15 practices in the spring. Walking into pre-season camp, you don’t just give somebody a job. Never believed in that, never will. You have to earn it. 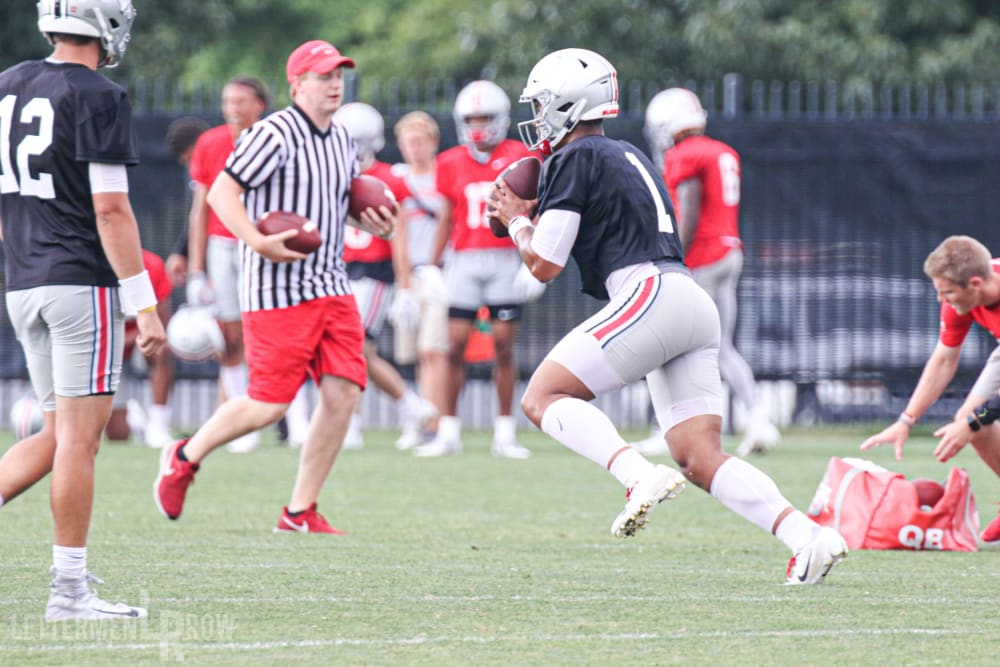 Ohio State quarterback Justin Fields is poised to take over the attack for the Buckeyes. (Birm/Lettermen Row)

It’s hard at quarterback. You need reps to really show what you can do. Coming out of the spring, Justin had a good feel for the offense but certainly was nowhere near ready to be the starter for this offense. After the first week, he really wasn’t there. Made some mistakes, turned the ball over. Right now he’s starting to scratch the surface. I still don’t think he’s where he needs to be. After this week, I think he played at a starter level, earned the job. We’ll see where it goes from there.”

Day had targeted roughly two weeks of camp as the point when he wanted to name a starter at the most important position on the field for Ohio State. And he hit that deadline and made it clear he was ready to announce his decision with a press conference at the Woody Hayes Athletic Center — which Lettermen Row will stream live right here and on our YouTube channel.

This story will be updated following the announcement, and more coverage of Justin Fields and the Buckeyes will follow throughout the day. Ohio State will also unveil its captains for the season, and video interviews with those players will also be available at Lettermen Row.