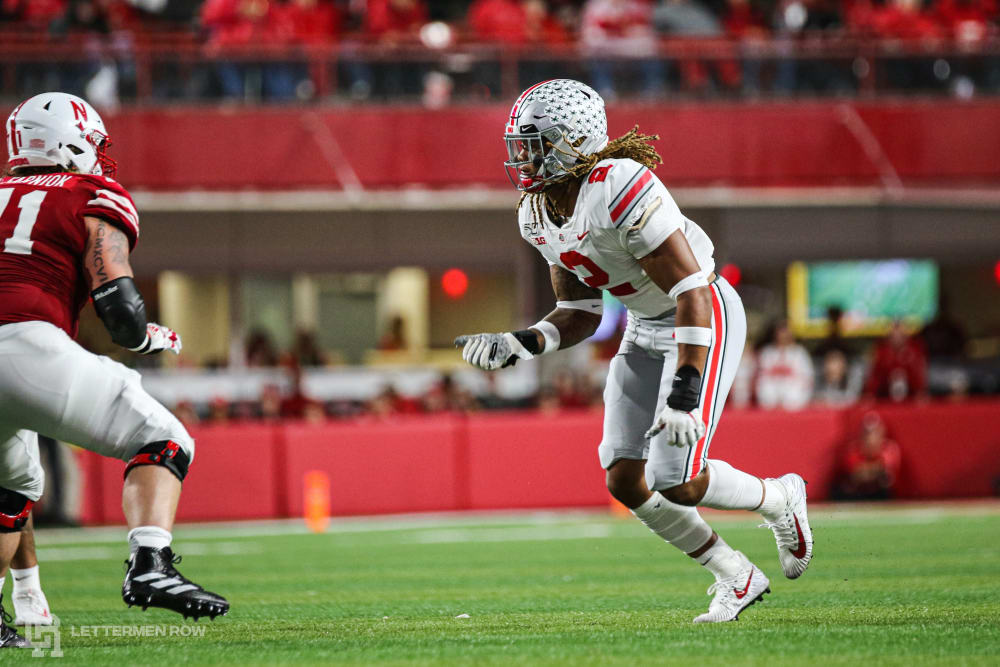 Ohio State heads to Northwestern on Friday as a four-touchdown favorite. (Birm/Lettermen Row)

COLUMBUS — Through six games, Ohio State has steamrolled every opponent on its schedule.

But don’t think the Buckeyes are untouchable.

“We have to make sure that we’re always coming to practice, always coming to the week with something to prove,” Ohio State coach Ryan Day said. “We still have a lot to prove, so I don’t think that will be an issue. We have a lot of things to work on, and we’re only halfway through the season.”

There are multiple Heisman candidates on the Ohio State roster. Chase Young has a claim for best defensive player in the country. The Buckeyes defense is humming. But Ohio State is carrying what Day calls a “white-belt mentality,” which keeps his team looking for ways to improve no matter how well pundits on the outside believe the Buckeyes are rolling.

“You always have to have that same mentality of looking to prove yourself every day,” Day said. “As time goes on, your ego can get in the way, and things can slip. Having that mentality that it’s the first day or preseason camp and that we have something to prove every day is something that I want to introduce to the team this week.”

Seems like Ohio State isn’t losing focus despite being a four-touchdown favorite.

For anybody heading to the game, listening on the radio or watching on TV, Lettermen Row has all the viewing information that could possibly be needed to not miss a moment.

Ohio State leads the all-time series against Northwestern 62-14-1. The Buckeyes have won seven straight against the Wildcats; their last loss came in 2004. The Buckeyes are 63-27 all-time in night games.

Weather: 56 degrees with a 0 percent chance of rain

The line: The Buckeyes are a 28-point favorite, per BetDSI

The Buckeyes and Wildcats will play on Big Ten Network, with Joe Davis (play-by-play), Brock Huard (color analyst) and Bruce Feldman (sideline) on the call.

The Buckeyes and Wildcats can be streamed online via FoxSports.com.

Continue Reading
You may also like...
Related Topics:how to watch, viewing guide