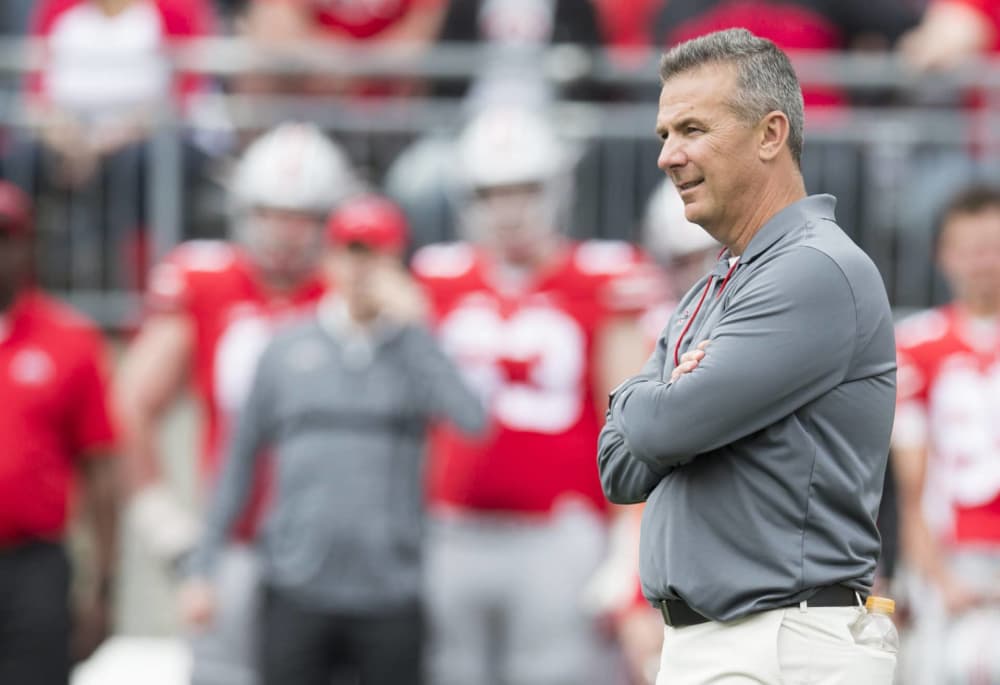 Ohio State has finished with no fewer than 11 wins in any of Urban Meyer’s six seasons in Columbus, so if you’re looking for some easy money, there may be a play for you out there.

Just months away from college football season returning to the radar, Ohio State’s over/under win total for the upcoming season has been set at just 9.5, according to Bovada.

The release comes just weeks after quarterback Joe Burrow’s transfer from the program, which made Dwayne Haskins the outright leader for the week one starting spot. Last month BetDSI released their early win totals for college football, where they put the Buckeyes with a slightly higher win total –10.5.

The sportsbook also released a handful of other Big Ten team’s win totals:

Time to call your bookie.

Who will be starting for the Buckeyes secondary in the opener?
Heisman Trophy odds: Three Ohio State candidates listed
Advertisement