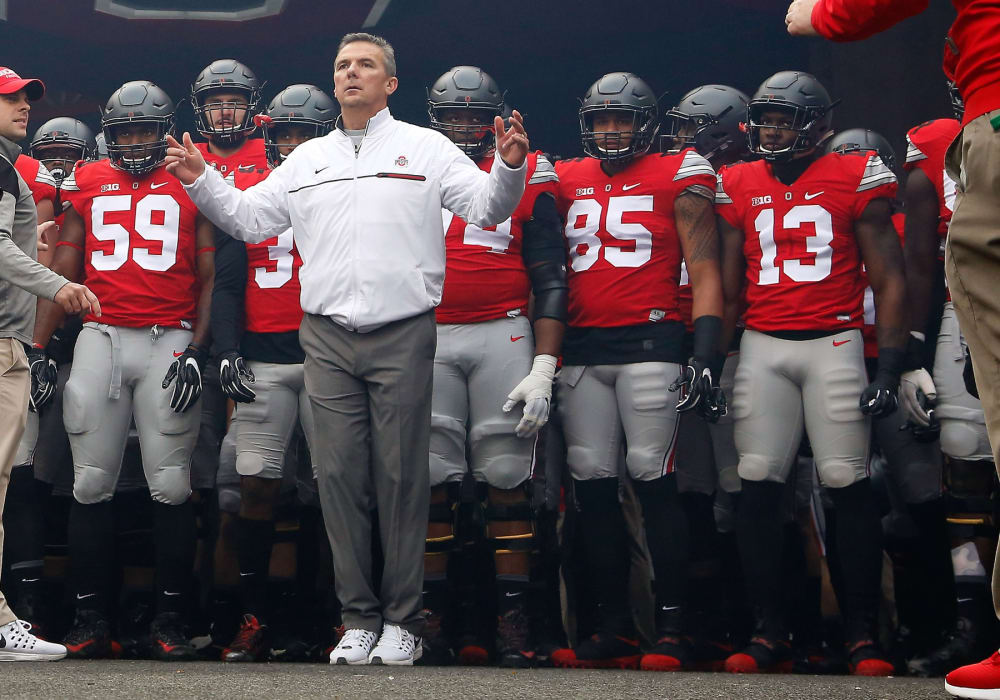 The speculation, debate and conversations about Ohio State never end, and Lettermen Row is always ready to dive into the discussions. All week long, senior writer Austin Ward will field topics on the Buckeyes submitted by readers and break down anything that’s on the minds of the Best Damn Fans in the Land. Have a question that needs to be tackled, like the one today on the Urban Meyer suspension? Send it in right here — and check back daily for the answers.

Thanks for your bird-dogging on this for so long–and your informative pieces.
Moving on: any idea whether Urban is prohibited from ANY contact with the team until after the TCU game? Or will he have input into decisions remotely?

Urban Meyer is returning to his job at Ohio State, it just isn’t going to happen right away for the seventh-year coach. But even while he serves a three-game suspension, he won’t be totally away from the Buckeyes as they start the season.

According to the discipline handed down by president Michael Drake after nearly 12-hours of deliberation on Wednesday, Meyer will wind up being barred from any contact or participation with the Buckeyes throughout the entirety of training camp leading up to the opener against Oregon State next week. Ryan Day will continue to serve as the acting head coach as Ohio State handles the remaining practices in August and will be effectively leading the program against the Beavers on Sept. 1 — but two days later, Meyer will be cleared to return to meetings and the practice field.

From there, the only times Meyer won’t be able to perform his duties will be on game days against Rutgers and during the prime-time, neutral-site showdown with No. 16 TCU in Dallas. Day, likely with some assistance from strength coach Mickey Marotti, will still be running the show while Meyer serves the remaining dates on his suspension.

How much will that absence impact the Buckeyes? Odds are, the program is going to be just fine thanks to the staff continuity and the fact that Meyer will have been an active participant in everything from installing the game plan to leading the workouts during the week. There is obviously value in what Meyer brings from a leadership standpoint on game day given his motivational expertise, but Marotti can help bridge that gap with his fiery speeches and Day is more than qualified to handle the sideline in the interim.

It’s also possible that the Buckeyes on the field will continue to be energized to prove the success of the program doesn’t rely on Meyer alone. And having him back even just during the week on the practice field might provide a jolt of energy, which could come in particularly useful leading up to the matchup down in Texas.

Urban Meyer will be back in charge soon. And he’ll have most of his responsibilities back even before his suspension officially ends.