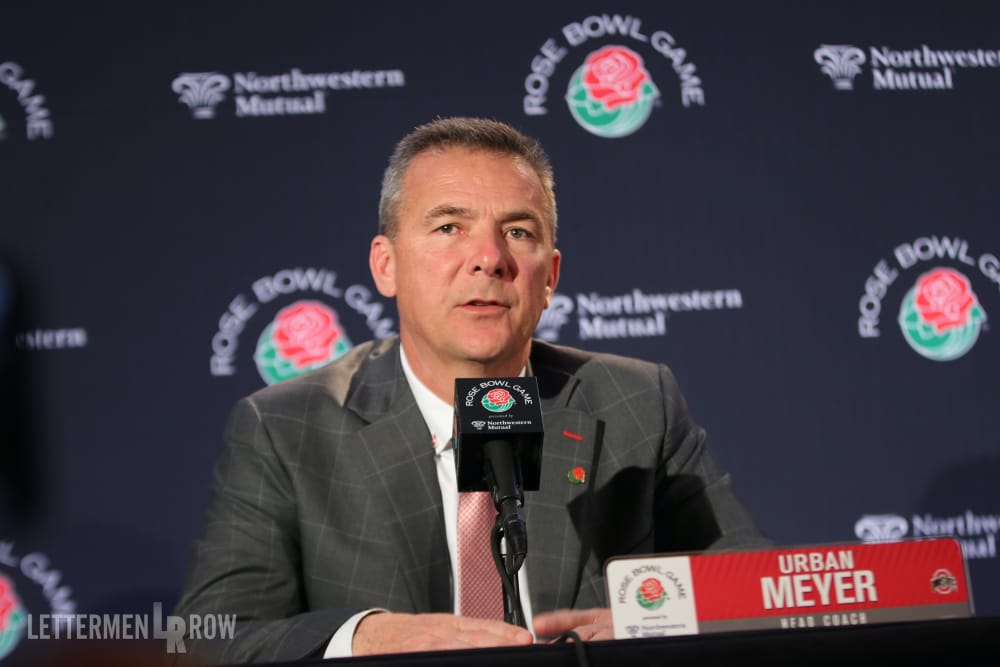 LOS ANGELES — For now, everything feels the same for Urban Meyer.

The Ohio State coach is worried about how his special teams will hold up and preparing for trick plays from Washington. He’s in the middle of his standard pregame procedure and trying to eliminate all outside distractions. And like he’s been throughout his entire career, he’s dealing with the kind of extreme nerves that come with a constant search for perfection.

Will he miss all of that? Of course, but don’t expect him to really admit all of that or attempt to sum up his legacy when he’s got a Rose Bowl to win first.

“I don’t think nervous is a strong enough term before a game,” Meyer said on Monday morning. “Deathly ill might be more appropriate. Yeah, you get very nervous. But it’s not about the coaches — it’s about the player.

“What runs through a coach’s mind is every scenario that happens. It’s not fair to that player not to be prepared when that hits. Some people say, ‘Well, they just have to shoot from the hip.’ We don’t believe in that. We try putting them in those many positions as we can so when it hits they know how to react. Nervous is probably not a strong enough word.” 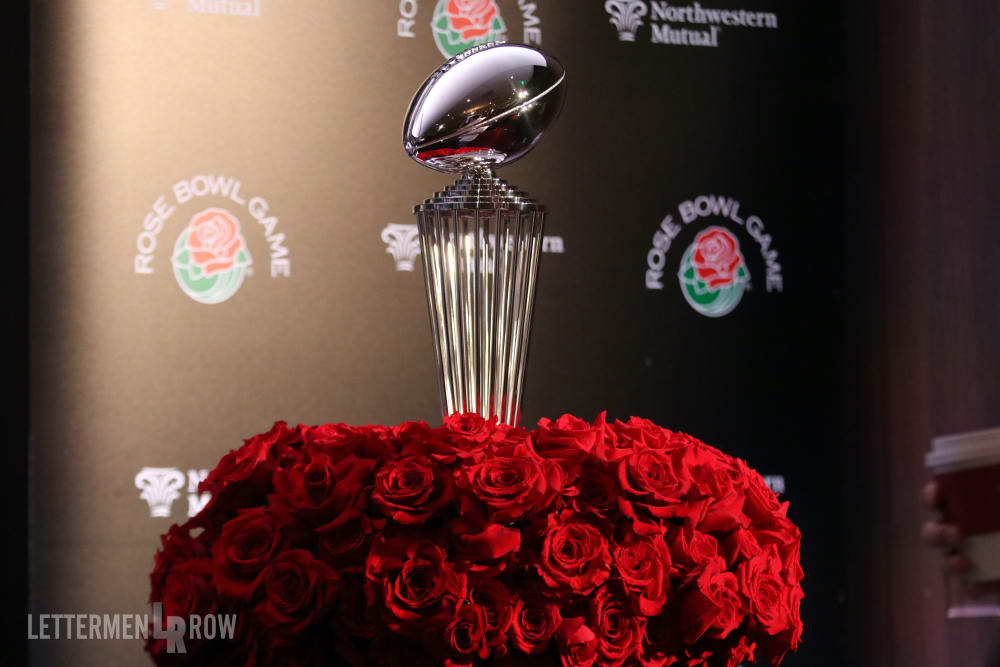 Ohio State and Washington will play in the Rose Bowl on New Year’s Day. (Birm/Lettermen Row)

Obviously Meyer has handled that feeling better than most throughout his legendary career. And throughout the buildup in Southern California this week, it’s become clear that just because he’s heading into retirement, he’s not treating the sendoff against Washington any different than he did the previous 91 games with the Buckeyes — 82 of them which turned out to be victories.

Three of those games produced Big Ten titles. Seven of them were wins over rival Michigan. One of them claimed a national championship. All of them have built a legacy that puts Meyer in rarified air not just for Ohio State, but across all of college football.

That’s about to come to an end on New Year’s Day, and it would only be natural for Meyer to feel more emotional than normal knowing that fact. It would be understandable for him to start taking stock of everything he accomplished. Nobody could blame him if he had coasted to the finish line while letting Ryan Day take charge just a little early.

But then he wouldn’t be Urban Meyer.

“Just out of respect for our players and where we’re at, I think that’s inappropriate for me to even spend time thinking about that [legacy], because I’ve asked our players to shut it down,” Meyer said. “There’s been talk forcing people like our quarterback to make decisions about the NFL, and I’ve asked him to just shut it down until after this game.

“I’d be untruthful if I said it doesn’t matter to me, because of course it does. And I think there will be an appropriate time to have those conversations. Certainly not the day of or the week of or the three weeks prior to the biggest game of this team’s year. So, it does matter, but at the appropriate time. And that’s certainly not now.”

Right now, all that matters is the Rose Bowl.

And one last chance to turn that deathly-ill feeling into a win.