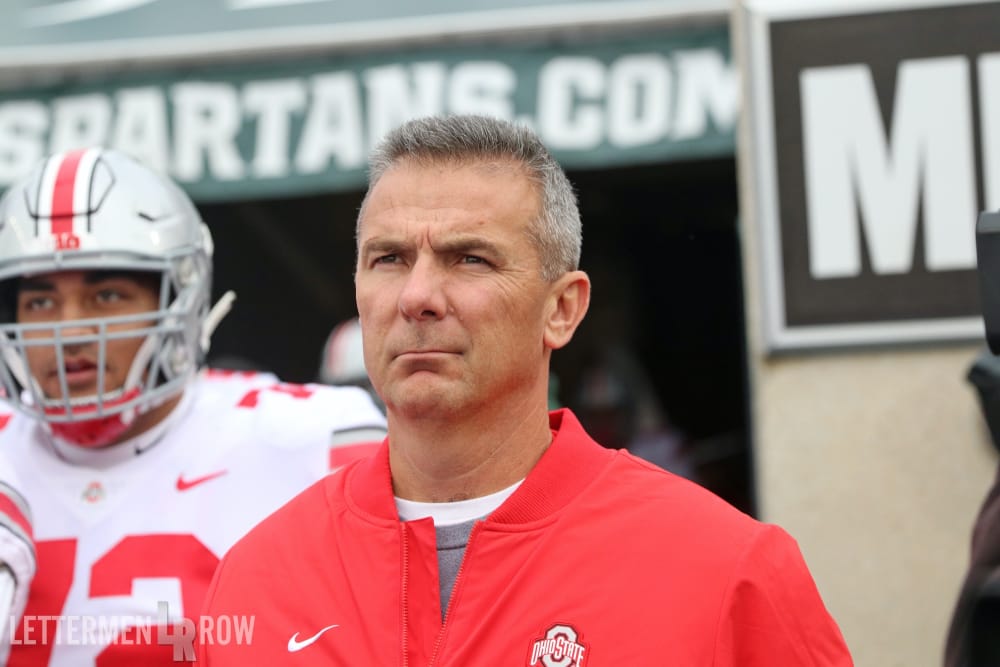 COLUMBUS — Ohio State coach Urban Meyer is looking into legal action after unequivocally denying that any sort of racist language was used or tolerated by a former member of his coaching staff.

Hours after a report from Brett McMurphy alleged that former wide receivers coach Zach Smith had been involved in an incident with a player who transferred out of the program, Meyer joined a growing list of Ohio State players, administrators and individuals with direct ties to Trevon Grimes who roundly shot down the accusation.

Asked on the Big Ten teleconference for his response, Urban Meyer went into great detail about the situation surrounding the departure of Grimes, the medical issue in the player’s family and his early interest in potentially filing a lawsuit. Lettermen Row has previously provided more details and first-person accounts denying the report, and here are Meyer’s comments:

“Well, last week we were made aware, [sports information director] Jerry [Emig] and [athletic director] Gene Smith were made aware that there was a story by this reporter that was going to be printed. Gene and the administration acted. We were getting ready for the Michigan State game, I believe it was, and they acted aggressively, got very involved immediately with it. I want to say they interviewed up to 10 people, and I was kept abreast as it was going. My first reaction, like everyone’s around here, was irate. The players were over-the-top irate. They came to see me, and they were extremely upset that kind of accusation would be made about something that is absolutely not tolerated. Quite honestly, it’s the most preposterous thing I’ve ever heard being involved in college athletics.

“To see a reporter go after a player and his mother like that, I guess I don’t read enough articles, but to call out his mother and list some of the things that have happened in her past, I just don’t quite understand what that’s all about. The personal attacks — I wasn’t going to read it, but I did read it because I knew I would get asked that question. We made a trip to Florida, like we would with any player and have in the past, to go visit a mom that had been recently diagnosed with Stage IV cancer. Her and her son were in distress, and we went to go spend about five hours with him. Gene was very aware, everybody was aware and it was the right thing to do. We’ve done that kind of thing in the past, and we would do that again for any player that’s in distress to show our support because we love that family so much. How that became a story, I think they were trying to say that we made up a story about cancer or something, and once again, I’ve never heard of anything like this before in my life.

” … I’m certainly looking into legal action. I just don’t know how that’s allowed. I don’t understand the rules and the laws of the land to say that you can just accuse people of something that did not happen.”