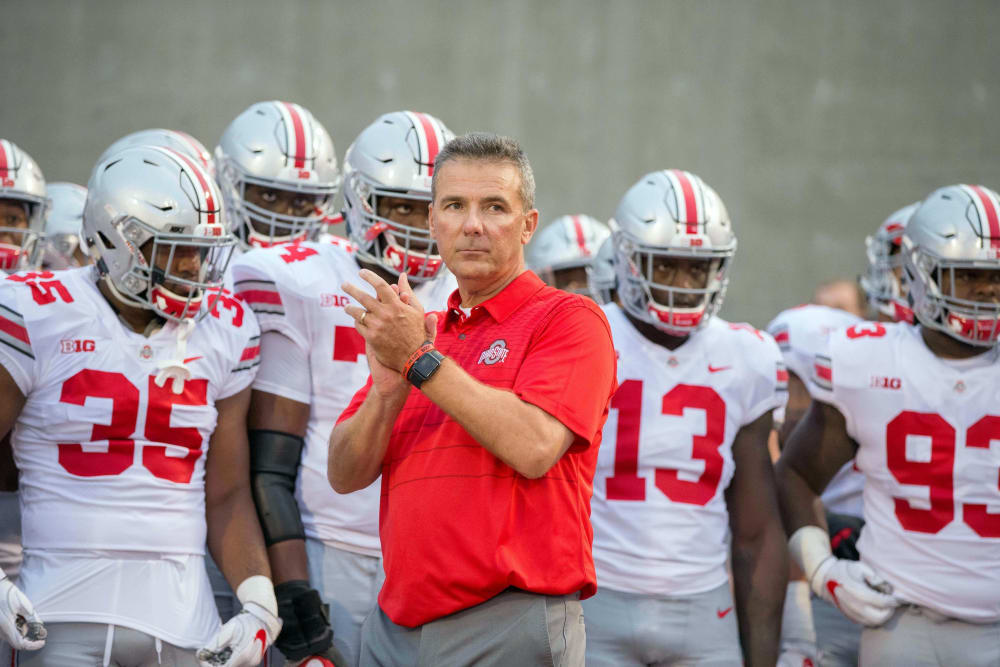 Urban Meyer will return to the sideline with Ohio State on Saturday against Tulane. (Trevor Ruszkowski/USA TODAY Sports)

For Ohio State, which has bungled the public relations at every turn but still clearly did a thorough, detailed investigation to make sure it was making an informed, correct decision.

For the media, which has exhaustively covered everything from criminal issues to salacious details that had nothing to do with the matter at hand.

For the Buckeyes, who did their part along with the rest of the coaching staff in maintaining business as usual during a time of discomfort and uncertainty.

And for Urban Meyer, who finally had a chance to bring these wild two months to a resolution and didn’t shirk from the responsibility to accept blame, apologize and lay out his side of the story.

This has certainly been a long, strange chapter in Meyer’s tenure at Ohio State. But it’s safe to turn the page at this point.

“When I start to hear that — that’s why I’m hoping that something like this, for clarity and it’s why I wanted to go through everything. … I was not lying to the media and I was not lying to people. I did not turn my back to domestic violence. I’m going to do the best I can [to clarify], and if we can remove those two, which is the truth, the damage I believe is that we went through a really hard time.”

The Buckeyes should be on the other side of it at this point. After speaking for nearly an hour on Monday at the beginning of a work week that will end on the sideline with his team for the first time this season, that should be the end of the Zach Smith saga.

Add Meyer’s 14-minute statement about the timeline of events to the 60,000 emails, 10,000 text messages and interviews with more than 40 witnesses and it’s hard to see how there could be any benefit to continuing to talk about this moving forward.

Meyer was probably never going to change the minds of anybody who already considered him guilty of a coverup or condoning violence. But it’s extremely difficult to build any sort of solid case for that based on the lack of police charges, the findings of the investigative panel and Meyer’s own public testimony at the podium in the Woody Hayes Athletic Center. 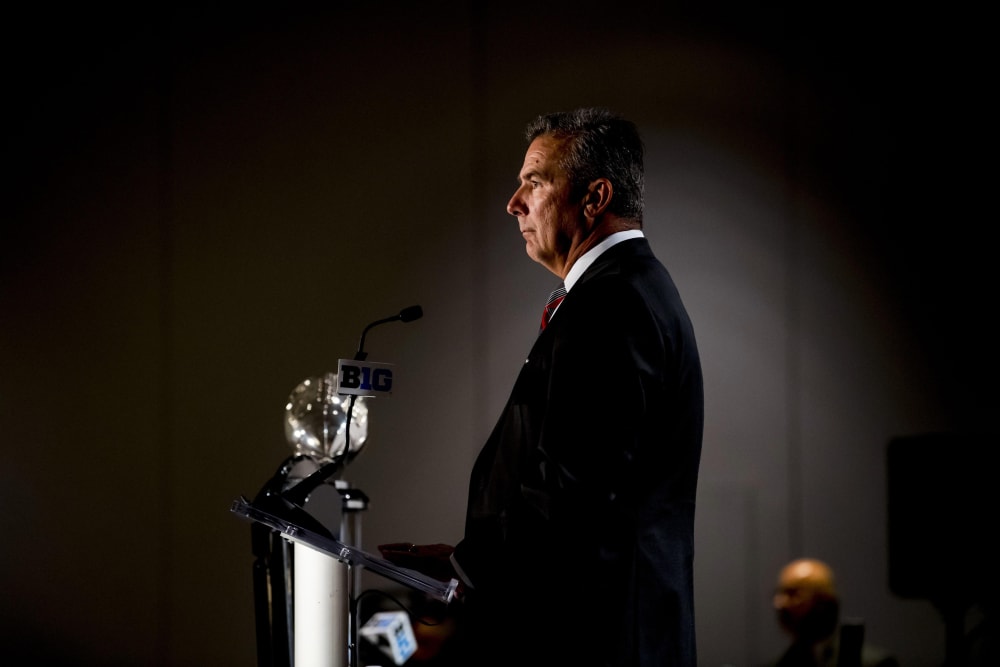 There are always skeptics of Urban Meyer, but his apologies to everybody from Courtney Smith to the media seemed heartfelt and genuine. His defense when it came to his phone and text messages was consistent and credible. In reflecting on how long he allowed Zach Smith to stay on his coaching staff as the problems piled up, Meyer even did something he rarely does in a press-conference setting and admitted a personal mistake.

There will still be those that believe he gives too many second or third chances to talented players or a coach who came from the right family. Meyer isn’t likely to change that tendency either, though he seems more aware of the risks there now and should exercise more caution down the road.

And there will still be some stains on the Ohio State program that might not come clean for a while simply from having gone through a situation that eventually a produced a three-game suspension for a three-time national champion. That’s going to take time and a continued commitment to the kind of open, honest, transparent conversation that Meyer finally engaged in on Monday.

“I’m hoping for the clarity out there of why I was suspended,” Urban Meyer said. “I made a mistake in helping a troubled employee. I went too far in trying to help somebody who had work-related issue.”

Meyer made a serious error, and he’s owning up to that. But it’s true that it wasn’t tied to any knowledge of domestic abuse, and there is evidence that supports his claim that he would have fired Zach Smith on the spot if there had been.

Should Zach Smith have been around Ohio State at that time in the first place? Was it worth risking Meyer’s career and legacy over an average position coach, especially when it became clear there was an upgrade in Brian Hartline already in the building?

Urban Meyer acknowledged that he was wrong. But mismanaging a troubled employee isn’t an unforgivable sin, and a man known for his willingness to hand out second chances deserves one in this situation.

Ohio State is fully comfortable providing one and putting Meyer back in charge. After another hour of information and answers, it should be clear why.

And now it’s time to move on.