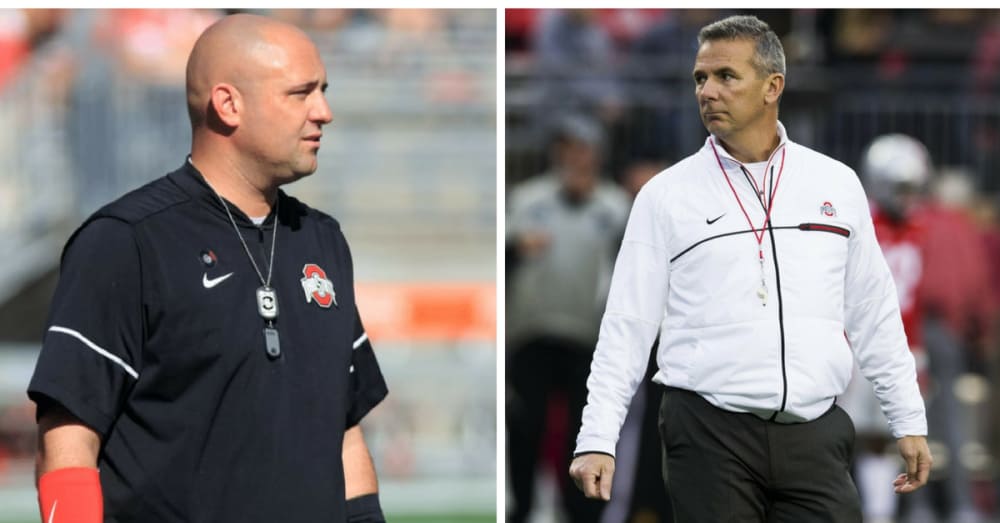 COLUMBUS — There can only be one question for Urban Meyer.

It’s almost inconceivable that one of the all-time coaching greats in college football history would put his legacy on the line for a mediocre assistant who was so easily replaceable and making it so easy to do it.

Loyalty is one thing, and Meyer obviously has no shortage of it when it comes to his old mentor at Ohio State, Earle Bruce. But a blind side that blocks out strip-club visits on recruiting trips, prescription drug problems and all sorts of inappropriate sexual behavior is too big to comprehend.

There are red flags, and then there are flashing, neon lights pointing to a problem. Even athletic director Gene Smith was stepping in and suggesting Meyer make a change on his staff leading the wide receivers back in 2015, and it had practically nothing to do with whether that individual was facing legal charges.

Meyer continuing to risk it all to keep Zach Smith around makes absolutely no sense. And yet here the Buckeyes sit, heading into the start of a three-game stretch to open the season while Meyer serves a suspension that is solely tied to the repeated chances he gave to an assistant that was so easily replaceable, an upgrade was already working in the exact same meeting room. 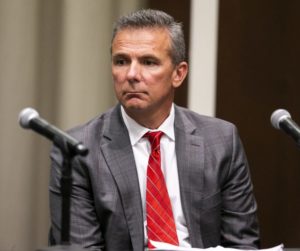 “I followed my heart and not my head,” Meyer said on Wednesday night. “I fell short of pursuing full information because at each juncture, I gave Zach Smith the benefit of the doubt. As I reflect, my loyalty to his grandfather, Earle Bruce, who was my mentor and like a father to me, likely impacted how I treated Zach over the years.

“I did not know everything about Zach Smith and what he was doing, and I’m pleased that the report made this very clear. However, I should have demanded more from him and recognized red flags.”

Coming from one of the most demanding, laser-focused coaches in the country, it’s almost bizarre to come to terms with some of what he either overlooked, ignored or excused based on the full details of Ohio State’s investigation.

The details about Zach Smith aren’t necessarily damaging criminally, which has long been the crux of the issue regarding whether Meyer had done enough to keep his job by following protocol. But the information uncovered by the independent panel are certainly damning for Zach Smith, and Meyer did know many of the facts about over the previous six years.

A recruiting trip to the strip club with another Ohio State coach and at least one high school coach. The need to prohibit pornography on any university-owned device. The credit-card problems on the road as a recruiter. The inappropriate sexual activities in the Woody Hayes Athletic Center and the White House and the adult toys delivered to his workplace. The admission to a drug treatment facility in June 2016.

Maybe Urban Meyer didn’t know all of the dirty details, but he certainly knew enough to part ways with a position coach over them. And that’s without even factoring in the inconsistent work of the wide receivers despite the abundance of talent Ohio State pulls in off the recruiting trail every year.

“In the course of our review … we identified a pattern of troubling behavior by Zach Smith: promiscuous and embarrassing sexual behavior, drug abuse, truancy, dishonesty, financial irresponsibility, a possible NCAA violation and a lengthy police investigation into allegations of criminal domestic violence and cybercrimes,” the report said. “Repeatedly, Zach Smith’s conduct was met with reprimands and warnings by Coach Meyer, but never a written report, never an investigation and no disciplinary action until July 23, 2018.

“While we do not doubt that Coach Meyer respects women and is dedicated to fostering an environment of respect for women in his program, his apparent blind spot for Zach Smith seems to have impaired his judgment and his management of the behavior of at least one of his assistants.”

It’s hard to argue that Urban Meyer didn’t hit that trifecta there, and that’s tough to reconcile with the reputation he’s built at Ohio State.

And it just begs an answer for one thing: Why him?