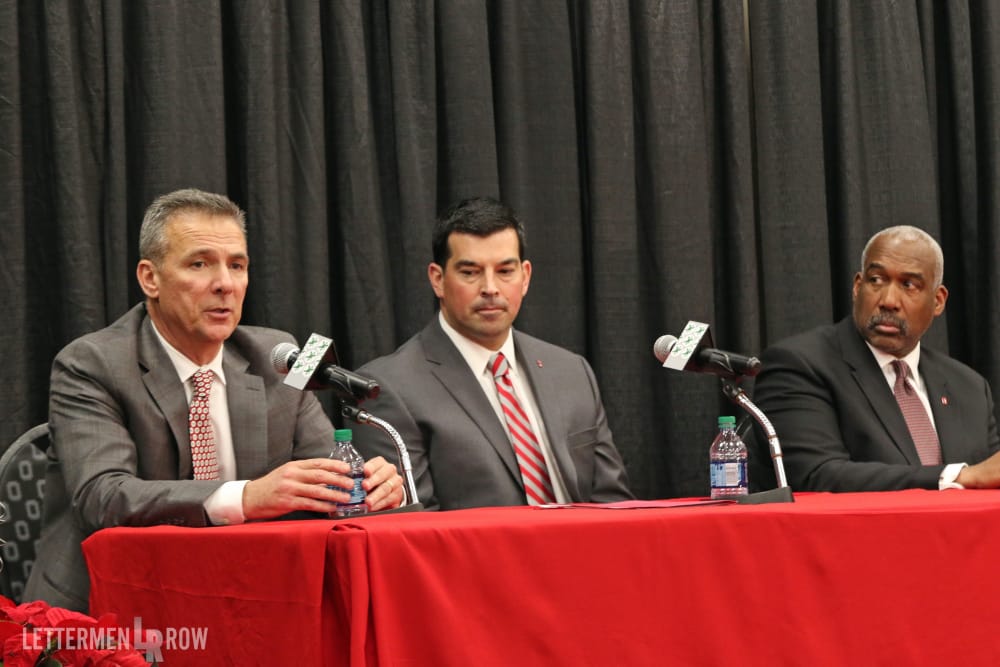 Urban Meyer, Ryan Day and Gene Smith will have a new dynamic in the athletic department. (Birm/Lettermen Row)

The speculation, debate and conversations about Ohio State never end, and Lettermen Row is always ready to dive into the discussions. All week long, senior writer Austin Ward will field topics on Urban Meyer and the Buckeyes submitted by readers and break down anything that’s on the minds of the Best Damn Fans in the Land. Have a question that needs to be tackled, like the one today about Urban Meyer as the assistant athletic director? Send it in right here — and check back daily for the answers.

How will Urban’s new role in assistant athletic director affect recruiting? It seems like this is the biggest component fans worried about losing with Day moving to head coach.

Neither side ever wanted to part ways, and it appears that Ohio State and Urban Meyer have both found a way to avoid it even with the legendary coaching hanging up the whistle. As cleveland.com initially reported, giving Meyer an office across the hall from athletic director Gene Smith and the opportunity to impart his championship-winning wisdom to coaches across every sport on campus should be a win-win for everybody at Ohio State.

The key question will still be how involved Meyer will be when it comes to football, because he’s surely going to be tempted to focus his energy on the Woody Hayes Athletic Center — but knows that he probably needs to back away as Ryan Day assumes command of the Buckeyes. There is plenty he can do to help continue the success of behind-the-scenes programs like Real Life Wednesdays, though, including by expanding it to other sports. And that sort of mission might be something that fills the void created by needing to step away from the sideline, which would be a huge plus for him personally and for the strength of the entire athletic department.

“So when he says jump, I still say I’m going to call [Smith] boss,” Meyer said earlier this month. “However I can help this [place], because I believe in Ohio State. I believe in the spirit when you walk around this campus. I believe in Buckeye Nation, because I lived it my entire life. I believe that this is a different place.

“I want to help in any way I can. And I believe in our new head coach.” 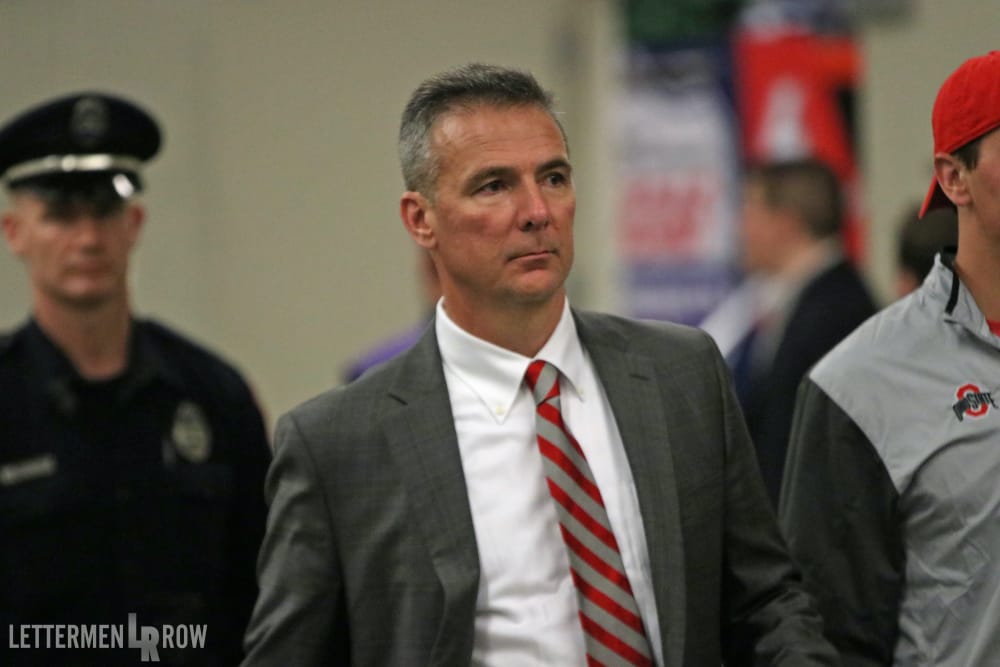 When it comes to the recruiting aspect, continuing to enhance the benefits for student athletes away from their sport has become one of the primary selling points at Ohio State. So, having Meyer channel his laser-light focus in that area wouldn’t just be a benefit for Day and the football team, it could be a boost for every coach building a roster of Buckeyes. Meyer is not going to be in a position where he can directly be a recruiter for Ohio State, but he can do plenty to promote the school, help raise money for continued facility upgrades and also work with coaches to help unlock their potential.

Maybe at some point his health or new medical help will allow him to think about a return to coaching. But that’s not a certainty, and right now there’s no reason for Meyer to even be thinking about that. And thanks to Ohio State carving out a new role for him, maybe he won’t have to if this next chapter in his professional career resonates with him. Meyer has always been driven by the opportunity to teach, and this new position as the assistant athletic director should still provide that.

There’s no guarantee that it will last forever, of course. But for both the Buckeyes and Meyer, it’s hard to see this transition as anything but a victory for everybody involved.