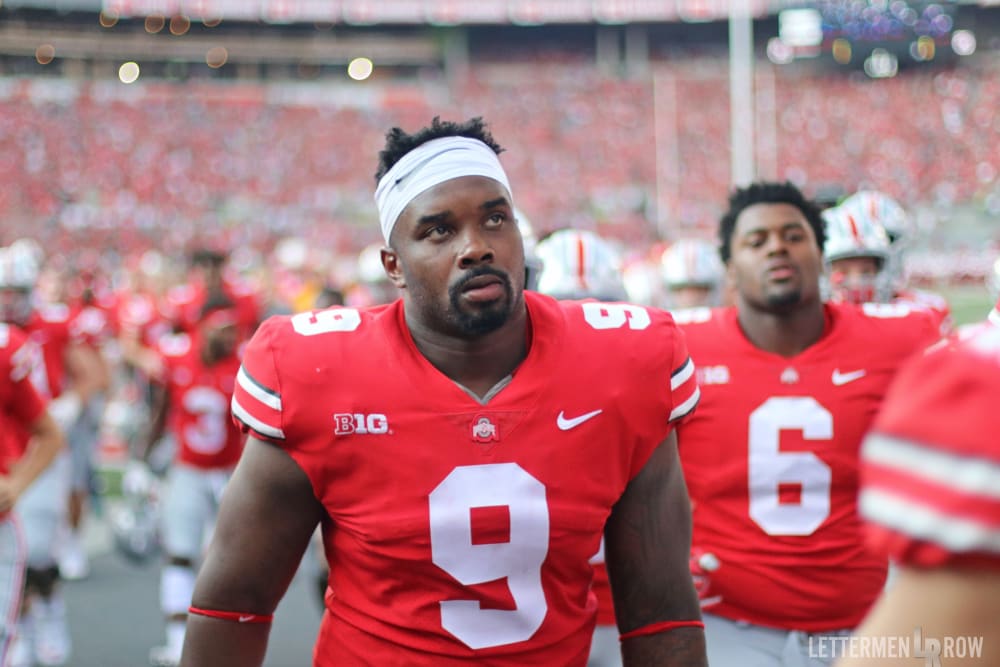 Jashon Cornell could be in line for a bigger role with the banged-up Ohio State Buckeyes. (Birm/Lettermen Row)

COLUMBUS — There isn’t much doubt where the strength of the Ohio State roster is when healthy.

Of course, that’s been the tricky part for the Buckeyes with every starting defensive linemen having at least dealt with some injury — and the star of the unit about to miss his fourth consecutive game.

A defense that was supposed to be built around the pass rush has found itself being publicly challenged to deliver more production heading into the start of the second half of the regular season, which would have been hard to imagine back in August.

But star junior Nick Bosa is out until at least November. Defensive tackles Robert Landers and Dre’Mont Jones have both been slowed by nagging injuries. And now the fourth starter is uncertain for a matchup on Saturday against Minnesota with Jonathon Cooper still in concussion protocol, providing a test of the depth of the unit that was always supposed to have the most in the program.

“[It’s frustrating] for everybody,” Meyer said after practice on Wednesday. “That is the strength of our team — and I wouldn’t say it’s not anymore, but you start taking those names there out of the lineup, especially that first name [Nick Bosa], and that’s a difference-maker.

The Buckeyes, though, have been hit particularly hard on the defensive line. And while Jones and Landers are again expected to play and Chase Young is developing into a star at defensive end, things certainly aren’t going entirely to plan so far for the Rushmen.

Potentially missing both Bosa and Cooper will likely put more pressure on Jashon Cornell and freshman Tyreke Smith to fill the void against the Gophers. And Ohio State doesn’t lower the standard for anybody.

“Average [pass rush so far], I think we need to get a little better, and that ties in with our pass defense,” Meyer said. “Today was an excellent practice, and you see guys like Tyreke and Jashon, I think we need more from him.

“Obviously Chase Young is a very good pass rusher and so is Dre’Mont, so we just need a little bit more.”

Cornell, in particular, has been pushing for more snaps even when the Buckeyes are operating at peak capacity.

He played a key role in the comeback win over Penn State, getting up field from a spot on the interior to clear a path for Young to make the game-clinching tackle for loss. Cornell has also chipped in a tackle for loss of his own despite being shuffled back and forth between end and tackle during his career.

“The last couple games I’ve been playing a lot of minutes, and I feel like my role this week will be pretty big,” Cornell said. “When you come in the room, everybody is smiling, everybody is happy. It’s next guy up. When one guy is up, the next guy has to be prepared. That’s one thing we stress in the defensive line room, and that’s the way we prepare each and every day.

That certainly wouldn’t be too much to ask if the Buckeyes were at full strength. But injuries keep zapping their health up front every week, passing the challenge on to a handful of new faces to deliver for the Rushmen. 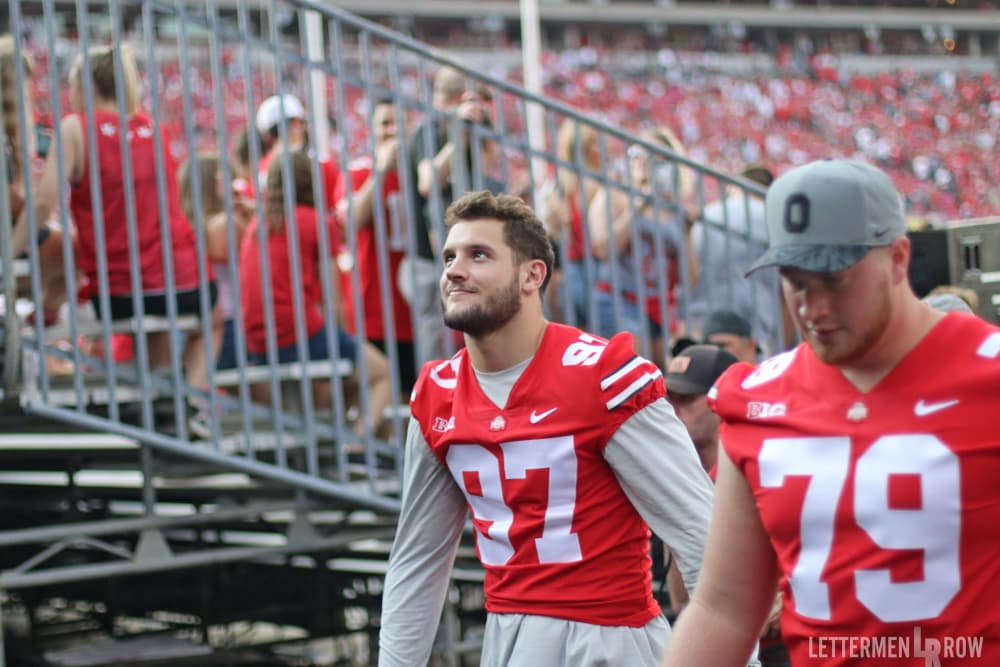 The Ohio State Buckeyes are still without Nick Bosa until at least November. (Birm/Lettermen Row)