COLUMBUS — Former Ohio State coach Urban Meyer is officially out of retirement after two seasons away from football.

The three-time national title-winning coach won’t be in the college ranks, and the Buckeyes won’t have to compete for the country’s top players against Meyer on the recruiting trail. He’s agreed to a contract to become the next head coach of the Jacksonville Jaguars and to try his hand at the NFL level.

The Jaguars made the move official on social media after the team fired head coach Doug Marone following a 1-15 season in Jacksonville. Shortly after making that decision, the hiring of Meyer away from his successful stint as a broadcaster was made official.

“This is a great day for Jacksonville and Jaguars fans everywhere,” Jaguars owner Shad Khan said in a statement. “Urban Meyer is who we want and need, a leader, winner and champion who demands excellence and produces results.

“While Urban already enjoys a legacy in the game of football that few will ever match, his passion for the opportunity in front of him here in Jacksonville is powerful and unmistakable.”

Meyer will take over a Jaguars franchise that is just three seasons removed from winning the AFC South and making it all the way to the AFC championship game, where they lost to the New England Patriots. Three seasons later, the Jaguars finished the NFL season with the worst record in the league and the No. 1 overall pick in the 2021 NFL draft that is coming up in April. 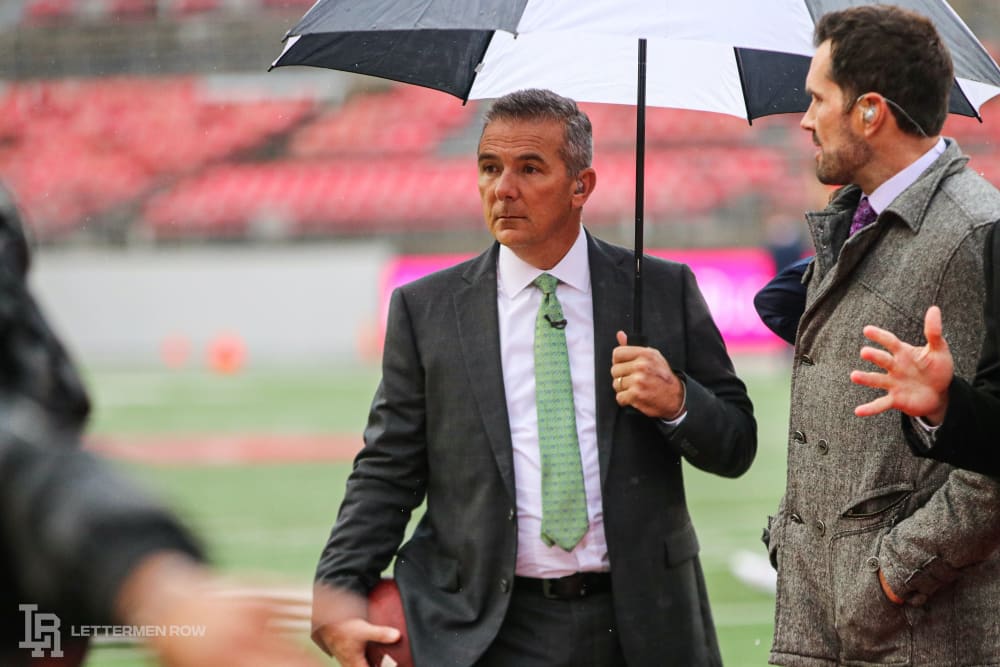 Former Ohio State coach Urban Meyer has made the leap to the NFL. (Birm/Lettermen Row)

Meyer has been long-rumored to have interest in making the leap to the NFL, the one place where he’s never had the chance to prove his coaching acumen. Meyer had little interest in offers at the college level, most notably rebuffing Texas despite a high-profile pursuit from a program that multiple sources confirmed was willing to give him $12 million per season to replace Tom Herman.

With the No. 1 pick in the draft, he and the Jaguars, who currently do not have a general manager after firing Dave Caldwell this season, are expected to land Clemson quarterback and No. 1 prospect in the draft Trevor Lawrence, who lost to Ohio State in the Sugar Bowl on Friday night.

But with ties to the Buckeyes and Ryan Day, a potential Urban Meyer-Justin Fields duo could also be an exciting option for the legendary college football coach.

After just two seasons away from the game, Urban Meyer will be back on the sideline next fall to coach. But it won’t be at Ohio State or Texas or anywhere in the college game.

The Ohio State giant is taking a leap to the NFL.

Why Shaun Wade should return once again for Buckeyes
Scarlet Sunrise: Does Urban Meyer heading to Jacksonville impact Buckeyes at all?
Advertisement