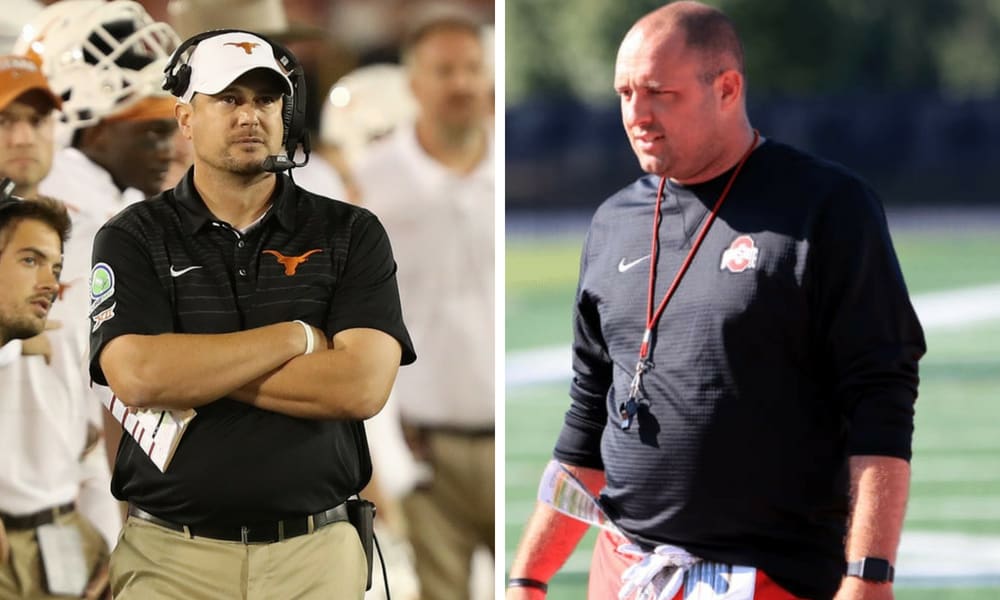 Former Ohio State assistant Tom Herman was with Zach Smith at a strip club on a recruiting visit, according to sources. (Reese Strickland/USA TODAY Sports)

Multiple sources with direct knowledge have confirmed to Lettermen Row that the unnamed Ohio State assistant with Smith was the program’s former offensive coordinator and current Texas coach Tom Herman.

“In May 2014, in connection with an out-of-town recruiting trip to Florida, Zach Smith ran up a significant bill at a local strip club along with another OSU football coach and one or more high school coaches,” according to the findings publicly released on Wednesday by the university. “We have provided the information obtained by the Independent Investigation of this incident to the Office of University Compliance and Integrity and the Athletic Compliance Office to investigate whether this conduct violated the NCAA legislation.” 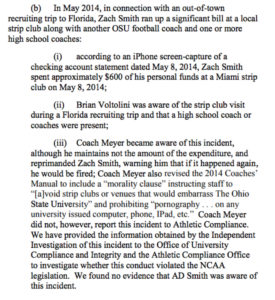 It’s unclear what exactly might have triggered a possible violation of NCAA rules by the former staffers with the Buckeyes or how it could potentially impact Herman. An Ohio State school spokesman was unaware of any details beyond what was included in the six-person, independent panel looking into Smith’s past as part of the investigation into Urban Meyer. Ultimately those results produced a three-game suspension for Meyer, who once teamed up with Herman for some tremendous offensive success on the way to the national championship in 2014.

Smith and Herman worked together on that coaching staff, and an Instagram post from the former wide receivers coach lines up with the dates and details mentioned in the Ohio State report. Herman did not respond to a request for comment from Lettermen Row on Thursday.

Tom Herman was previously linked this month to the Ohio State investigation through accusations that he tipped off reporter Brett McMurphy to details about Zach Smith’s past, which he publicly denied. It was also reported that the Herman family loaned money to Smith’s ex-wife, Courtney.

Lettermen Row will continue to update this story if the subjects decide to comment.