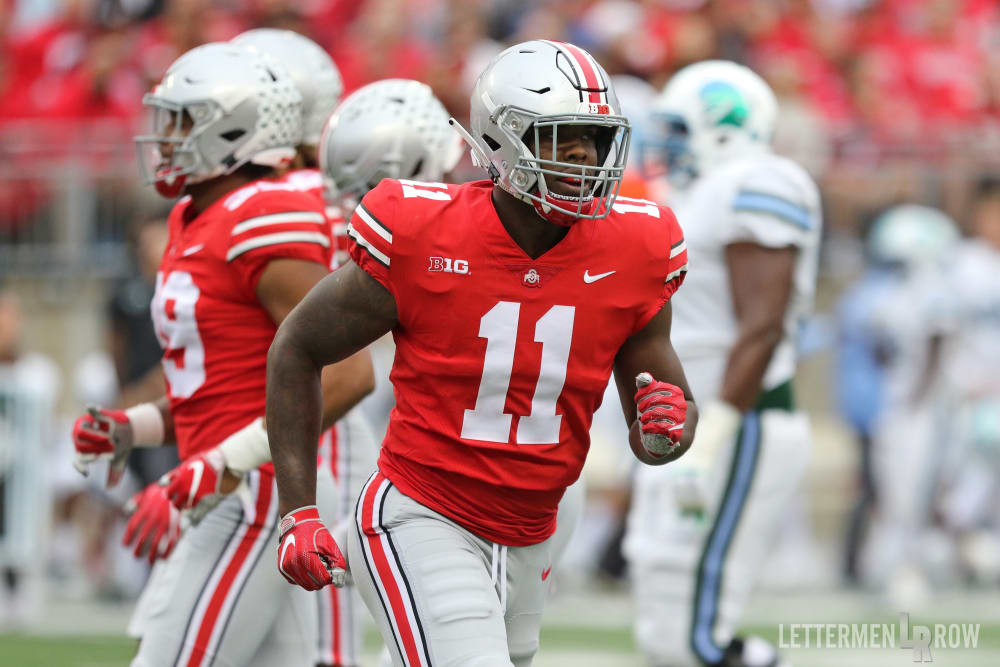 That’s probably why the sophomore from Cleveland Heights, who has only a few years of playing football to his name, isn’t afraid of the expectations before him.

Fair or not, Smith hears the noise. He’s supposed to be next in line. The next Bosa, the next Chase Young, the next truly dominant defensive end to learn under Larry Johnson.

But don’t tell him that’s what he’ll be for Ohio State. Because Smith just wants to be Tyreke Smith.

“I never really compare myself to anybody,” Smith said. “I always just set the bar high for myself. It’s more of a personal goal thing. I want to be the best [defensive] end to come out of here. That’s my personal goal. I know I’m with the best coach, my teammates around me are going to get me better. I got people like Nick [Bosa], Chase [Young] and everybody to push me to set the bar.

“It’s more of a personal thing for me. With the coach I have, I know the sky is the limit for me.”

Everyone inside the Ohio State program knew what Smith is capable of before Saturday’s game against Cincinnati. But when Smith hit Cincinnati quarterback Desmond Ridder in the second quarter at Ohio Stadium, he formally introduced himself to backfields across the country.

Smith’s first career sack may have came a week later than he wanted, though. What he thought was a normal, everyday pain in his leg stemming from high school wasn’t — so this summer, Smith had groin surgery.

He was expected to be back for the season opener. But he ended up not playing as a game-time decision, sitting out alongside fellow defensive ends Tyler Friday and Jonathon Cooper. Smith maintains that he was ready to play. But the Buckeyes didn’t need him, so he was sidelined.

The work he put in during his rehabilitation showed Saturday against Cincinnati. Smith worked tirelessly to put himself in position to have an impact on the defense. 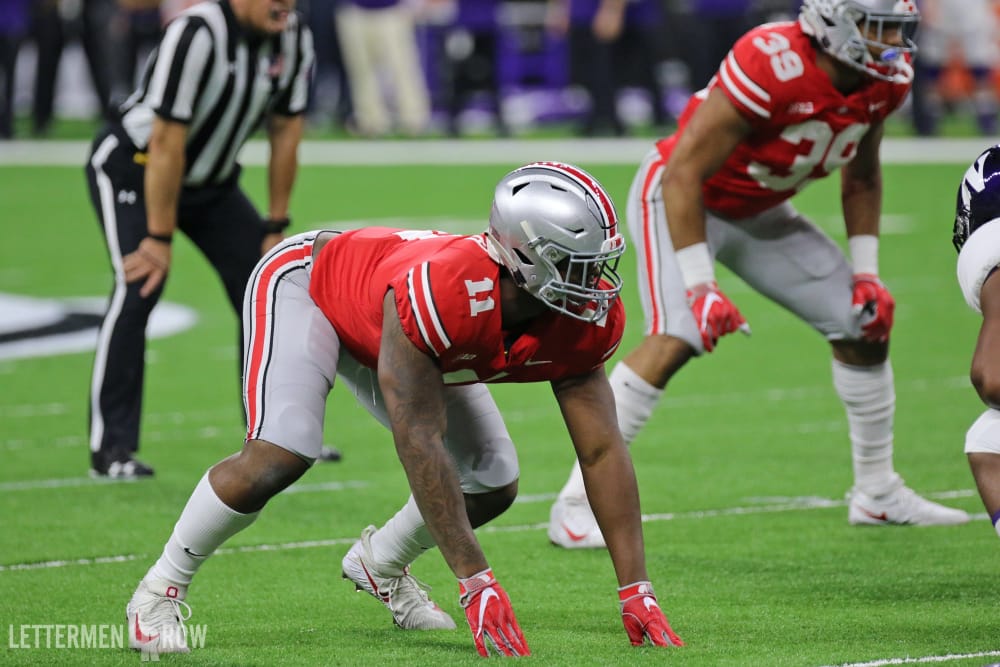 Tyreke Smith may be the next dominant defensive end at Ohio State. (Birm/Lettermen Row)

“Every day I got the chance to run, I ran extra in practice,” Smith said. “Just getting back to the flow of the game, my pass rush down, my first step. I lost the little stuff I used to do good, I kind of lost it because I hadn’t played football and everyone was a little ahead of me. But it took me about a week and a half, two weeks to get back to my full self.

“Then I was good after that.”

Good may be an understatement. Smith fits the bill of a standout Ohio State defensive end. He’s 6-foot-4 and weighs 267 pounds, which isn’t easy to block when coupled with Smith’s athleticism.

The first sack of his career was a prime example of that. And that moment only added to the expectations.

“To see that sack that he had, that was a really impressive sack,” Ohio State coach Ryan Day said. “He’s one of those guys that we want to be the next Bosa, the next Chase Young, the next guy up with some of the other guys that we have. They’ve built a culture in that room that, it’s kind of the next guy up. Who’s going to take over? The more he can keep building on this, the better he’s going to be.”

Day seems to like what he has seen so far from his up-and-coming superstar defensive end. But Smith, a self-proclaimed perfectionist, isn’t done gaining experience, strength and confidence. He’s working with the best defensive line coach in the country, the driving force behind his decision to play for Ohio State in the first place.

As Cooper’s status remains unknown for Saturday’s matchup with Indiana, Smith will take his opportunities when he can get them. When he’s out there, don’t expect somebody who needs to gain confidence. He already has that.

“I think I can be a force for the defense whether I’m starting or not,” Smith said. “I think I can have something to do with it. I’ll be someone to watch out for.”