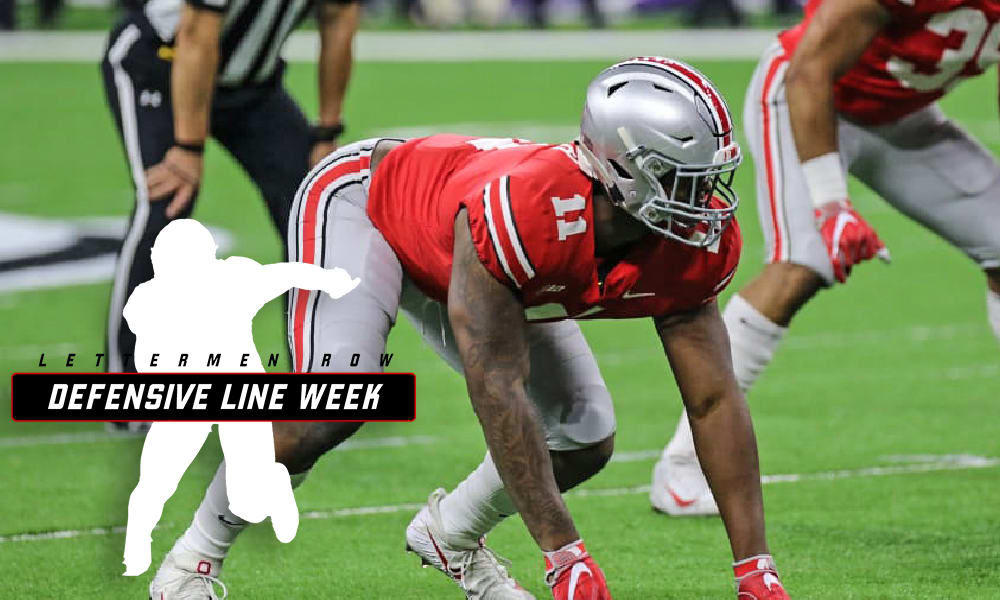 Ohio State defensive end Tyreke Smith is looking to take the next step for the Buckeyes. (Birm/Lettermen Row)

The speculation, debate and conversations about Ohio State never end, and Lettermen Row is always ready to dive into the discussions. All week long, senior writer Austin Ward will field topics about the Buckeyes submitted by readers and break down anything that’s on the minds of the Best Damn Fans in the Land. Have a question that needs to be tackled, like the one today about the breakout potential of Tyreke Smith as part of Defensive Line Week? Send it in right here — and check back daily for the answers.

Ohio State's DL looks stacked , realistically 8-9 guys could rotate , who do you think besides Chase Young has a big year on the DL ?

The Rushmen rotation grants very few exceptions, and that can make it tough for even surefire first-round draft picks on the Ohio State defensive line to get as many reps or chances to post eye-popping individual statistics as they might want. But that doesn’t mean the talent doesn’t shine through. And in that respect, it’s a safe bet to expect Tyreke Smith to become the breakout star for that group heading into his sophomore season.

Chase Young might well earn the extra workload that Nick Bosa was going to get last year before his season-ending injury in September, and he’s a legitimate threat to break the school’s single-season sack record. Thanks to his experience, leadership and upside, Jonathon Cooper will be on the other side and likely standing in the way of Smith earning a starting role this fall. But both of them should actually benefit from the rise of Smith, who appears more than capable of shouldering some of the workload and becoming the next star pupil at Larry Johnson’s Finishing School for First-Round Draft Picks. 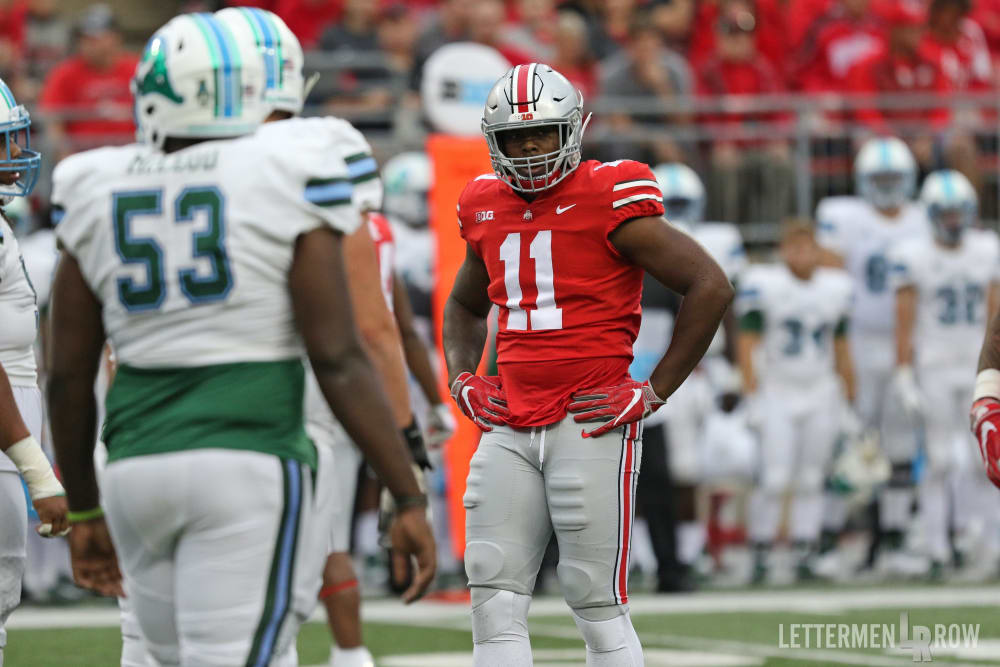 Ohio State defensive end Tyreke Smith has a year of development under his belt with the Buckeyes. (Birm/Lettermen Row)

The spring camp during a defensive lineman’s second year with the program is when Johnson really ramps up the education. So far, Smith has embraced every bit of the hands-on instruction, hours in the film lab and demands in the weight room that Ohio State has placed on him — and few players turned heads as frequently as he did on the practice field. The athleticism packed into his 6-foot-4, 267-pound frame is hard to fathom at times, and it’s going to be terrifying for opposing quarterbacks who see him on the edge knowing there’s no possibility of throwing a double-team that way with Young or Cooper on the other edge.

The scarier thought for teams around the Big Ten might be that Smith isn’t the only possible choice to emerge for the Rushmen. Defensive tackles like Tommy Togiai, Taron Vincent and Haskell Garrett are poised to take on bigger roles and live up to their lofty recruiting rankings after time developing in the program. Ohio State has also seen glimpses from ends Tyler Friday and Javontae Jean-Baptiste that they could provide more options to expand the pass-rush arsenal as well.

But Smith will be the next guy in line after Young to step into the limelight as a national star, to get penciled into early mock drafts as a first-round draft pick and to make it clear that the Buckeyes are only going to get three years of him in the program. The deep rotation means he’ll still be working with a relatively lighter snap count than might be expected elsewhere for a player with his talent, but that’s just the way it works at Ohio State.

In fact, that approach has obviously worked for both the Buckeyes and the stars that have developed with the Rushmen. And Tyreke Smith is ready to take the next step to join them.