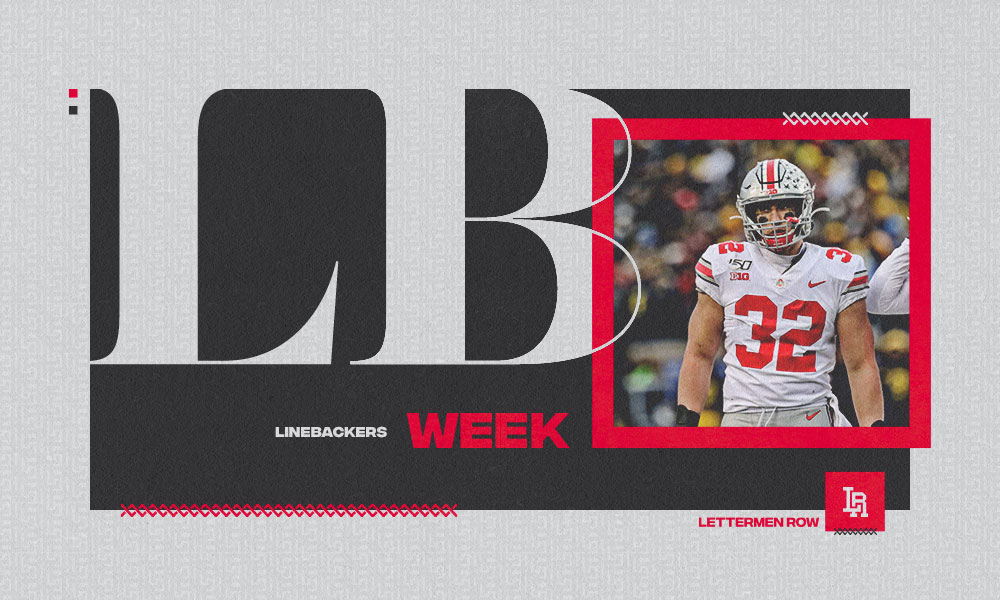 The senior linebacker who is on the verge of becoming a three-time captain for the Buckeyes, keeps quiet, keeps his head down and keeps making plays in the Ohio State defense.

Of course, he hears the critics and doubters. He knows what they have to say about his game. Luckily for Borland and the Buckeyes, he doesn’t care.

He just brushes it off. Borland is a hard-nosed middle linebacker who knows he has the talent he needs to make an impact at Ohio State for a third straight season.

The people in charge know it, too.

“[Borland] played his tail off,” Ohio State linebackers coach Al Washington said. “He was instrumental to us and our success. Incredibly instrumental. He was one of the anchors. You talk about trust? I mean, I trust him — dare I say it — with my life. Out there on the field, I trust him tremendously. He played well, and he’s also a guy who will tell you there are things to work on, and he’s getting better.

Tuf Borland is a physical middle linebacker for Ohio State.

Borland played the 2018 season just months after a torn Achilles. There were moments in that season when he struggled physically, which he grudgingly admitted late in the year — and it’s also true that suspect coaching didn’t do him any favors. Borland won’t make excuses, though. He was a leader on that team despite its defensive struggles, and he’s a leader now as a senior fresh off a College Football Playoff appearance and a historically dominant defense.

“You need that guy. You just need him,” Ohio State strength coach Mickey Marotti said earlier this year. “He’s one of the most dependable guys I’ve ever been around in my 30 years.”

He doesn’t always have the highlight reel of other Ohio State linebackers. Borland does the dirty work, but he occasionally gets in on sacks. A play like that, where he shows his strength to throw the center from Maryland to the ground and sack the quarterback, is why the Ohio State coaching staff loves him.

His strength also allows him to stop opposing running backs in the hole for little-to-no gain and get the Buckeyes defense off the field.

Tuf Borland has the strength to stop running backs in their tracks.

Borland has been making plays for two years at Ohio State, and as long as games are played in 2020, he’ll be back at middle linebacker making a huge impact for the Silver Bullets yet again.

And Tuf Borland will continue to stay quiet, tune out the criticism and make plays.

“I mean, that kid is a warrior,” Washington said last season. “He gets to the ball … and when people [criticize him], I feel like they’re not living in our world.

“But you know what? It’s all good. We talk about it every day. The criticism and the compliments? It’s about what you think. If you look in the mirror, you know if you’re putting in the work. We don’t pay it any mind. And I like that he’s soft-spoken, because his actions speak louder anyway.”

BuckIQ: How Buckeyes can maximize disruptive ability of Baron Browning
Pete Werner, versatile linebackers and the future of Bullet position