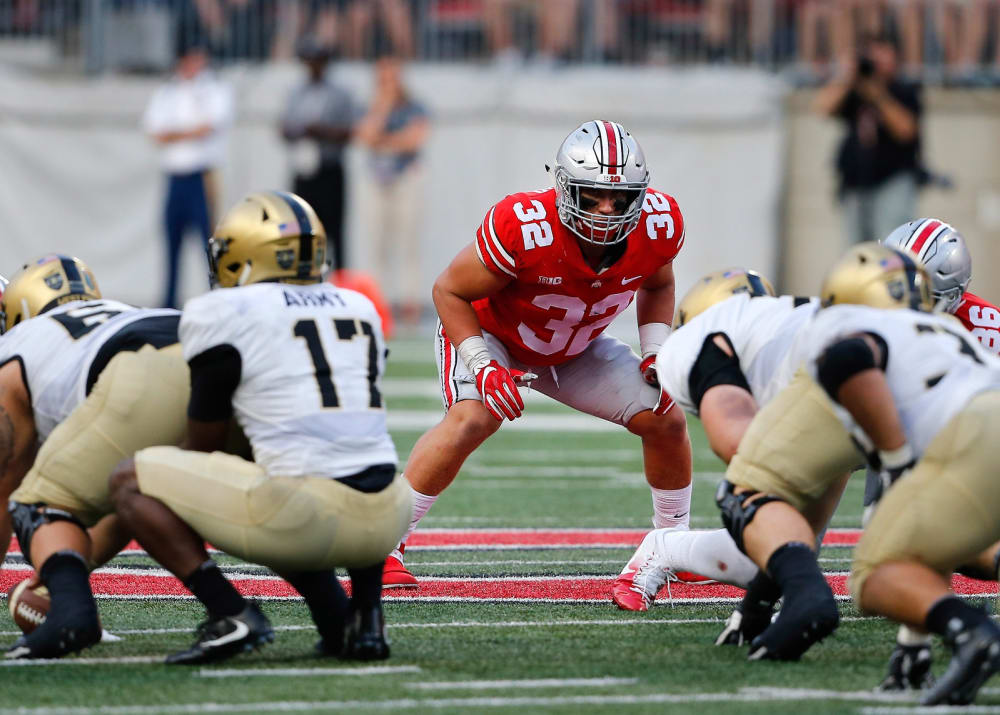 Tuf Borland could return for Ohio State as early as this week. (Joseph Maiorana/USA TODAY Sports)

COLUMBUS — The family may have undershot the mark when Tuf Borland was born.

That name set a high bar, to be sure. But it appears like it might not have gone far enough in providing the perfect moniker for the Ohio State middle linebacker.

Maybe Bionic Borland. Or Indestructible Borland. Superhuman Borland might have been pushing it.

But given the way he’s bounced back so ridiculously quickly from an Achilles injury in the spring to potentially be able to play in the season opener for the Buckeyes on Saturday, there might not be anything that could be ruled out.

“Yeah, that was always my goal was to get back and try to help this team as best I can,” Thor-land said after practice on Tuesday night. “I feel like I’ve done everything that they’ve asked me to do. It’s really hard for me to just sit out and see everybody working while I’m off to the side. I kind of use that as a motivating factor to try to get back and help this team. 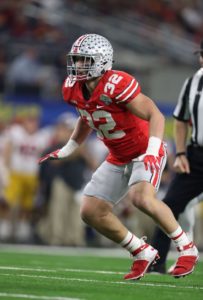 That kind of statement would have been almost unthinkable back in March when Ohio State’s only returning starter at linebacker went down with an injury that was widely expected to keep him on the shelf for the entire season. But almost from the start, the Buckeyes were talking about Unbreakable Borland potentially working his way back in time to contribute this year thanks to how quickly he was progressing, his threshold for pain and a relentless work ethic.

The timeline just kept moving up throughout the offseason, with public sightings and whispers about him filling up like comic-panels.

There he is walking around without a boot on his injured ankle! Wait, is that him already running during workouts? Holy smokes, is that the Incredible Borland hulking out with the starting defense during training camp?

“He may be back this week,” defensive coordinator Greg Schiano said. “It’s amazing the way he has rehabbed. … Tuf is such a committed young man to what he’s doing. And he’s made incredible progress.

“As a coach and as a father I kind of am hesitant because that’s a serious injury. But you have to trust the medical people. If they say he can go, we’ll see by the end of the week and we’ll figure out what he can and can’t do or what he should or shouldn’t do. But he’s ahead of schedule, well ahead of schedule.”

The Buckeyes truthfully don’t have any reason to rush Steel Borland back into the lineup this week against what figures to be an absolutely overmatched Oregon State squad. And Ohio State is now in a position where it’s not critical to have him on the field right now with Baron Browning sliding into the first-team role and a handful of touted tacklers giving the unit more depth and versatility than it’s had in years.

But there is clearly a guy eager to get back, one who never ruled out playing this season even when that was the common wisdom. So, it’s not safe to rule anything out when it comes to Hercules Borland.

“It’s great to see him back,” defensive end Nick Bosa said. “I didn’t [think it would happen]. I thought it was a longer recovery time, but I guess not.

“The captains actually nominated him as the last captain, so we have a lot of respect for Tuf and just how hard he works every day.”

One day after another, healing powers and motivation combined to put him on the brink of an unexpected return.

And the legend of Bad-Ass Borland only figures to grow from here.

Will Ohio State really be able to rotate in all those talented wideouts?
Ohio State: Future conference schedules for Buckeyes through 2025 announced