Connect with us
Tuf Borland has been stellar for the Ohio State defense. (Birm/Lettermen Row)

COLUMBUS — In the southeast corner of the end zone, Tuf Borland gathered up one of the first waves of Ohio State players out for warmups.

Normally reserved in public, always hesitant to talk about himself and not one to seek the spotlight, Borland stood in the middle of the Buckeyes on Saturday morning and unleashed the kind of fiery speech that reflected precisely why he has twice been voted a captain.

The exact message wasn’t really suitable for all audiences. But the only reason Borland is able to get the attention of his teammates is that his speech about accountability was almost immediately backed up by one of the most impressive tackling barrages he’s had since his Achilles injury roughly 18 months ago.

The rebirth of the Silver Bullets has undoubtedly been a collective effort. But after coming under fire both for his own play and the way his unit performed for the worst defense in school history last year, Borland has produced a major bounce-back effort as one of the key cogs for the nation’s best defense this season.

“I mean, that kid is a warrior,” Ohio State linebackers coach Al Washington said earlier this season. “He gets to the ball … and when people [criticize him], I feel like they’re not living in our world. But you know what? It’s all good. 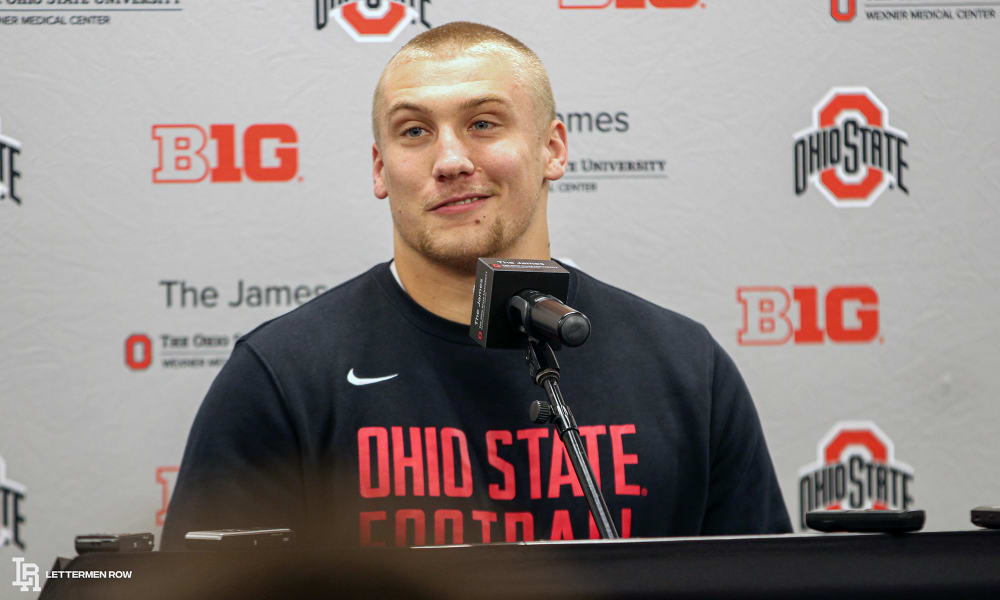 “We talk about it every day. The criticism and the compliments? It’s about what you think. If you look in the mirror, you know if you’re putting in the work. … We don’t pay it any mind. And I like that he’s soft-spoken, because his actions speak louder anyway.”

Borland proved before the Maryland game that he can also raise his voice when necessary, and he also cranked up the volume with five tackles and a sack in the first half before the Buckeyes rested the starters in yet another blowout victory.

Despite the heavy rotation at linebacker and the number of games where the first-team guys have been able to rest in the fourth quarter (or earlier), Borland heads into Saturday’s matchup at Rutgers with 29 tackles, 3 tackles for loss, a sack and an interception as he works to silence the skeptics.

And if that mission hasn’t been entirely accomplished yet, there’s no sign at this point that he’s slowing down at all now that he’s back to full strength in the middle of the Ohio State defensive resurgence.

What has allowed Tuf Borland to take another step forward for Ohio State? How has a new scheme and deeper rotation for the Buckeyes helped allow the linebackers to shine? Are there areas where Borland can still get better down the stretch? Former Ohio State captain and middle linebacker Zach Boren was in the Lettermen Row film lab breaking down the film and answering those questions in the latest episode of BuckIQ.