Connect with us
Trey Sermon can be explosive for the Buckeyes. (Reese Strickland/Imagn)

COLUMBUS — The concerns can’t be entirely wiped away just because of the commitment from Trey Sermon.

After all, he’s still a few weeks away from being completely healthy. And there’s still no clear timeline for when Ohio State will be able to resume football activities and let the Oklahoma transfer get to know his new program.

But Sermon’s dynamic ability checks virtually every box to fill what might have been the only position with uncertainty heading into training camp this season. And when he’s fully cleared and in the fold with the Buckeyes, there is plenty of evidence from earlier in his career that he can be a special weapon for the three-time defending Big Ten champions. 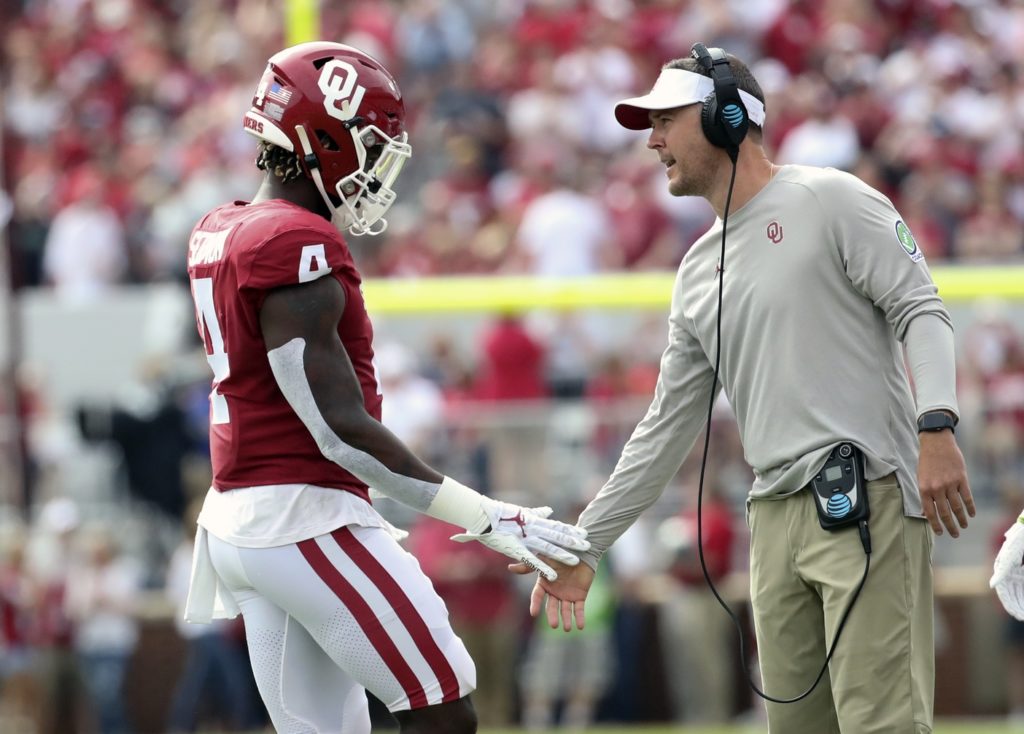 “There are definitely similarities with the offense, and that’s kind of what helped my decision as well going into an offense that is pretty similar. That way I just have to learn the terminology, and just the [experience] understanding the game helps as well. I talked to Coach [Ryan] Day a little bit as well, he seems like a great guy. Just based off our conversations that we had and texting back and forth, I’m just excited to play for him.”

The Buckeyes are just as thrilled to have him, particularly after watching Master Teague leave the first practice of spring camp with an Achilles injury while projected backup Marcus Crowley was already on the shelf until summer with a knee injury.

One way or another, Ohio State was shaping up to be inexperienced and breaking in a new starter at tailback. But Sermon certainly changed that with his decision to join the Buckeyes, bringing more than 2,000 yards and 25 touchdowns with him and instantly providing a veteran presence — as soon as he arrives.

What made Trey Sermon such a dangerous weapon during his career at Oklahoma? How does he fill the need at tailback for Ohio State? What can the Buckeyes do with him in the backfield alongside Justin Fields? Former Ohio State star Beanie Wells was back in the virtual film lab with Lettermen Row to answer those questions in the latest episode of BuckIQ.