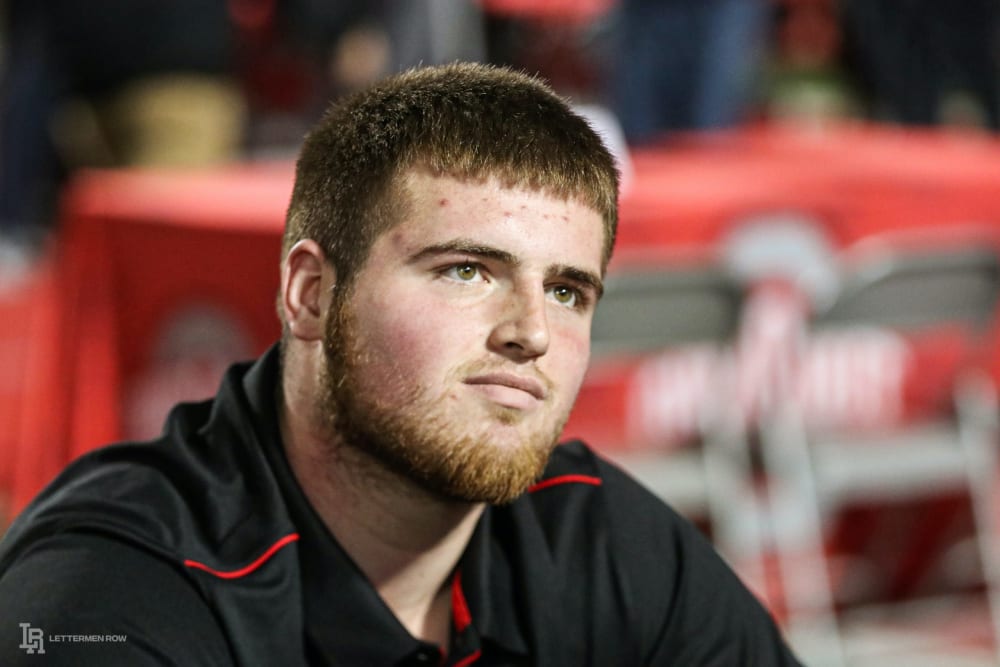 Good thing those numbers mean absolutely nothing to Trey Leroux and Ohio State.

“No, especially now that I’m here, I don’t pay any attention to the stars or anything about that because we’re all one team and we work together,” Leroux said during his first media session as a Buckeye. “So I don’t pay attention to my ranking. I love the challenge actually.”

Leroux is taking the right approach to his first few weeks on campus at Ohio State. He’s loving mat drills and workouts in the weight room with Mickey Marotti. He’s dropping weight.

The odds are stacked against him as the lowest-rated of the six offensive linemen recruited by Ryan Day, Greg Studrawa and Ohio State. But that isn’s holding the 6-foot-8 tackle back from beating those odds and proving the major recruiting sites wrong. He is out to prove he belongs at Ohio State with every four- and five-star prospect he lines up beside or against. And all of those factors are pushing him.

Johnson can help push him. As the highest-rated offensive lineman in the class, Johnson is a good measuring stick for Leroux. But Leroux had other things to focus on as he began to compete with Johnson.

He arrived a big 360 pounds; the first goal was to lose weight. Leroux is crushing that objective. 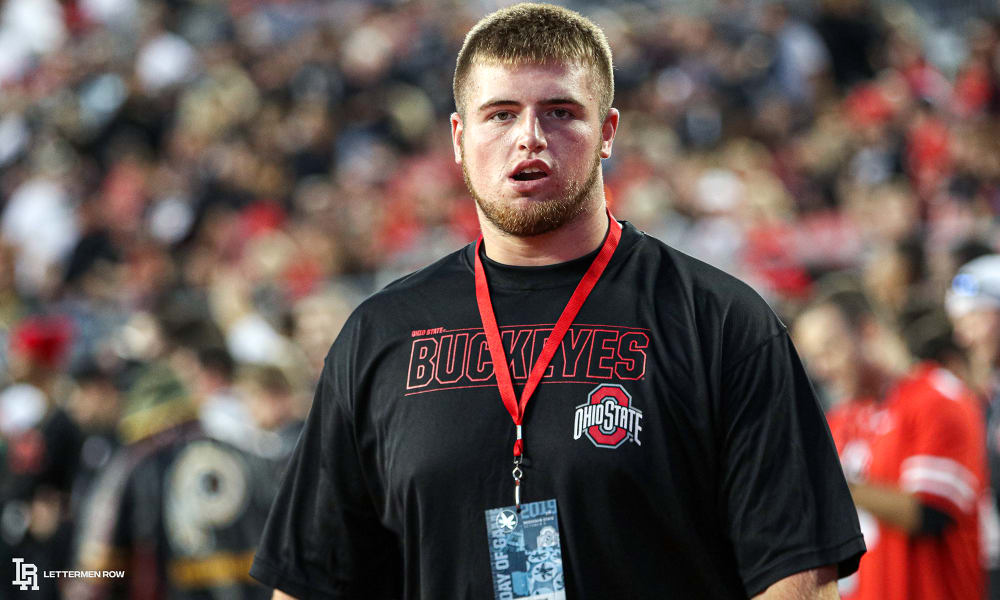 In the first month in Columbus, the early enrollee from Norwalk dropped 30 pounds and began to change the way his body looks. That’s all part of the motivation. He can’t get to where he wants to be without changing, so he’s doing it.

But 30 pounds? That’s a lot to lose in three weeks.

“Do the workouts and eat right,” Leroux said of how he did it. “The nutrition staff here is amazing. Doing cardio and everything else and the pounds just fall off. There’s no secret to it. It’s just following the plan. That (330) is my goal weight right now.”

Enrolling early was the best thing Leroux could have done. Those extra months in the weight facility, on the Ohio State nutritional plan and with the other offensive linemen have already helped him develop. He knew when he committed last spring that he would be signing in December and enrolling in January. The idea of getting a few extra months to begin his transformation was enough to lure him away from his high school in Norwalk.

“Really just to change my body and get a head start,” he said. “Coach Mick has done an amazing job and I think it was the best idea for me to come early and work out early and get to learn everything a little bit sooner than if I had waited.”

Hard at work, looking to prove everyone — especially recruiting services — wrong, Leroux is doing everything he can one month into this career.

It’s better to just skip peeking at the recruiting rankings. Trey Leroux is determined to prove they were just numbers.

“Like I said, I don’t really focus on the rankings now because when we’re here it doesn’t matter,” he said. “You think of Paris the same as me, we’re just freshmen who need to work. You just continue to work as a group.”