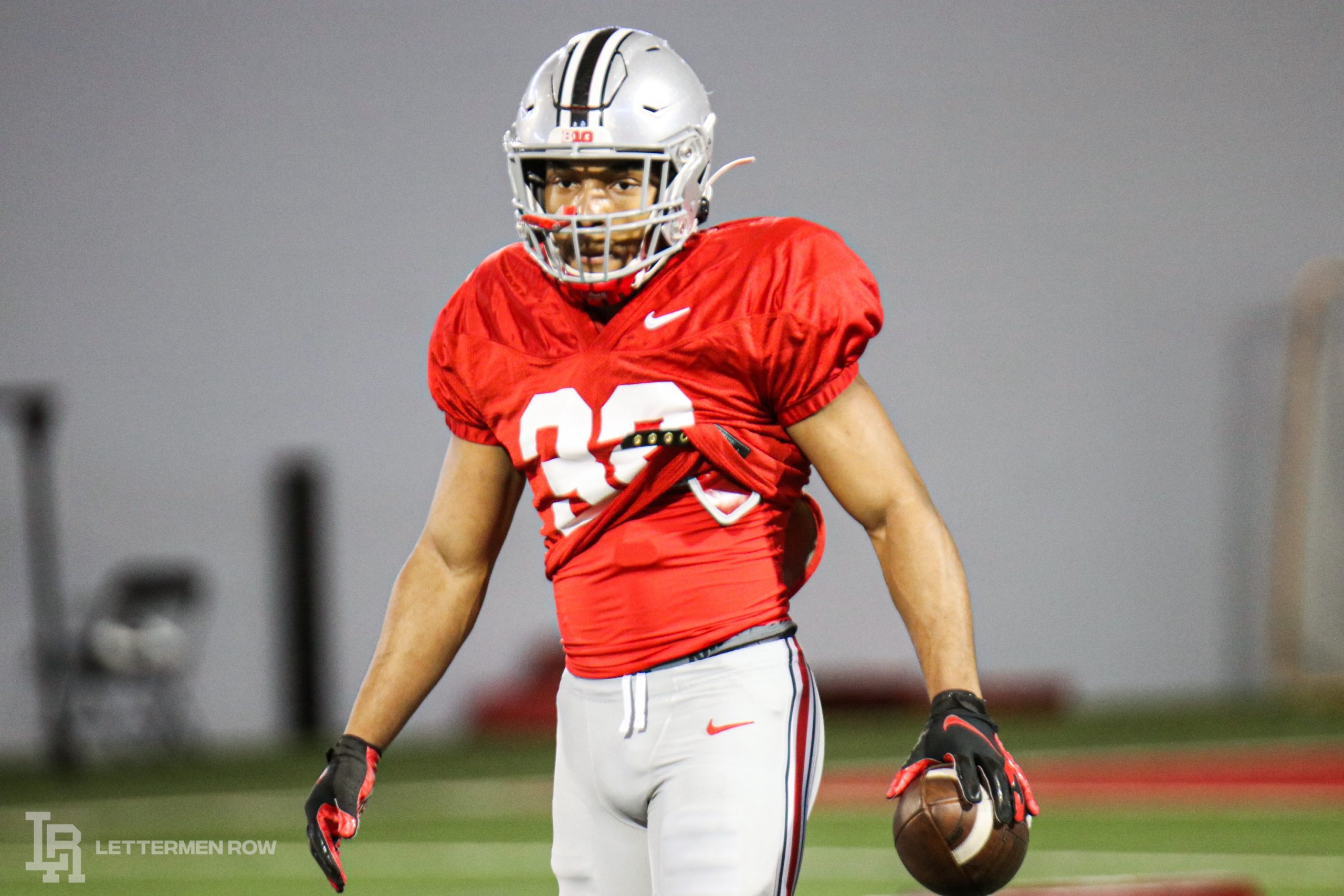 After missing his senior year of high school football due to COVID, the running back went to work with his track coach at Hopewell (Va.) High School to prepare his body for college football. The effort paid off, as the early enrollee shed his black stripe following Saturday’s practice.

“I don’t think it set me back,” Henderson said earlier this spring. “We put the pads on Wednesday, and all I need is that one good hit to wake me up and I’ll be good.

“I worked pretty hard during that time I didn’t have a season. I was training with my track coach at my high school and he was getting me physically and mentally prepared for this moment.” 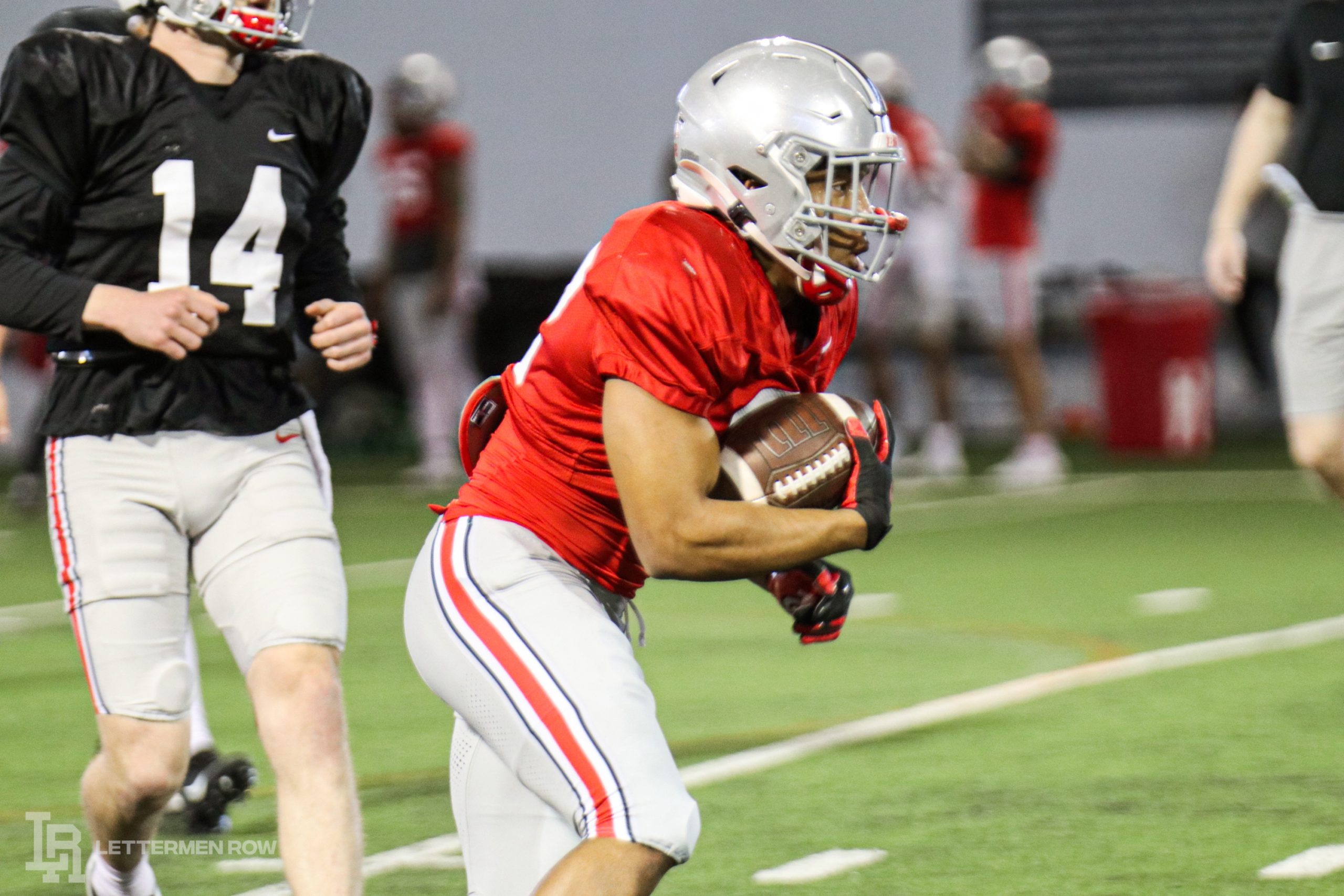 Henderson is already in the mix for carries. (Birm/Lettermen Row)

His credentials have inserted himself into the starting running back conversation immediately. He was the No. 1 back in the country, a five-star prospect and was also on the All-American Bowl roster. He becomes the fourth player this spring to shed the black stripe, joining Jack Sawyer, Marvin Harrison Jr. and second-year defensive lineman Jacolbe Cowan.

Henderson enrolled at Ohio State in January along with running back Evan Pryor. The two are roommates and committed to the Buckeyes within a two-week period and have envisioned a partnership in the backfield. While Henderson wants contact, Pryor looks suited to break runs on the outside and be an option in the passing game.

Listed at 5-foot-10, 210 pounds, he committed early to Ohio State and quickly became a favorite of Ryan Day. His junior year highlight reel is ridiculous, too. Entering this spring he hadn’t played football in over a year, but he’s already competing for carries in a room that includes Master Teague III, Steele Chambers, Marcus Crowley, Miyan Williams and Pryor.