Connect with us
Tony Alford is building another special unit at Ohio State. (Birm/Lettermen Row)

Ohio State football recruiting can be a wild ride full of twists and turns as recruits from all over the country maneuver their way to signing day. Lettermen Row is here to help navigate the tumultuous roads by getting to the heart of the matter with the young football players and Ohio State coaches and staff members themselves. This week’s guest is Ohio State running backs coach Tony Alford, who opened up on a number of topics around recruiting and Buckeyes football.

The world of college football recruiting is full of twists and turns, peaks and valleys. There aren’t many coaches across America who understand that better right now than Ohio State running backs coach Tony Alford.

After losing a pair of never-publicly announced commitments from two of Ohio State’s top priorities in the Class of 2020, Alford came under fire from message board posters and recruiting analysts alike as questions emerged about whether or not he remained an effective recruiter for the Buckeyes. That onslaught of negativity came just two years after playing an integral role in signing three 4-star running back prospects in 2018 and also being a big part in the addition of Tyreke Smith and Sevyn Banks in the same class.

The pressures of coaching at a high-profile place like Ohio State are obvious. Alford knows that because he chose it when he took over for Stan Drayton as Urban Meyer’s running backs coach following Ohio State’s 2014 national title run.

That doesn’t make it easy to drown out the noise. Coaches are human, and even if they understand the criticism being lobbed in their direction, it isn’t easy to hear. Some use that as a reason to grow bitter, others will use it as motivation. For Tony Alford, it appears to be the latter. 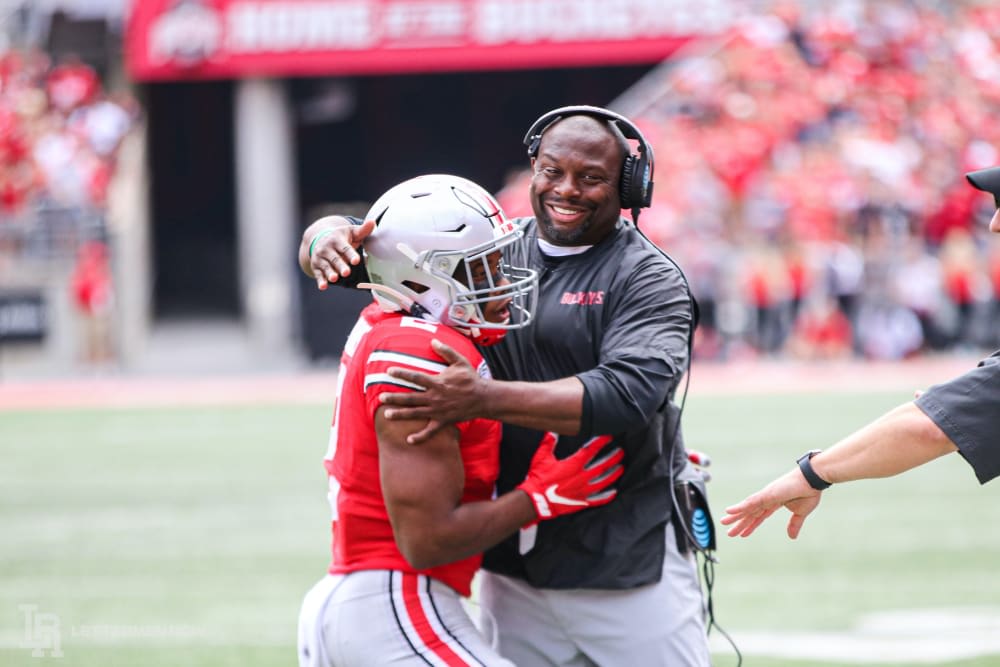 Tony Alford and J.K. Dobbins have both often about their close relationship at Ohio State. (Birm/Lettermen Row)

And that’s turned out to be very good news for Ohio State, which is now being handsomely rewarded by the fifth-year assistant coach once again on the recruiting trail after the program landed a pair elite running back prospects: 4-star North Carolina standout Evan Pryor and 5-star Virginia talent TreVeyon Henderson. Henderson, the country’s No. 2-ranked tailback, picked Ohio State without ever visiting the school, citing his relationship with Alford as the primary reason.

What changed? What did the 2020 recruiting cycle teach Tony Alford? How has the call for his job affected him personally? What’s been the biggest adjustment to working from home this spring? What one recruit throughout the years surprised him the most? The Buckeyes assistant coach answers those questions and more as the latest guest of Birminology, exclusively on Lettermen Row.