COLUMBUS — Tommy Togiai has never had a problem making a strong impression on the field.

Turns out it was just as significant when the Ohio State defensive tackle wasn’t there at all.

If there was somehow any lingering doubt about his game-changing ability in the trenches, Togiai’s absence in the national-title game should have erased it. The Buckeyes simply weren’t the same fearsome unit up front without the junior collapsing pockets, swallowing up running backs or running down sideline-to-sideline tackles.

Togiai had already proved himself as one of the best interior linemen in the nation, of course. And that’s exactly why he was in position on Monday night to declare for the NFL Draft despite not getting a proper sendoff in the College Football Playoff thanks to COVID protocol.

“This has been one of the toughest choices I have ever faced,” Togiai posted on social media on Monday night. “But after discussing with my family, it’s best for me to forgo my senior season and my time to declare for the 2021 NFL Draft.

“The Ohio State University has truly changed my life. I’ve had so many ups and downs during my time here. I want to thank all of my coaches for everything they have done for me. They have pushed me to limits I never thought possible, and I am forever grateful to them.”

Togiai has always had the physical tools necessary to become a next-level performer, and his work ethic and the steady technical development with position coach Larry Johnson got him there after three seasons. The Buckeyes were anticipating a fourth with him, but instead he’s moving on and Lettermen Row is breaking down what it means for the program moving forward. 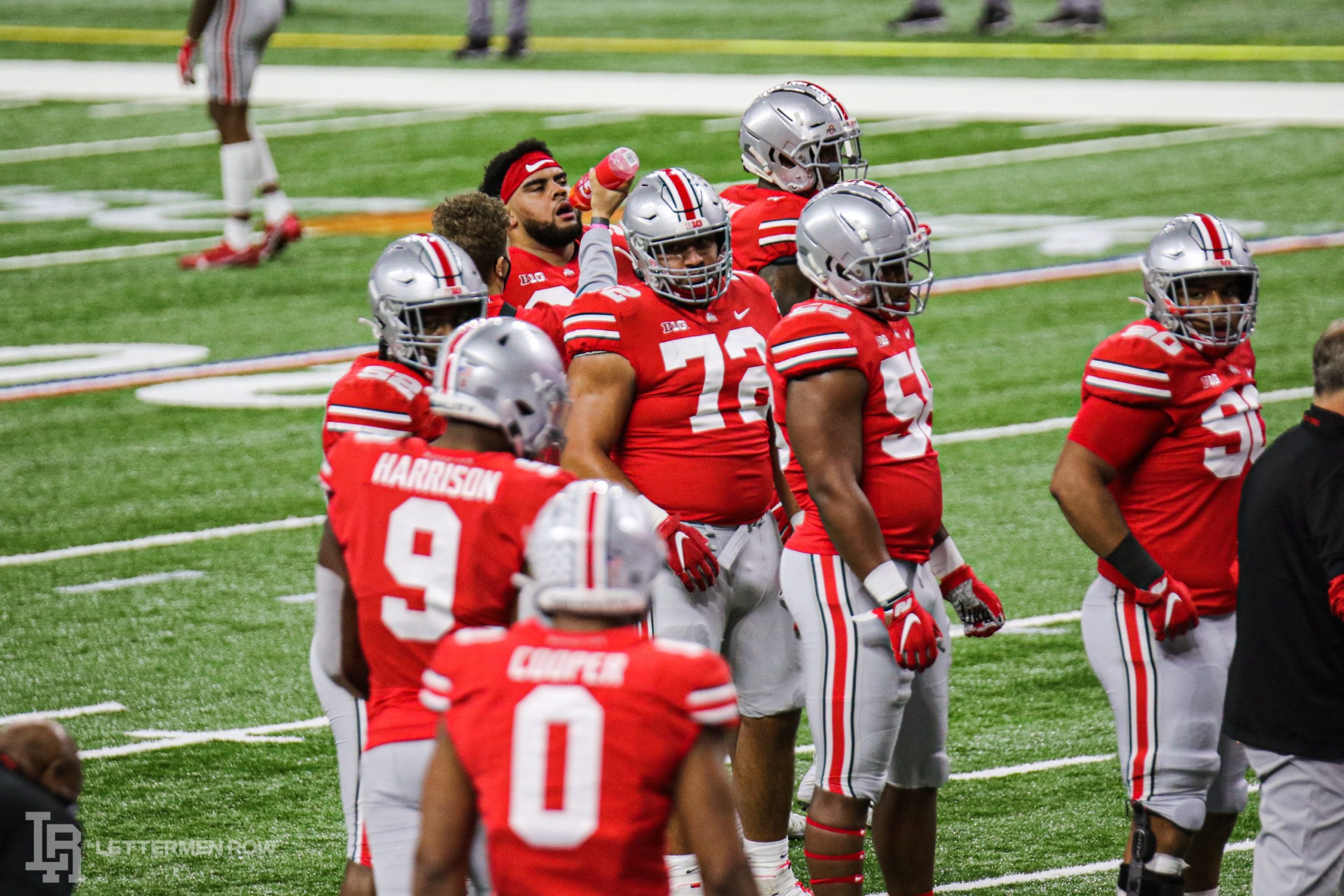 The stories about his legendary strength started from the moment Togiai arrived on campus. And considering how little the Idaho product seemed to want the spotlight, he understandably grew a bit tired of talking about his bench-press reps or when he first picked up a weight. But the rest of the Buckeyes were consistently in awe of what Togiai could do, more than making up for his humble approach and making it clear just how high they believed his potential was on the defensive line.

Togiai showed flashes all along of what he could become, but it still took a couple years before he was ready for a prominent role. Clearly he was ready for it last season, emerging into an almost-unblockable force for the Buckeyes who was constantly in the face of quarterbacks or leaving no room for running backs to operate on the ground. Along with Haskell Garrett, Togiai formed one of the most talented tandems in the country while powering Ohio State through the blowout Sugar Bowl victory.

If there was a position of concern heading into last season, it was widely expected to be at defensive tackle. The upside of Togiai was obvious, but he hadn’t been a full-time starter yet in his career and Garrett also hadn’t done much more than supply depth. Those two completely obliterated those doubts, although there was a noticeable drop-off against Alabama when Togiai wasn’t there that could again put that position under the microscope this offseason.

The make-or-break moment is coming for Taron Vincent now, and he’ll be at the front of the line to shoulder more of the load at defensive tackle. Vincent was signed by the Buckeyes as the top-ranked player in the nation at the position, but so far injuries have kept him from living up to that billing. Jerron Cage showed progress as a junior for the Buckeyes, the early reviews for Ty Hamilton have been positive after his freshman campaign and Jaden McKenzie and Jacolbe Cowan both bring size and potential to the mix. Larry Johnson has options, but he’s going to need to work more of his magic to help fill the void left by Togiai.

When the feedback from NFL scouts and the draft advisory board suggests it’s time for a player to move on, Ohio State is never going to stand in the way. Togiai hasn’t revealed any specifics about what his grade was during the process, but it likely was enough to sway his decision since the Buckeyes went into the weekend expecting he would return for his senior season. Instead, the Buckeyes will have to get some younger guys ready for more snaps than might have otherwise been projected, and the standard at the spot is incredibly high thanks to Togiai.

Bottom line: Losing Tommy Togiai is a significant blow for a unit that had the pieces to potentially be the best in the nation, and replacing his production on the interior won’t be easy.