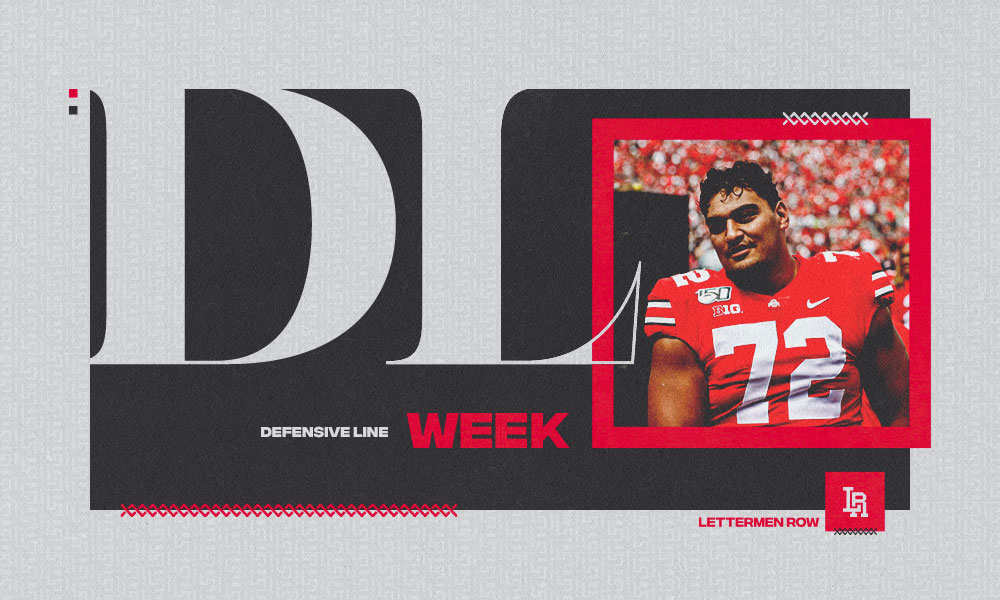 The speculation, debate and conversations about Ohio State never end, and Lettermen Row is always ready to dive into the discussions. All week long, senior writer Austin Ward will field topics about the Buckeyes submitted by readers and break down anything that’s on the minds of the Best Damn Fans in the Land. Have a question that needs to be tackled, like the one today about Ohio State and Tommy Togiai? Send it in right here — and check back daily for the answers.

I think Tommy Togai could gain some B1G notoriety this season. Thoughts?

The potential has never been a secret with Tommy Togiai.

Ohio State saw the raw power from the moment he stepped foot on campus and was instantly tabbed as one of the strongest guys on the roster. The Buckeyes have seen the energy up close, watching take on the challenge whether he’s facing a double-team block or chasing down a tackle all the way across the field. And over time, the technique has continued to get better as it does for everybody who spends multiple seasons working under legendary position coach Larry Johnson.

So, there’s no question at all that the Buckeyes expect Togiai to be an All-Big Ten performer and eventually an NFL Draft pick. The junior just has to go out and prove it now that his time to lead the way at defensive tackle has arrived.

“I think I’ve improved a lot from last year,” Togiai said in December. “Gained a lot of maturity, too, throughout this year. I think a lot of my technique has improved. 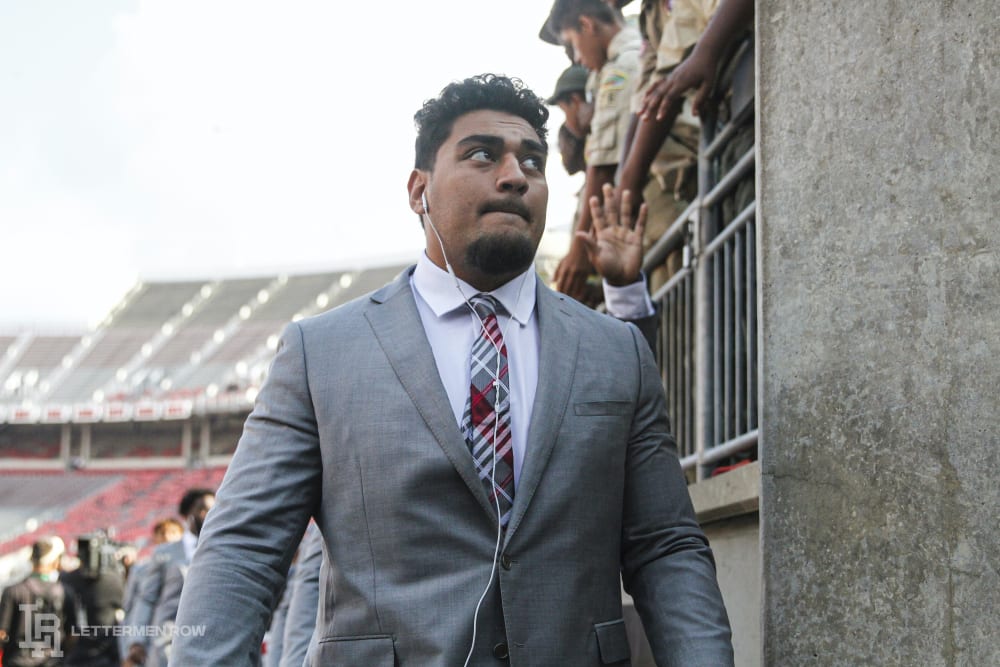 Ohio State defensive tackle Tommy Togiai should be in line for a heavy workload. (Birm/Lettermen Row)

Those older mentors are now gone. And while the loss of DaVon Hamilton, Robert Landers and Jashon Cornell on the Ohio State defensive line doesn’t generally get as much attention as the departure of Chase Young, filling the void on the interior is absolutely critical if the unit is going to keep operating at the program’s sky-high standards.

Togiai doesn’t have to shoulder that load all by himself, though his rock-solid frame and broad shoulders can surely handle as much pressure as the Buckeyes want to heap on him. The Buckeyes have other seasoned veterans in Haskell Garrett and Antwuan Jackson who will play key roles, and Taron Vincent looks poised to finally show his five-star potential after missing all of last season with a shoulder injury. But when it comes to matching the game-wrecking dominance of Hamilton a year ago, Togiai is the one who should be filling those shoes.

The 6-foot-2, 300-pounder is a rare physical specimen given the way he combines incredible strength with nimble agility –and more speed than anybody his size should have. He’s also shown glimpses at what Johnson can bring out of him when given opportunities to come off the bench, chipping in 26 tackles with four tackles for loss and a pass batted down during his first two seasons with the program. But if he doesn’t blow past those numbers and start mixing in a couple sacks as well this year, it would undoubtedly be a surprise — and probably not a good sign for the Buckeyes.

Bet on Tommy Togiai living up to the hype this year, though. And the awards and spotlight will surely follow from there.

Continue Reading
You may also like...
Related Topics:Featured, Tommy Togiai