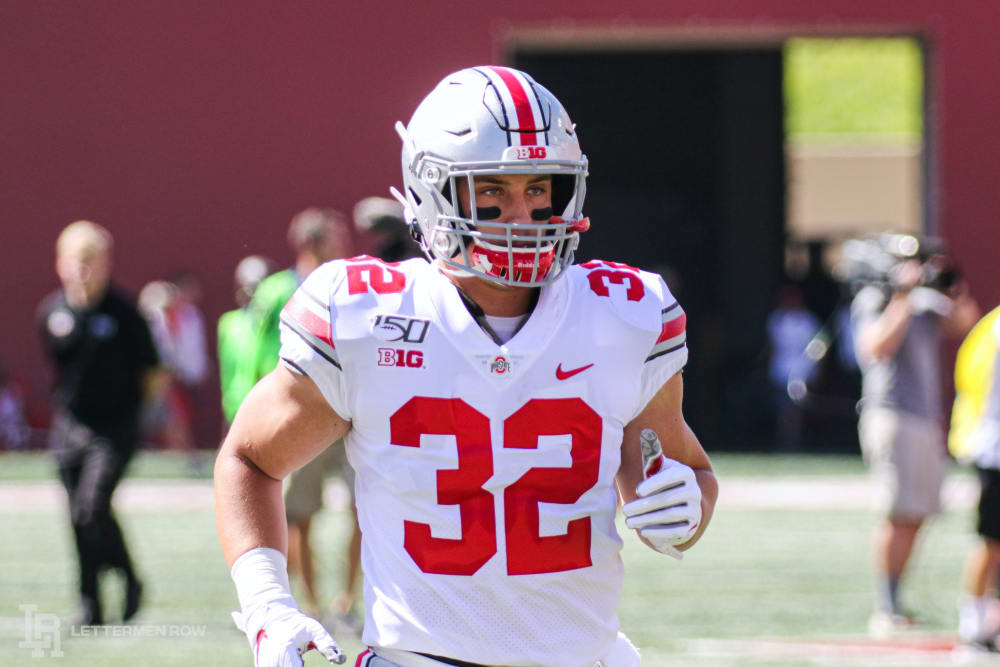 COLUMBUS — Tuf Borland has been a leader on the Ohio State defense in each of the last two seasons.

Now, he’s in the Ohio State history book as he enters his last year. Borland was named a captain by his teammates and coaches Tuesday afternoon, making him just the second Buckeyes player to be a three-time captain. He joins former Ohio State quarterback J.T. Barrett as the only three-time captains in school history.

Borland is one of seven captains for the Buckeyes this season, as they find their leaders weeks before the most uncertain season in modern history. The other captains are Justin Fields, Wyatt Davis, Josh Myers, Jonathon Cooper, Justin Hilliard and Shaun Wade.

Cooper was a captain last season, but dealt with an ankle injury that forced him to redshirt and return for a fifth year with the Buckeyes. Fields grew into a leader as the season went on and he became more comfortable. Davis and Myers led one of the best offensive lines in school history last season. Hilliard has battled through injuries during his career and began to emerge last year. Wade returned to Ohio State after passing on the NFL.

Every selected captains certainly has the credentials needed.

Especially Borland, who has faced plenty of criticism during his time at Ohio State, and has been able to brush it off and just keep playing. He’s officially among the best leaders in program history.

“You need that guy. You just need him,” Ohio State strength coach Mickey Marotti said earlier this year. “He’s one of the most dependable guys I’ve ever been around in my 30 years.”

The announcement of captains comes as Ohio State — and the rest of the Big Ten — await the release of a make-shift conference-only schedule amid COVID-19 concerns.

Lettermen Row will have analysis of the captain selection and a breakdown of the schedule when it becomes available.