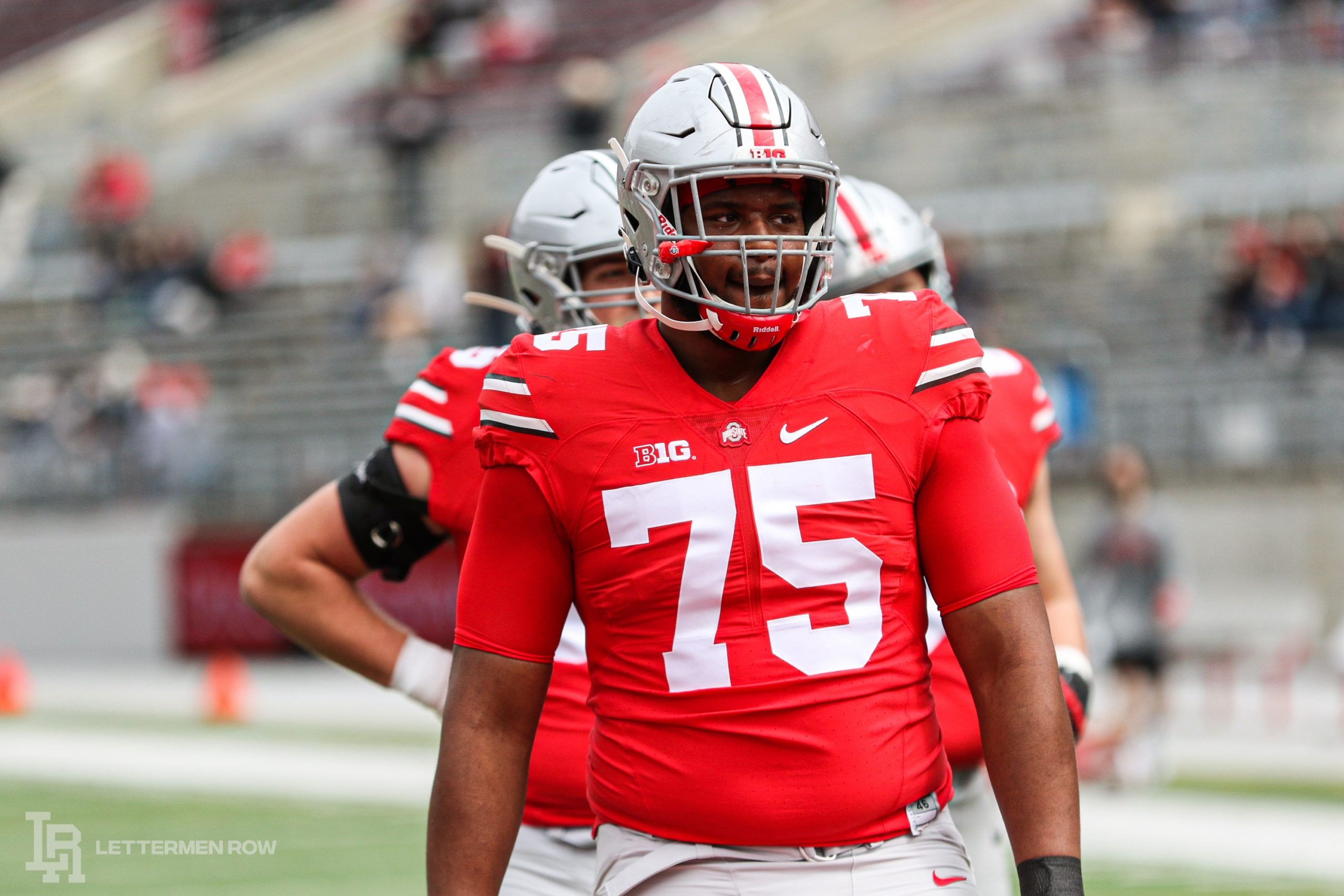 Thayer Munford is positioned to be a first-round pick in next year's NFL Draft. (Birm/Lettermen Row)

COLUMBUS — Ohio State is fortunate to have Thayer Munford back for another season.

The Buckeyes left tackle has been criminally undervalued in his three seasons as a starter in Columbus. He’s protected for two of the most prolific passers in Buckeyes history — Dwayne Haskins and Justin Fields. And he’s created running lanes for J.K. Dobbins and Trey Sermon, too.

There was a point, however, when Ohio State thought Munford would leave early for the NFL, but injuries hindered the 6-foot-6, 321-pound offensive lineman’s fast rise to the next level. And now he’s back for a final season in Columbus, concentrated on earning a degree and being the top offensive tackle in next year’s draft class.

With the 2021 NFL Draft in the books, analysts are turning their attention to 2022. Experts are already projecting him as a first-round pick, tabbed as the first Ohio State offensive lineman selected in the opening round since 2018, when Billy Price went to the Cincinnati Bengals. 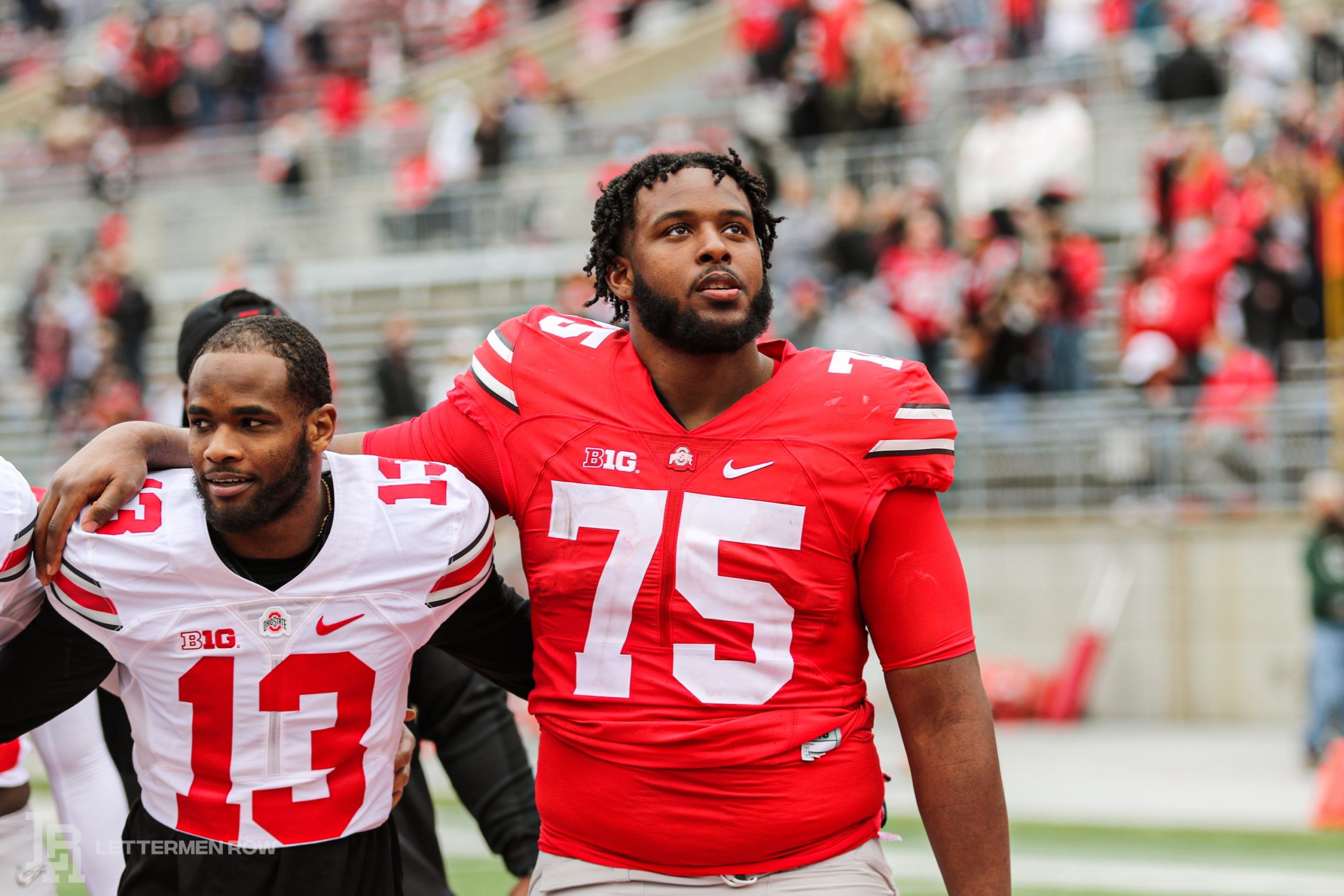 “I think at the end of the season, when we sat down and talked about it, obviously [becoming the first in his family] earning the degree was important,” Buckeyes offensive line coach Greg Studrawa said this spring. “But more: ‘Coach, I haven’t peaked yet. I can be better than this.’

ESPN’s Todd McShay and The Athletic’s Dane Brugler don’t have Munford on their early mock drafts. But FOX college football writer RJ Young predicts the four-year lettermen will picked with the No. 18 overall pick by the Pittsburgh Steelers, the second offensive lineman taken in the draft. Young believes Munford’s size and speed will make him a starter from day one.

Chris Trapasso, CBS Sports’ draft analyst, also has the Ohio State player in his latest mock up. Trapasso believes the Steelers will grab Munford, except with the No. 15 pick in the draft. Similar to Young, the draft analyst thinks Munford can be a franchise-building left tackle.

“I’m not satisfied with where I’m at right now yet,” he said. “I’ve got to keep building myself, my mental state and my technique, too.”

Thayer Munford has helped the Buckeyes reach two-consecutive College Football Playoffs. And he’s protected the quarterback’s blind side, where he nearly never losses individual matches or allowed the pocket to collapse from his side of the line.

He’s shown he can be a first-round talent before, but with nearly another year spent with Mickey Marotti and the Buckeyes coaching staff, there’s no reason why the left tackle’s draft draft stock will continue to rise.