Connect with us
Ohio State wide receiver Terry McLaurin is turning heads of NFL franchises ahead of the draft. (Aaron Doster/USA TODAY Sports)

COLUMBUS — Terry McLaurin knows the professional response to the question.

In some form or fashion, the former Ohio State wide receiver has been asked about potential destinations all along his journey to the NFL Draft.

Every time, McLaurin was able to lean on a familiar message about going anywhere a team will have him. But then there was the projection on Wednesday that had him going in the first round to his hometown Indianapolis Colts, and that was a possibility he couldn’t possibly ignore.

“It’s kind of hard to not pay attention to it,” McLaurin told Lettermen Row. “It’s my hometown, so I have a lot of my family and friends hitting me up about it, things like that. But a good job that my agent helps me with is reminding me that it’s just a starting point. 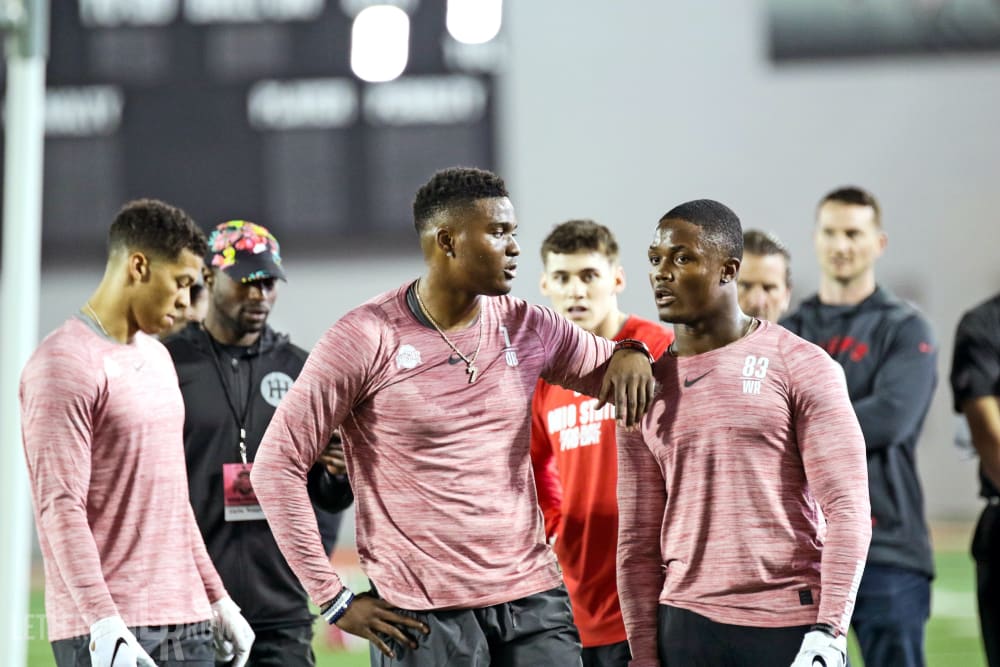 “I want to be drafted as high as possible, so I’ll be blessed to be drafted anywhere. Obviously that was kind of cool to see, just to see how far I’ve come throughout this process. To be considered a possible first-round pick is really cool, so I feel like my hard work and performance has spoke to that possibility.”

That might have seemed farfetched coming into his senior season with the Buckeyes. And even after it was over and he had delivered one of the best all-around performances on the team as a wide receiver, special-teams ace and respected captain, there still wasn’t all that much buzz about him climbing draft boards.

But NFL teams appear to be catching up with what Ohio State already knew about McLaurin, and he’s been one of the fastest-rising prospects in the country heading into next month’s draft in Nashville.

What sets McLaurin apart? How did he feel about his final season with the Buckeyes? Will the Colts wind up taking him? Terry McLaurin sat down in the Lettermen Row film lab to break down his own game and why he’s worth a high pick in a BuckIQ episode that shouldn’t be missed.