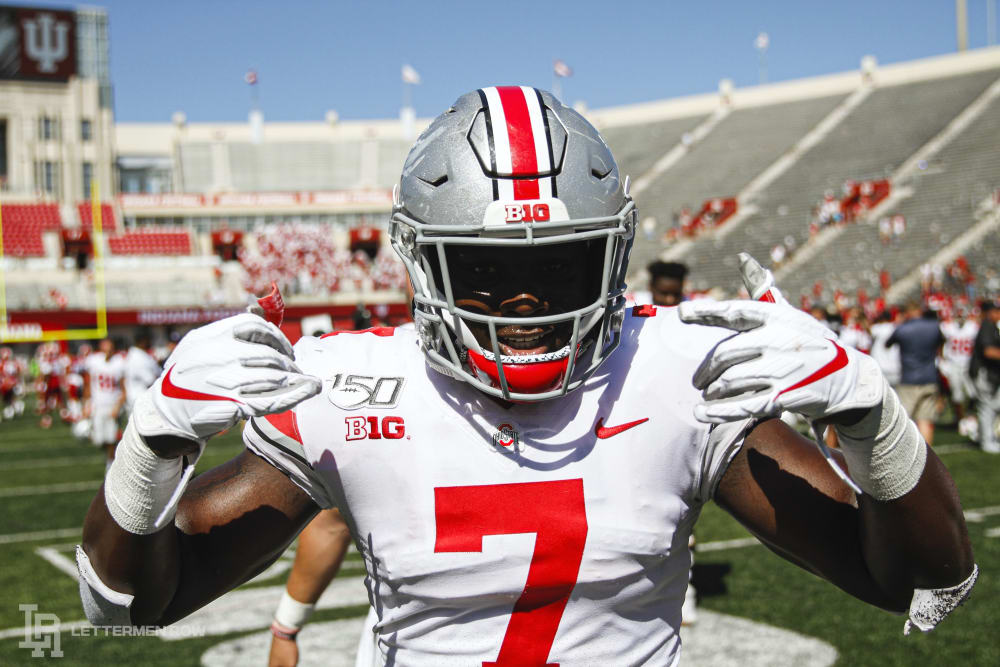 Ohio State linebacker Teradja Mitchell is pushing for a key role with the Buckeyes. (Birm/Lettermen Row)

COLUMBUS — If some folks were smart, they’d put Ohio State linebacker Teradja Mitchell in charge of trying to contain the next possible pandemic.

That’s because the Buckeyes junior approaches life spurred by a simple credo.

“I’ve just been having the same approach,” Mitchell said after practice on Wednesday. “I’m coming in here every day and attacking it.”

Of course, he was speaking about spring drills at Ohio State, which started earlier this week, and not some medical research project. But it is his intention to be part of an outbreak the next few weeks as players in the crowded Ohio State linebackers room try to prove this should be their season for regular playing time.

Two starters return, in seniors Tuf Borland and Pete Werner. Baron Browning (hobbled at one point last year by injury) and Justin Hilliard (granted a sixth year of eligibility after rising from a spate of setbacks in the past) lead the parade of fellows trying to be that third name called, what with the Malik Harrison departure to the NFL draft. 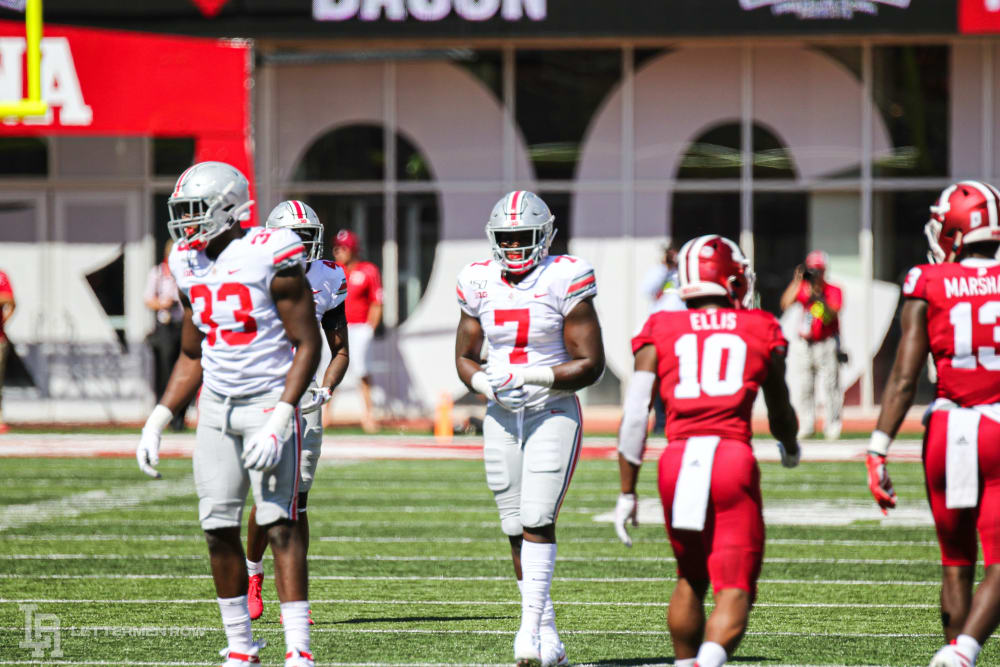 Ohio State linebacker Teradja Mitchell has made an impact when healthy. (Birm/Lettermen Row)

It is quite the parade, including Mitchell, K’Vaughn Pope and Dallas Gant, who three years ago presented a galaxy of four-star prospects intent on putting their immediate stamp on the program. Instead, they’ve had to bide their time while champing at the bit, which promises to make this round of spring practices interesting to watch.

“We have an old linebacker room, a deep linebacker room,” said Hilliard, himself a former five-star prospect who played increasingly better last season in a backup role after recovering from yet another injury, an Achilles tear suffered in the spring.

The competition makes each practice critical, and by the end of this week the Buckeyes will have three in the books of the 15 allotted for spring, taking next week off for spring break before resuming. There’s no play to waste when the video camera light goes red.

“As you get older, opportunities arise,” Mitchell said. “I’m just ready to take advantage of the opportunity.”

He understands where his college career stands.

Mitchell has played extensively on special teams the past two seasons, at least when nagging ailments haven’t sidelined him. The reputation he brought with him out of high school of being ferocious to the point of attack has been enhanced.

“Teradja Mitchell is a beast,” Hilliard said. “Everyone sees it. He’s one of those high-twitch guys, always going, loves to hit. So [like with Pope and Gant], his time’s coming, too.”

The weakside (“Will”) linebacker spot, vacated by Harrison, seems tailor made for Mitchell, too. It’s where he worked at least through the first two spring practices.

“I love it,” he said. “In this defense, you can just play football – the Will linebacker, you’re blitzing, you’re doing it all. Love it.”

For Teradja Mitchell, it’s just another challenge to attack.