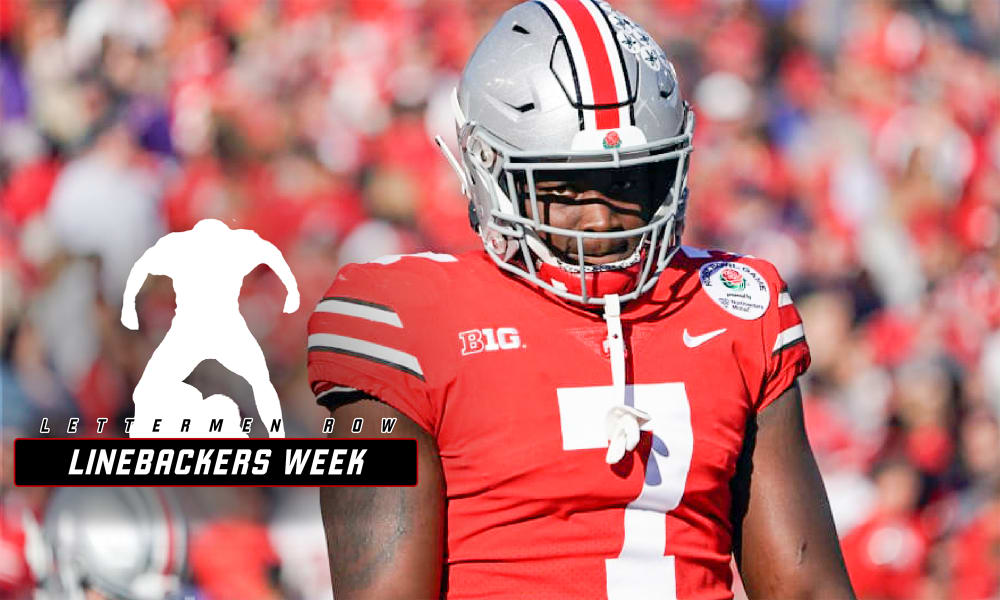 Ohio State linebacker Teradja Mitchell is pushing for a prominent role with the Buckeyes. (Birm/Lettermen Row)

The speculation, debate and conversations about Ohio State never end, and Lettermen Row is always ready to dive into the discussions. All week long, senior writer Austin Ward will field topics about the Buckeyes submitted by readers and break down anything that’s on the minds of the Best Damn Fans in the Land. Have a question that needs to be tackled, like the one today about the potential of Teradja Mitchell as part of Linebacker Week? Send it in right here — and check back daily for the answers.

How much playing time can we see Teradja Mitchell having this year?

The point was hammered home throughout spring camp, even when Teradja Mitchell couldn’t fully unleash the bone-rattling tackles he’s eventually going to be famous for at Ohio State.

His athleticism, his confidence and his potential all point to a linebacker who must be on the field for the Buckeyes this season in some capacity beyond just blowing up plays on special teams like he did as a true freshman. That doesn’t necessarily mean that Mitchell is going to ascend straight into the starting lineup for Ohio State once training camp is over. But it’s certainly a possibility even with a trusted veteran returning at his natural spot at middle linebacker.

At a minimum, Ohio State figures to insert Mitchell into the rotation this season given the way he’s come on after a year of development. And while the comparison isn’t perfect, the Buckeyes have seen how the combination of an experienced senior sharing the workload with a rising star to quarterback the defense can work when it deployed both Curtis Grant and Raekwon McMillan a few years ago. 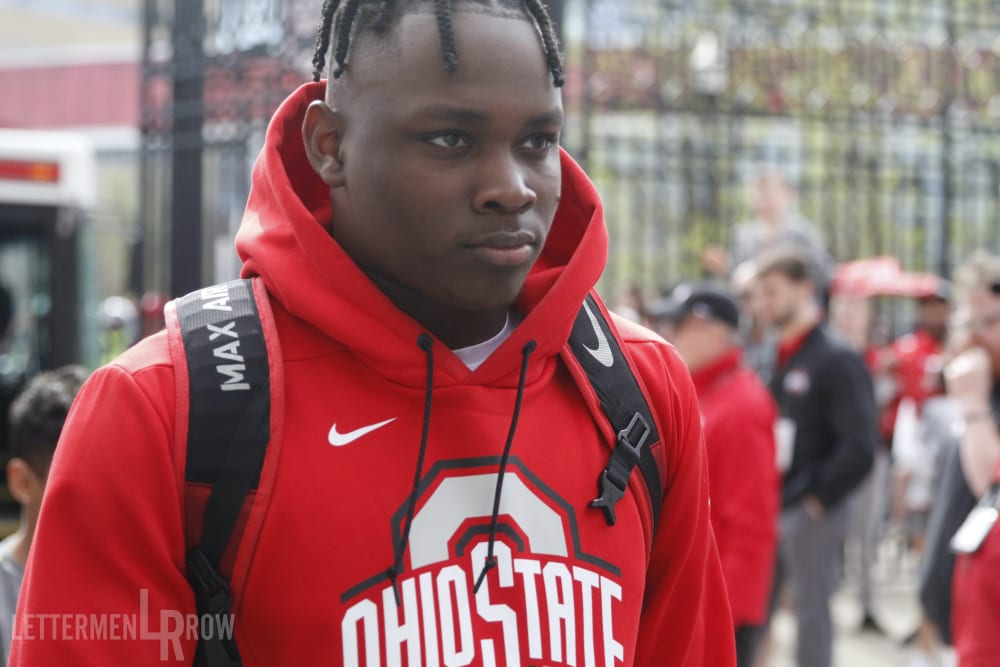 Ohio State linebacker Teradja Mitchell could play himself into a key role for the Buckeyes. (Birm/Lettermen Row)

Maybe that will be the blueprint for Mitchell and Tuf Borland, especially if the captain is now finally back to full strength after an Achilles injury slowed him down last season. Or perhaps Mitchell will build a case in August that he’s just too good to ever take off the field and he’ll cement himself in the middle. At this point, it’s still hard to know for sure how the snap count will work for the Buckeyes, because the linebackers will also be impacted by the new Bullet position, which also changes the math for Mitchell and the rest of the unit.

But even with all that uncertainty, Mitchell at least made it abundantly clear in March and April that Ohio State can’t afford to leave him on the sideline this fall.

“[I’m] definitely just going hard,” Mitchell said late last season. “As in going through summer and fall camp, I learned how to just work hard, go hard in everything you do.

“And I definitely look to improve in just learning the playbook, learning the defense more so hopefully I can contribute more next year.”

That’s almost certainly going to happen for Teradja Mitchell. The exact details will still have to be worked out when the pads come back on in training camp, but one way or another, the chance to make an impact is on the way.