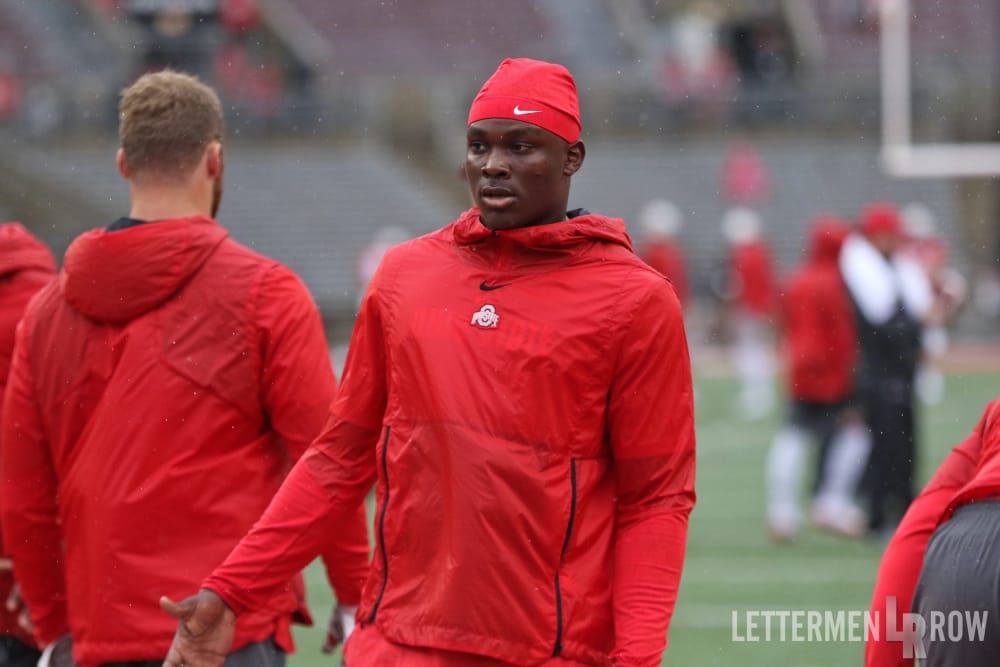 Ohio State linebacker Teradja Mitchell is pushing for a starting job with the Buckeyes. (Birm/Lettermen Row)

The speculation, debate and conversations about Ohio State never end, and Lettermen Row is always ready to dive into the discussions. All week long, senior writer Austin Ward will field topics about the Buckeyes submitted by readers and break down anything that’s on the minds of the Best Damn Fans in the Land. Have a question that needs to be tackled, like the one today about Teradja Mitchell and the middle linebacker situation for Ohio State? Send it in right here — and check back daily for the answers.

What’s the likely chance Teradja Mitchell starts this season? Sounds like after Coach Day talked that he might push for the starting spot.

Maybe the decision will be easy for Ohio State.

Perhaps a rising star will put on a show during training camp, flashing the undeniable athleticism that was on display when Teradja Mitchell was flying around on special teams as a freshman and throughout the spring as he started building his case for a spot in the lineup. The sophomore certainly has the ability to leave no doubt that he should be on the field for the Buckeyes, and the program might see no sense in waiting any longer before handing him the keys at middle linebacker.

But it’s also possible that Tuf Borland can make this a torturous first real test for new position coach Al Washington. Borland clearly wasn’t anywhere near full strength as he struggled with consistency last season. Assuming he’s finally, completely back to the level he was at two years ago, Borland has plenty of seasoning in the Big Ten, tons of motivation to return to form — and a captaincy that could make a demotion tricky.

If it’s clear that Mitchell is the best option, the last part really shouldn’t be an issue for the Buckeyes. Even for new coaches, it can be hard to ignore the reputation for players when it comes to both experience and intangibles. But an important part of leadership is accepting a role, doing what’s best for the program and being selfless with teammates. There’s no reason at all to believe Borland wouldn’t understand if Mitchell clearly beats him out — and Washington’s primary responsibility is to put the Silver Bullets in position to succeed. 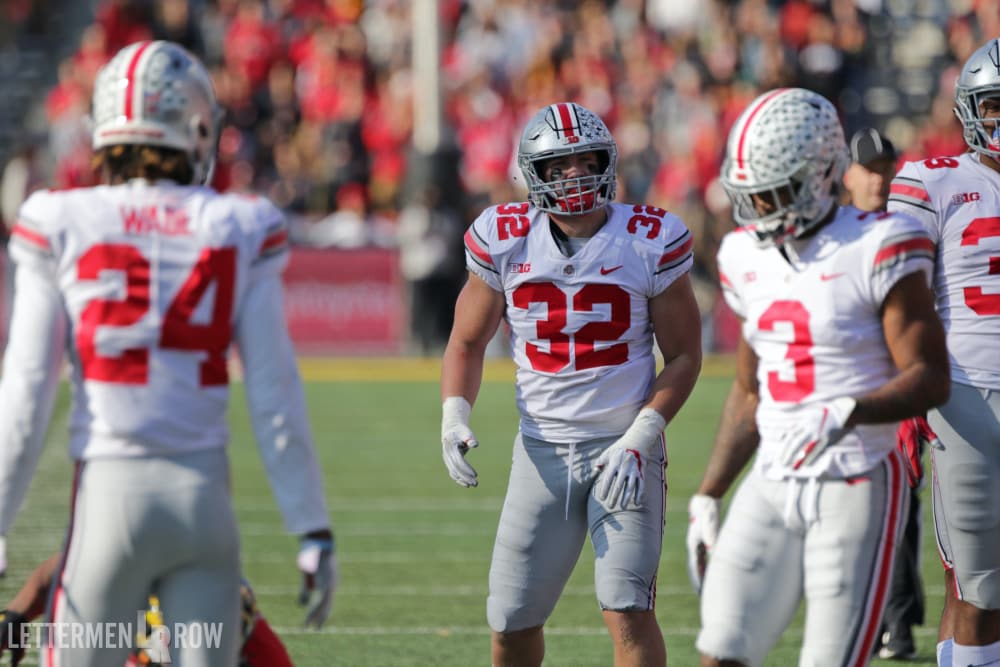 The Buckeyes can’t afford to make a decision based on seniority, particularly after breakdowns at linebacker over the last two years factored so significantly in the program missing the College Football Playoff.

” … Al Washington has got his hands full. I talk to him all the time about you’ve got to figure out who’s going to play, and it’s a good thing.”

It’s possible that Ohio State could wind up playing both of them, and it has had success in the past sharing the responsibilities as the quarterback of the defense. The Buckeyes made it work with Curtis Grant splitting time as an upperclassmen when Raekwon McMillan was forcing his way into the rotation as a freshman, and that might be an option that gains traction over the next few weeks once practice starts.

But it’s really going to depend on what shakes out during training camp. Both Tuf Borland and Teradja Mitchell are going to have opportunities to stake a claim to the starting job.

Borland has proven that he’s a real asset when not rushing back from an Achilles injury, and the captain is not going away without a fight. Mitchell was recruited as a potential building block of the defense and has the upside of a player who might not be on campus after three years.

Heading into the start of camp next week, odds are that isn’t going to be an easy decision. But honestly, the harder it is for the Buckeyes to pick one guy, the better off they’ll be knowing two can handle the job.

BuckIQ: Ohio State has talent to get Silver Bullets back on track
Watch this video on YouTube.