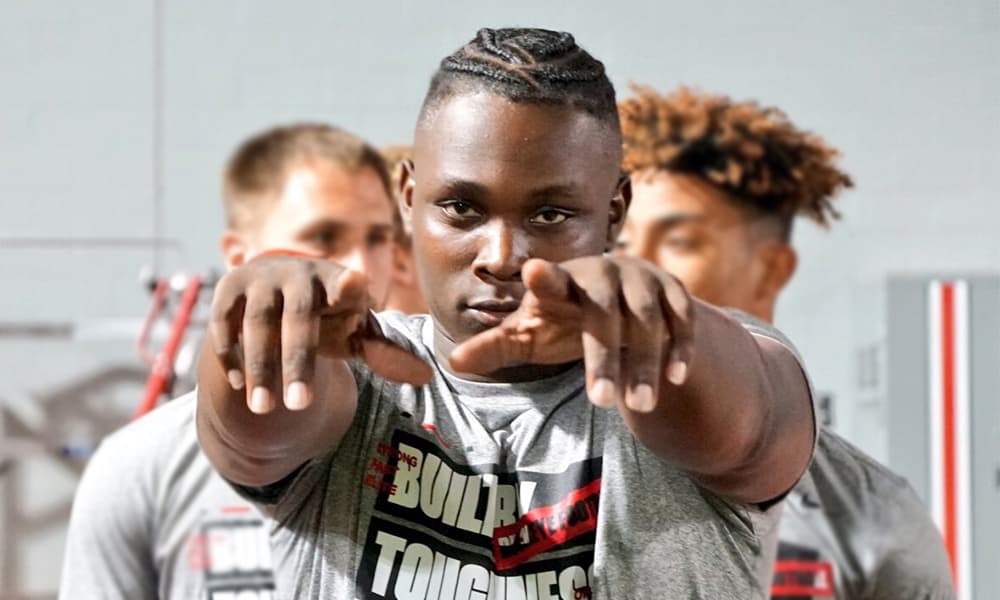 COLUMBUS — The new Ohio State linebackers are wasting no time making an impression in training camp. And now Teradja Mitchell is the latest newcomer to earn the right to represent the Buckeyes.

The physical, hard-hitting freshman was ceremonial welcomed into the program on Thursday by having his black stripe removed, following in the footsteps of Dallas Gant to give the linebackers two of the first three 2018 signees to be honored in front of teammates. Ohio State paid tribute to Mitchell on social media after the sixth practice of August came to a close, offering another sign that the depth and talent at the second level of the defense is perhaps stronger than it’s been in years.

“Some guys shy away when we get the pads on,” Ohio State director of player development Ryan Stamper said in school video. “This guy stepped in when we got the pads on.” 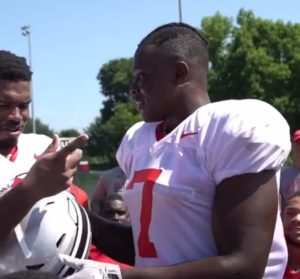 That willingness to embrace contact and dish out some punishment was a trademark for Mitchell during his high school career at Bishop Sullivan (Virginia Beach, Va.) where he developed into a 4-star prospect. With Ohio State trying to replace both starting outside linebackers from last season, Mitchell appears to have put himself at least in the conversation for playing time early in his first training camp with the Buckeyes.

Malik Harrison is projected to take one of those jobs left vacant by Jerome Baker and Chris Worley. But the battle for the other spot appears to be heating up with Dallas Gant getting his black stripe off on Wednesday, Pete Werner emerging as a viable candidate for playing time and the possibility of Keandre Jones, Baron Browning or Justin Hilliard all being in the mix as well.

There is, of course, some inexperience for the Buckeyes to deal with heading into the opener against Oregon State on Sept. 1. But in terms of recruiting rankings, raw ability and positional versatility, Ohio State has just about everything it could ask for at linebacker.

And no unit thus far has had its young guys make a bigger impact after a week of practices than the linebackers, with the latest blow coming from Teradja Mitchell.