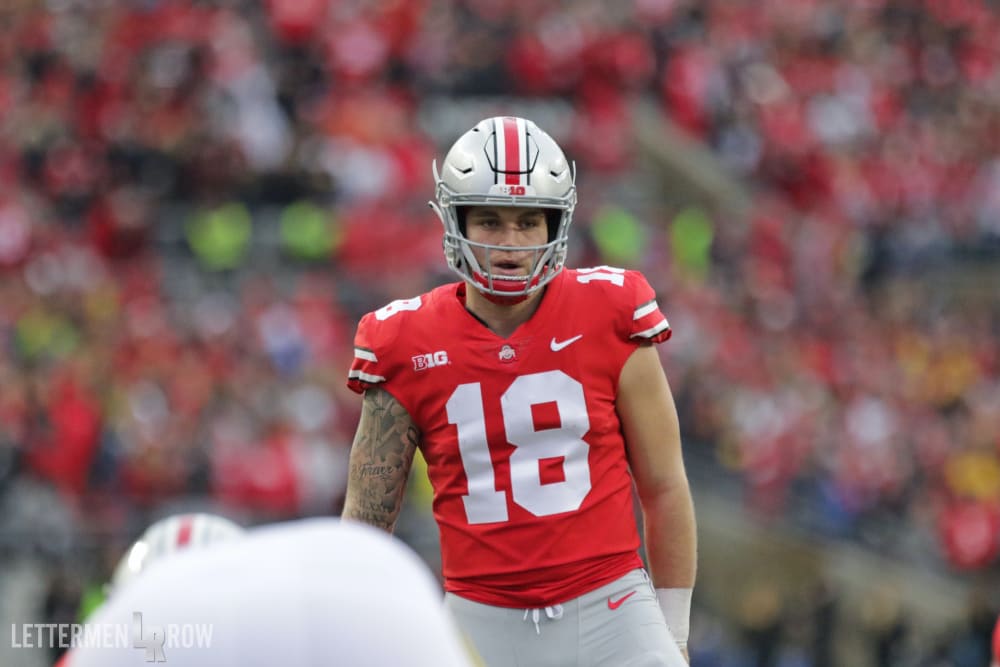 COLUMBUS — Ohio State added one touted former recruit at quarterback, but that may lead to the exit of another.

After vowing to stick around and fight for a job as the starter, Tate Martell has entered his name into the NCAA transfer database and is now free to be contacted by any school around the country. Multiple sources with direct knowledge and access to the database confirmed the news to Lettermen Row on Thursday.

By no means does this ensure that Martell will be leaving the Buckeyes. But this is the first step toward a potential departure as it opens up the redshirt freshman’s options to every school in the country — just as it did Justin Fields last month when he started the process that ultimately led to his decision to enroll at Ohio State.

The entry of Martell’s name does, though, represent a dramatic turnaround from his comments about embracing a quarterback competition with Fields and Matthew Baldwin just days before the Rose Bowl.

“Why would I leave for someone who hasn’t put a single second into this program yet?” Martell said. “I’ve put two years of working my ass off for something that I’ve been waiting for and dreaming of having my whole life. There’s no doubt, I know I wasn’t ready my freshman year, but two years of waiting around and having to compete with guys like Dwayne Haskins, Joe Burrow and J.T. Barrett, I know that I’m an elite quarterback. When I get my chance I will run the offense at a very high level.

“I think [the transfer rumors] because everybody has seen what I accomplished in high school and figured that I would want to get on the field, which I do. There’s no doubt I want to get on the field. But all that stuff is in the past. I want to play for Ohio State. It’s been my dream since I was born to play for Ohio State, and I’m not just going to walk away from something that I’ve put so much time into and there’s not a chance that I won’t go out there and compete and fight for my job.”

Lettermen Row will have more on this situation as it develops.

First-round streak ending, what’s next for Ohio State at cornerback?
Ohio State: What happens next for Tate Martell, Buckeyes?
Advertisement