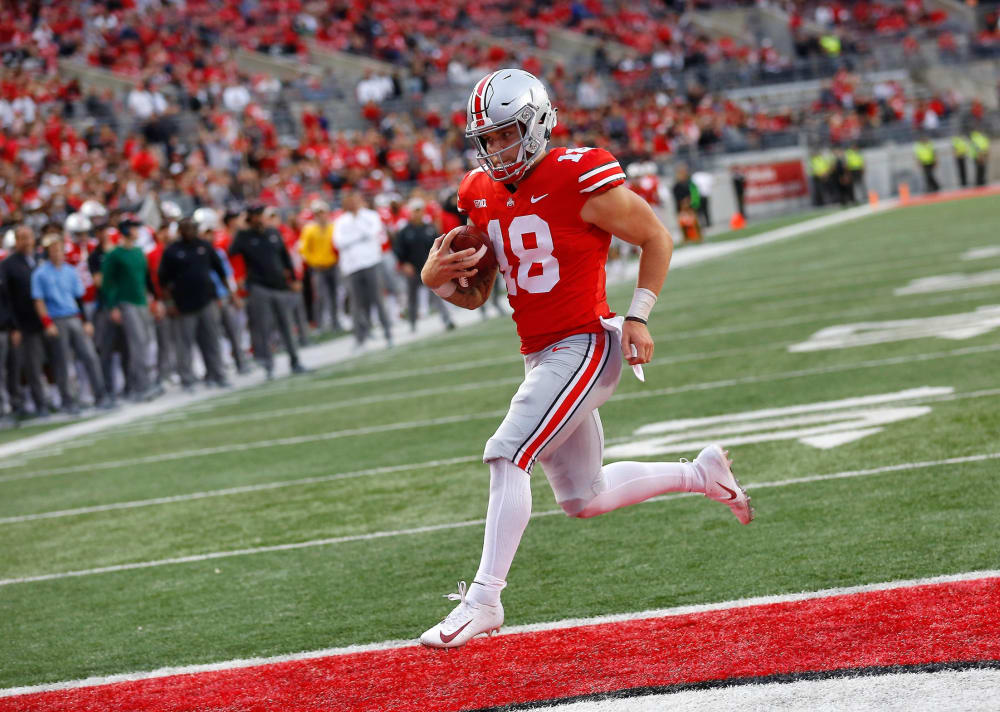 The speculation, debate and conversations about Ohio State never end, and Lettermen Row is always ready to dive into the discussions. All week long, senior writer Austin Ward will field topics on Urban Meyer and the Buckeyes submitted by readers and break down anything that’s on the minds of the Best Damn Fans in the Land. Have a question that needs to be tackled, like the one about Tate Martell helping the rushing attack? Send it in right here — and check back daily for the answers.

switching to pro-style offense or adding Tate Martell packages into the offense. Nothing wrong with Dwayne at all. He’s great. But this offense isn’t set up for a throwing qb. We have no run game and that’s a problem.

Ohio State is putting every possible option on the table to fix the glaring problems with the rushing attack and the red-zone offense. Naturally, that’s going to include a discussion of Tate Martell, but there are a handful of reasons that isn’t likely going to be the best solution for the Buckeyes as they try to regroup for a run at the Big Ten title.

The most important reason? Putting Martell on the field takes Ohio State’s actual best weapon off it. Yes, Dwayne Haskins has contributed in some respects to the breakdowns inside the 20-yard line. And, sure, relying on him to keep throwing when the space gets compressed near the end zone isn’t really the most viable plan and blew up spectacularly in the upset loss at Purdue. But the Buckeyes aren’t the first pass-first offense in history that hasn’t had a true rushing threat quarterback, and it shouldn’t need to come up with a gimmick package to get the job done.

Ohio State still has one of the biggest offensive lines in the country. The roster still has both J.K. Dobbins and Mike Weber in the backfield. And if the approach has perhaps been too straightforward, the Buckeyes can get creative without needing to send their best player to the sideline to let Martell take the reins of the offense — one that is still one of the best in the country, for the record. 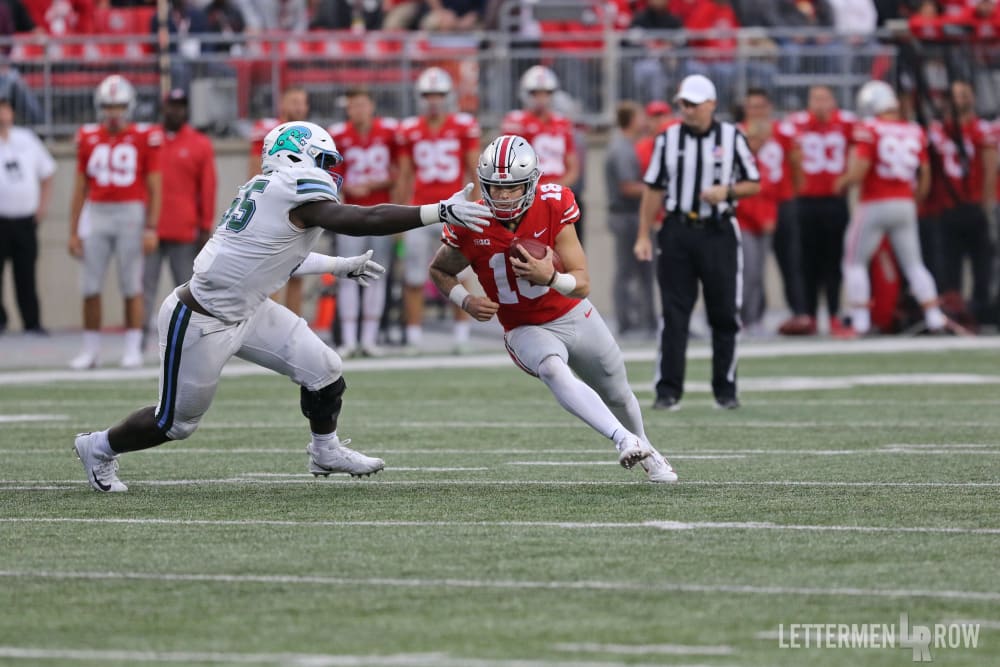 This also isn’t solely a schematic issue for Ohio State. The offensive line has had notable struggles getting the kind of run-blocking push the program expects up front. Dobbins and Weber have also at times looked more tentative than they ever did in the past in certain situations. Maybe in the end that does circle back some to the coaching, but simply improving the execution coming out the off date figures to go a long way toward clearing up the issue.

Maybe putting Weber and Dobbins in the backfield alongside Haskins would create a more dynamic, unpredictable attack. Perhaps utilizing jet sweeps or pop passes with Parris Campbell or K.J. Hill more consistently would put defenses on their heels. What about installing more multiple-tight end sets to retain the ability to both throw or pass if need be?

There isn’t a shortage of options for Ohio State, of course. And it also has more than enough talent to expect that the program will get the results it’s looking for down the stretch. Certainly Martell is part of the conversation, and the Buckeyes also have seen before how tabbing a quarterback as a red-zone specialist sparked the offense in the past.

But Ohio State has also never had a quarterback like Dwayne Haskins on the roster. And more than anything, it shouldn’t need to squander his skills just to find a fix on the ground.