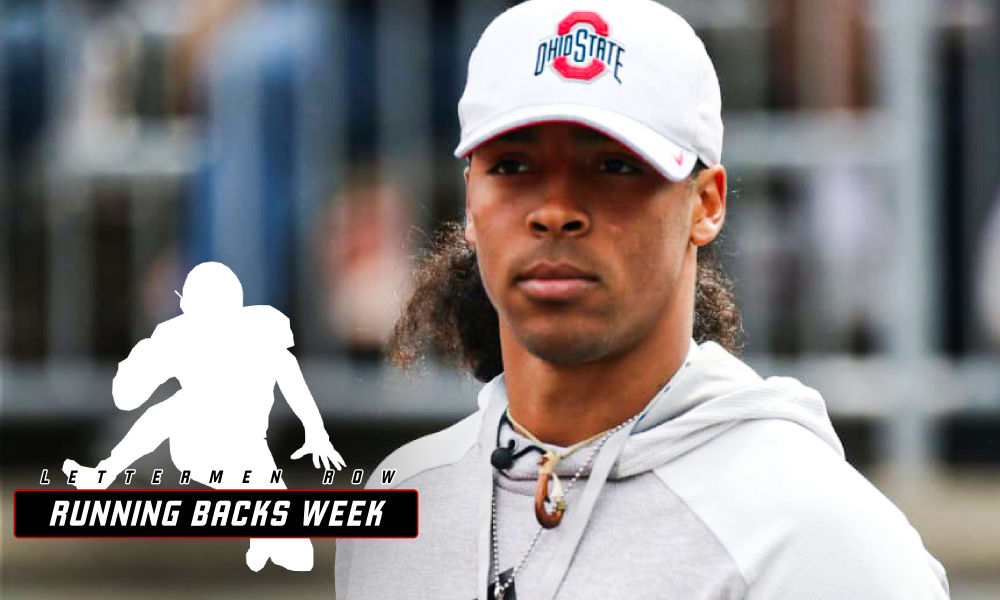 Forget about picking a singular moment for Steele Chambers.

Not even what is believed to be a Georgia High School Association-record 58 career starts paints the full portrait.

The prep career closes in mural form for Steele Chambers; starts as a freshman, playing all over the field, shining in the playoffs and winning championships.

“He made a catch in the quarterfinals of the playoffs last year at a place called Thompson, and their stadium is called the ‘Brickyard,’” said McFarlin, whose time seeing Chambers shine stretches all the way to Chambers’ days in their feeder program. “We send him backdoor, quarterback bootlegs and our quarterback throws back to him, and it’s just an uncatchable ball that he caught.

“A moment where everybody looks at each other, no explanation for what just happened. He planes out, parallels the ground a good three or four feet, just one of those amazing plays.”

“Last year in the state championship, we lost our middle linebacker, JD Bertrand, he actually signed with Notre Dame, and we lost him in the semifinals,” McFarlin told Lettermen Row. “Steele made the move to essentially our middle linebacker spot sitting in the middle of box, calling our defense.

“I thought that was huge. You play an opponent as good as Cartersville, Trevor Lawrence’s school, you play them, you lose your main guy, the play-caller on defense and replace him with a guy like Steele? It gave us comfort.”

Not so much the opposition, McFarlin remembers.

“I’m friends with their coach and talked to him, and he said it was so discouraging to get out there and look and see you moved Steele there to the middle. His presence added so much value.”

“Our defensive coordinator, John Thompson, we have always said Steele is one of the very few guys who could step into college football and play on either side,” says McFarlin, whose program is two-time defending Georgia AAAA champions. “He played two years at safety, two years closer to the box. Credit Coach Thompson with that.

“And in that same Thompson game I mentioned, I saw Steele run a guy down on the jet sweep. The head coach at Thompson and I had many conversations on that. He said, ‘Coach, [Chambers] eliminated that side of the field for us. We couldn’t run it over there.

“We’re going to miss him, I can tell you that.” 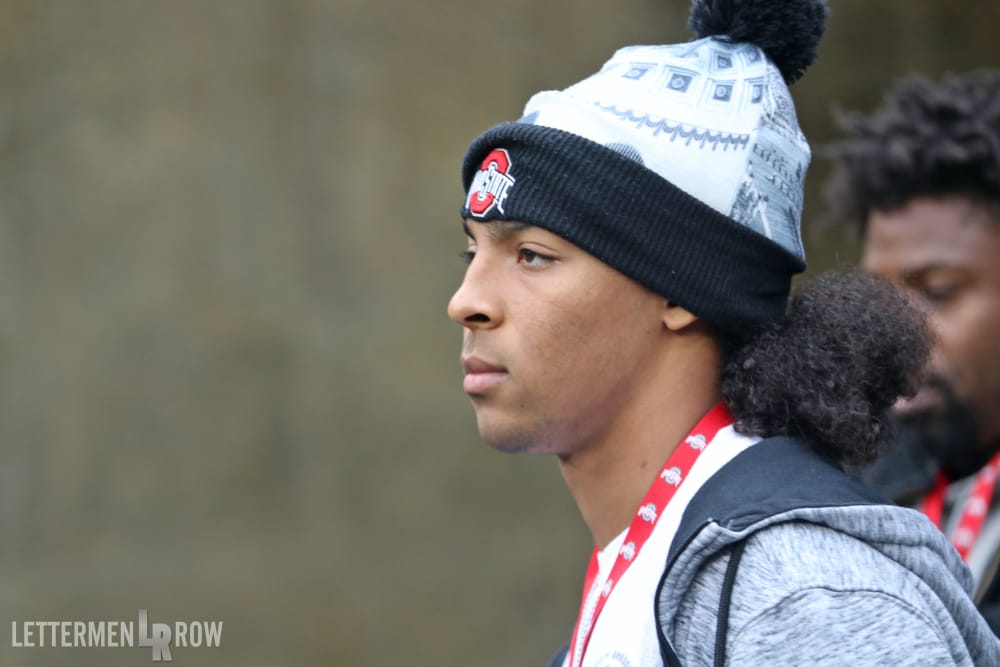 Ohio State running back Steele Chambers will try to compete for early playing time with the Buckeyes. (Birm/Lettermen Row)

Blessed Trinity’s departure is the gain of Ohio State, which already is welcoming Chambers into summer workouts as part of the 2019 signing class.

The 6-foot-2, 215-pounder lends instant depth and a durable frame to the backfield.

“Coming down the stretch, end of the regular season and last six games, four times we handed him the ball 30 times or more,” McFarlin said. “The guy is carrying the ball 30-plus times a game and whenever he would come out, it would be on offense. He never missed a down on defense.”

Chambers is the rare modern athlete, according to McFarlin, who misses very little on or off the field. He carries with him to Columbus an upper-level GPA and a willingness to lead.

“Athletics have been a big part of his life, but things people don’t know about Steele is that he’s a good classmate, teammate and teachers love him,” McFarlin said. “Always hanging right around a 4.0 GPA, and some of that is just so unusual today for some of these high-level football players. Never the way it was for Steele. The same leadership he has on the football field, he has that in school. He’s a kid that as a coach you trust him even when he was away.

In fact, McFarlin brings up a moment of leadership that resonates similarly to Chambers’ many superlative plays.

“Homer Rice years ago called it the ‘Total Person Project,’” McFarlin says. “You don’t always see a lot of those, but Steele is one of them. I remember one time, a good friend of his on the team and a high-level player who signed DI, was out of sorts and had gotten flagged and wasn’t helping the cause. Steele never yells at anybody, but he went over and said, ‘Look man, you gotta clean it up.’

“He made sure to keep the integrity of that kid intact, didn’t make a scene of it. Steele just does things right way.”

“He just had a unique running style for a big guy,” McFarlin says. “He’s a power back, but you never could quite figure out how fast Steele was because everybody wants 40 times. For Steele, he runs as fast as he needs to. He separates from people.

“He had a unique ability to be a power back but also elusive. He could make that step, make people miss. With him what was unique was the combination of several running styles. Other thing that was unique, you couldn’t get a lock on which side of the ball he would play in college because he was so good on both. I think it says he’s just a great athlete. We just had the No. 6 kid taken in the MLB Draft [Blessed Trinity’s CJ Abrams], and I honestly thought Steele was every bit as good an athlete. Baseball-wise, I felt like he was a kid who could’ve gotten drafted. He’s just a really great athlete and a really good person.”

That just might make Steele Chambers the total package for the Buckeyes, on and off the field.
Continue Reading
You may also like...
Related Topics:Featured, Steele Chambers