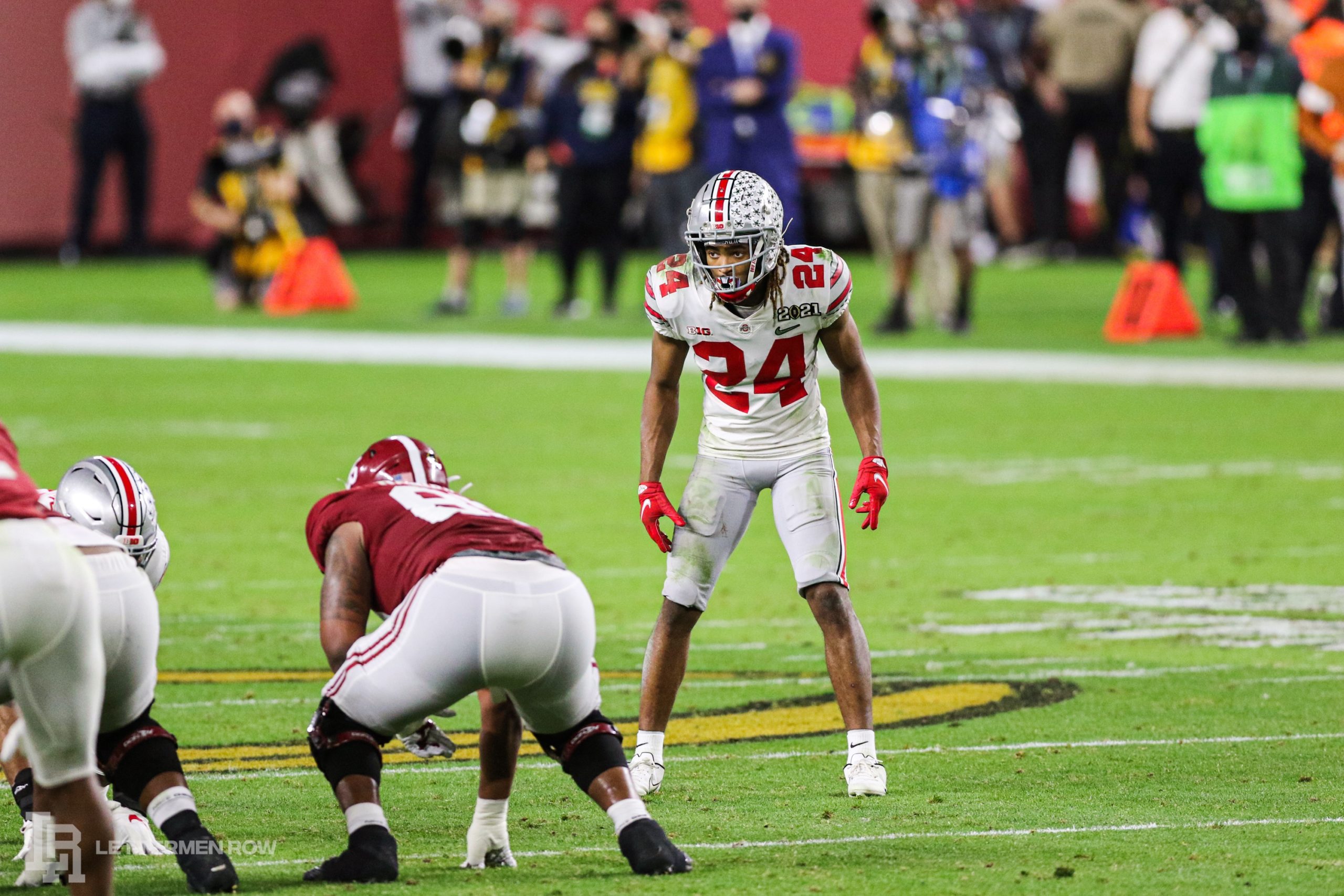 Shaun Wade would be wise to return to Ohio State for another season. (Birm/Lettermen Row)

COLUMBUS — Shaun Wade is in a similar position he was in last year for Ohio State.

To stay for another season with the Buckeyes or head to the NFL? He chose to stay last year, and he is facing the exact same decision now.

In the 2019 season, he was an important piece of a College Football Playoff team that came up short in the semifinal, becoming a shut-down slot cornerback and positioning himself to be a surefire early-round pick in the NFL Draft. But he couldn’t leave without a national title, so he returned.

After a year of struggling to become a shut-down cornerback on the outside, seeing his professional stock slip amid the concerns and losing in the title game, coming up just short of a national championship again, Wade should return to Ohio State.

That doesn’t mean he will, but he should.

“You know, I do want to come back and everything,” Wade said after the national title loss to Alabama, in which the secondary he leads was torched for 464 passing yards. “I’ve got to talk to my parents. It is upsetting that we got here and we just didn’t accomplish the goal, and that’s just been my goal, winning a national championship and just winning big games like this.

“I’ll just go back with my parents, go talk to them and just go from there.”

The idea of heading to the NFL and not delaying the inevitable money that comes with that decision will be hard to pass up, especially a second time. After seeing his draft stock go from potential first-round status to an unknown prospect who some around the league see as a wild card that could fall into the deep rounds of the draft, Wade could just make the leap now and prove himself in the league. 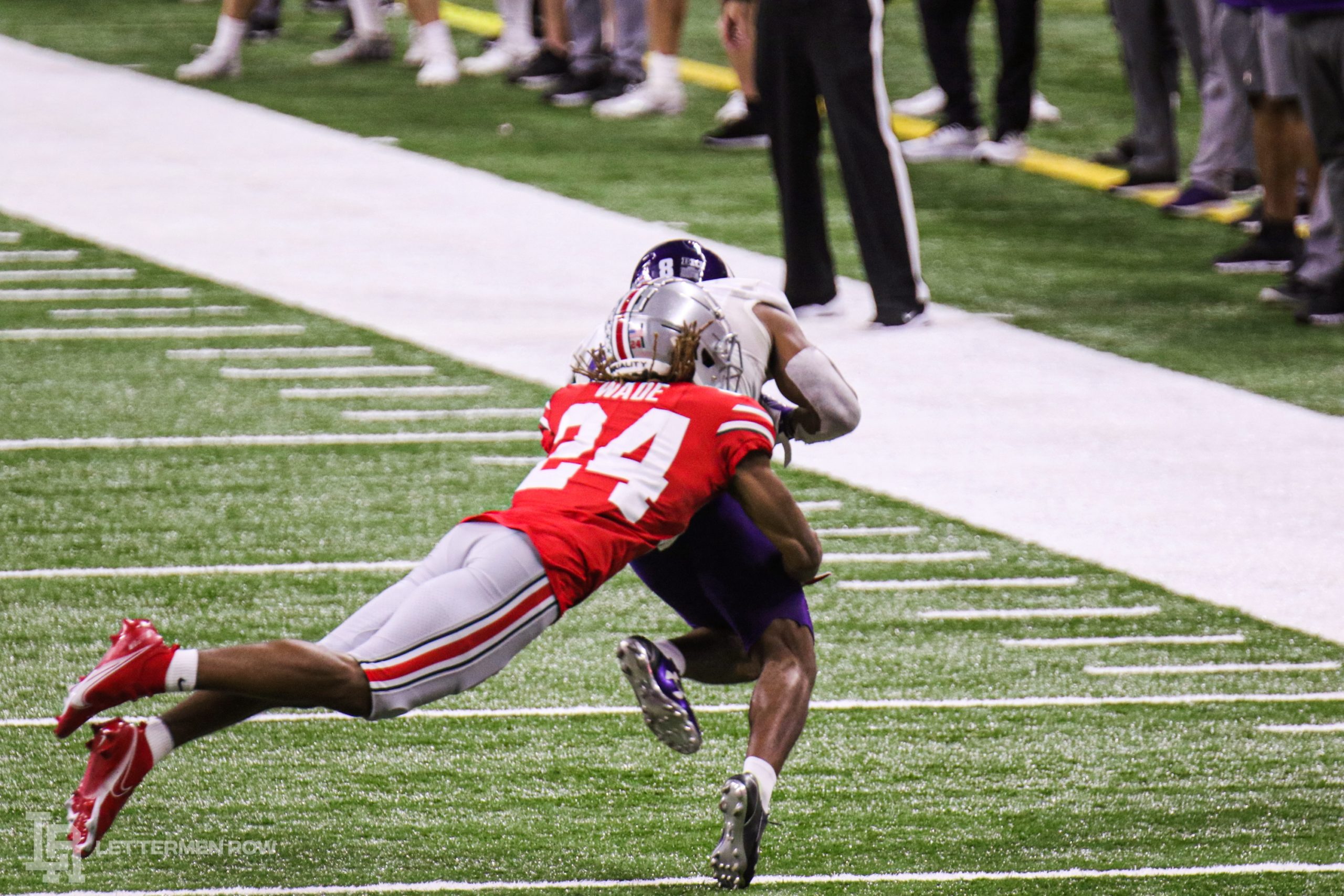 Or he could return for another season at Ohio State, where he will work with a former NFL defensive backs coach and become the true leader of the defense. He would also have the chance to prove himself worthy of that one-time draft grade that would have given him millions that come with being a high-round selection.

Wade’s decision last January wasn’t made alone. With the help of his parents, most notably outspoken father Randy, who truly wants the best for his son, Wade chose to return to Ohio State, betting on himself and trusting that he could show he belongs among the most elite defensive prospects NFL scouts have seen.

Except this season, he failed to show it. Wade’s draft stock has suffered because of it.

There’s certainly a risk that would come with returning for yet another run at Ohio State. More negative film could be detrimental to his NFL dream. Or it could shoot him back into the first-round conversation of the 2022 draft. That decision is for Wade to make. And it could go either way.

If Wade sits down with his coaches, family and scouts and wants to maximize his draft potential, he would be wise to return for another season at Ohio State.

If was worth it after this year, even when his draft stock was falling with each reception against him, it should be worth it again to make amends for the lackluster season in which he still was named an All-American.

“Oh yeah, definitely — [returning] was worth it,” Wade said. “I see myself growing as a man and as a team, and all the young guys growing as men, all the things that we went through, the adversity. I’m happy I came back, and I’m just glad we got here. I’m upset we didn’t get the win, but I’m definitely happy I came back and accomplished some big things with this team.

If Shaun Wade has the same trust in himself as he did last year, he would be wise to make the same decision he made last January. It would be worth it again.