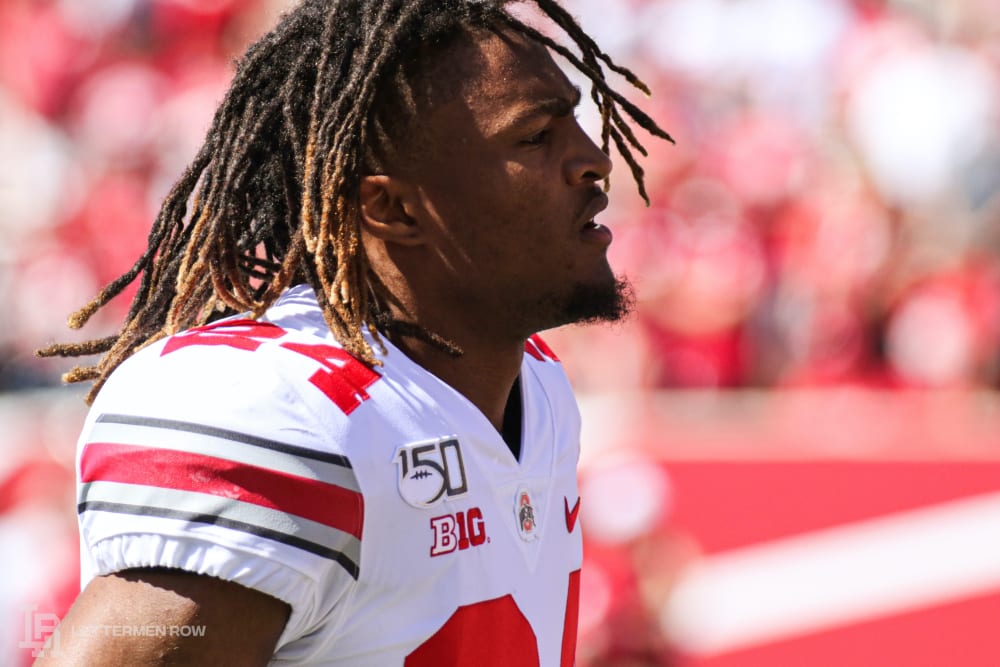 JACKSONVILLE, Fla. — The biggest uncertainty for the roster has been resolved, and Shaun Wade has raised the ceiling for Ohio State heading into next season.

The NFL will have to wait to use the cornerback’s diverse skills, impressive athleticism and nose for the football. The Buckeyes still get to unleash Wade for another year.

The redshirt sophomore confirmed his plans on Saturday afternoon in Florida after a week of deliberations at home with his family, and he’ll now be heading back to Columbus with classes set to resume on Monday and the winter conditioning program ready to ramp up for the Buckeyes. Wade will immediately become one of the leaders for the Buckeyes in that effort, and his decision to stick around is a huge deal for a program that was facing the possibility of losing every starter in the secondary.

The importance of the move can’t be overstated. And after spending the day with Wade during his announcement, Lettermen Row is looking at a few of the ways his return will impact the Buckeyes. 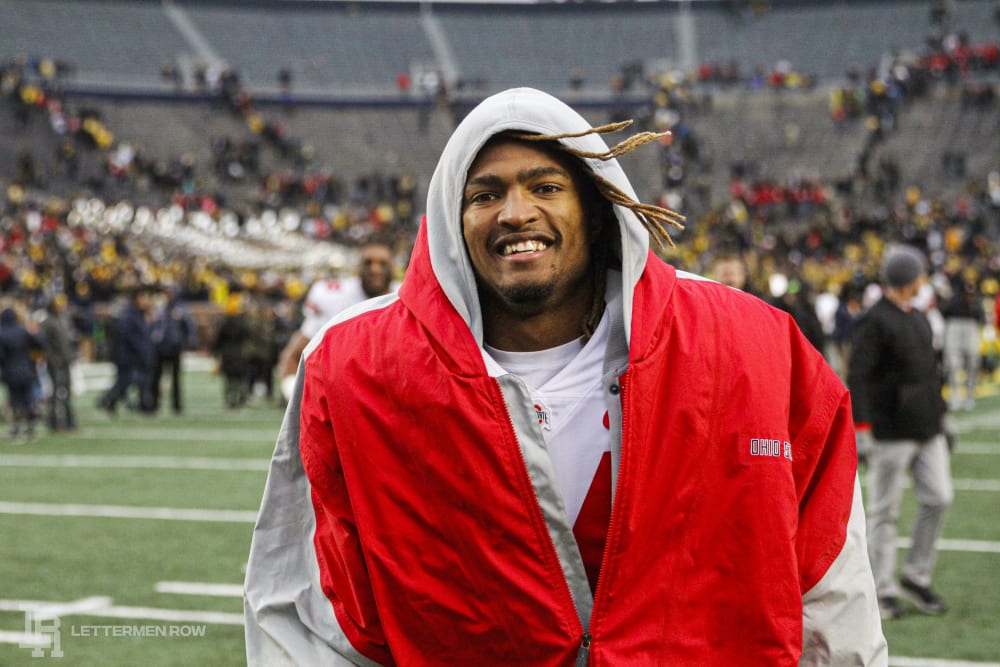 Ohio State cornerback Shaun Wade will have another year to develop with the Buckeyes. (Birm/Lettermen Row)

The possibility that the Buckeyes would be losing all four starters in the secondary was real and daunting, which only added to the intrigue as Wade weighed his options. Jeff Okudah had already made his long-expected choice to move on, and Damon Arnette and Jordan Fuller had exhausted their eligibility. There is talent waiting in reserve for the Buckeyes, who have recruited as well as any program in the country over the last few years. But there would nobody with the kind of experience, proven play-making ability or shutdown reputation if Wade had passed on spending another season with the program. Starting the reloading effort with a potential first-round pick at cornerback is a big deal for Ohio State, and it means that rising starters like Cam Brown and Sevyn Banks don’t have to become the top guy before they’re ready.

The plans for Chase Young, Jeff Okudah and J.K. Dobbins had been in place for so long, there was never any reason for Ohio State to do anything but make plans for 2020 that didn’t include those superstars. Shaun Wade was a much trickier case for the program because his choice really could have gone either way — and that’s why his move will resonate with everybody involved in the Woody Hayes Athletic Center. His teammates will know that Wade could have avoided another offseason of mat drills and intense workouts with Mickey Marotti. The coaches will appreciate his faith in them to develop his skills before heading to the next level. And even recruits watching what transpired will see just how much it means to guys like Wade to stay with the Buckeyes and compete again for championships before jumping to the NFL. There are clearly benefits for everybody that go beyond just winning games next season.

Shaun Wade gets to prove himself as top cornerback

The versatility of Wade will still probably mean Ohio State will be tempted to move him around the secondary, and a few of the lasting memories of last season will include his ability to flash into the backfield as a blitzer and get to the quarterback — yes, including the infamous targeting in the Fiesta Bowl. The expectation at this point is that Wade will get his shot to take over as the top cornerback, drawing the most important matchups and owning half of the field as the lockdown guy for the Buckeyes. Looking at the depth chart and Wade’s need to prove himself in that regard for NFL scouts, that’s surely the best bet for how he’ll be used as a redshirt junior. But there will be surely be times as well when the Buckeyes want to tap into his ability to fly off the edge or help against the run, and it will be fascinating to see how that all plays out — especially if former position coach Kerry Coombs accepts the offer to return to the program and work with Wade again as expected.